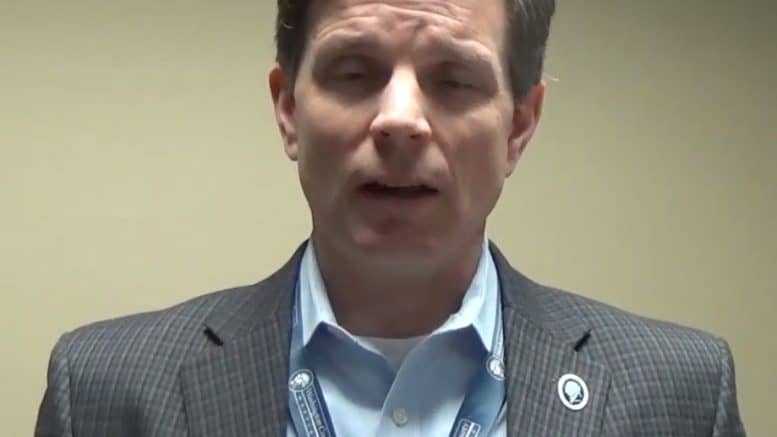 A letter leaked to A Miner Detail on Sunday claims Washington County female staffers are “terrified working in county government” and “are no longer taken seriously.”

The author of the letter requested anonymity so as to write freely about her concerns with the “corrupt” Slocum administration and its inability to properly address sexual harassment issues, including correctly handling the ongoing set of allegations against Washington County Commissioner LeRoy E. Myers Jr., who was accused of groping former Assistant County Administration Sarah Lankford-Sprecher during a 2016 county economic development trip to South Korea.

“It seems that if a Commissioner, LeRoy Myers, can get away can get away with what he did, employees, members of committees, and even volunteer groups think it is okay to harass women in county government unabated with no consequences,” the female staffer wrote.

Commissioner Myers is married to former Cumberland City Councilwoman Nicole Alt-Myers, a Republican, who is running for state delegate in District 1C. To date, Alt-Myers has ignored the allegations against her husband, refusing to publicly address said allegations when asked.

The female county staffer went on to write that women employed by county government are “underpaid” and treated “poorly by top management unless they are just doing as they are told and keep their mouth shut.”

“Rob was horrible to Sarah after talking to HR about what LeRoy did to her in South Korea,” one county employee told A Miner Detail on background.

The Slocum administration refuses to speak to A Miner Detail on the record. County Administrator Slocum has been offered multiple opportunities to sit down for an on-the-record interview with A Miner Detail. He has refused.

Several women have recently expressed how they are terrified working in county government now.  It seems that if a Commissioner, LeRoy Myers, can get away with what he did, employees, members of committees, and even volunteer groups think it is okay to harass women in county government unabated with no consequences.

Women are no longer taken seriously as is evident within the past year from firings, resignations, harassment filings, and general poot treatment by top management unless they are just doing as they are told and keep their mouth shut.  How many women have been afflicted by these horrible things?

It seems to me that this administration doesn’t care about their employees.  It is evident because they continue to be underpaid even according to the salary study with only vacant promises looming, there have been no less that 6 harassment complaints from many areas in county government, and management refuses to stand up and speak the truth.  Myers is wrapped up in so many projects with political ties that as the HR Director said, who might I add is still employed by Washington County, “he is a powerful man” and that people need to learn to play ball.

New policies have been in place with only cosmetic changes and some cursory training, but we have someone who clearly violated those things and got not even a slap on the wrist. Why are people not up in arms about this? What if one of the other six reportings was your daughter, wife, granddaughter, sister, partner or friend? Why is everyone ignoring the fact that he harassed her and it was covered up by the corrupt Administrator and BCC.

How far backwards must we go?

Let’s not forget about these things during this election season.  Please.  We need help…