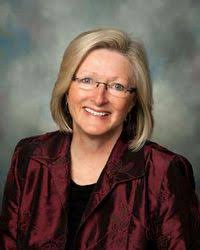 The word on the street in Washington County is that former school board member Donna Brightman is making a political comeback in 2018 and will soon announce that she’ll be a candidate for the Board of County Commissioners.

A Miner Detail spoke with multiple sources in Washington County who said that Brightman is set to launch her commissioner campaign on Monday, Feb. 12.

The kicker: former Washington County Administrator Gregory B. Murray is set to serve as Brightman’s campaign treasurer and senior advisor.

The all-male five-member Republican commissioner board has been rocked by allegations of sexual harassment, crippling dysfunction and severe mismanagement.

Last March, the commissioner board hired Rob Slocum to fill Murray’s vacant county administrator position. Slocum’s tenure so far has been saddled with ethical complaints, dubious leadership and widespread interagency turmoil. County employee morale is at an all-time low and decisions made at Slocum’s behest are shrouded in secrecy, often leaving county employees in the dark.

Brightman, a South County resident who ran unsuccessfully for county commissioner in 2006, was first appointed to the Washington County Board of Education in May 2007 by former Md. Gov. Martin O’Malley (D). She was one of five applicants to fill the office left open by W. Edward Forrest, who resigned his seat in April 2007.

(Forrest recently switched political parties to become a Democrat and announced last year that he will seek election to the Board of County Commissioners.)

Brightman, a centrist Democrat with strong ties to the fire and rescue and agriculture communities, lost her re-election bid to the Board of Education in the November 2016 election.

The former school board president is respected across the board by both Republicans and Democrats alike and is expected to focus her impending campaign on combatting the opioid crisis in Washington County, economic development, education funding and restoring trust in local government.

Brightman, now a political outsider, would likely become a leading contender when she enters the commissioner race.

Another issue that is set to dominate county politics in the upcoming election: ending the dysfunction in county government and removing Slocum as county administrator.

Brightman and Murray have yet to respond to A Miner Detail’s request for comment.

The filing deadline for all candidates seeking office this cycle is Feb. 27 at 9:00 p.m.