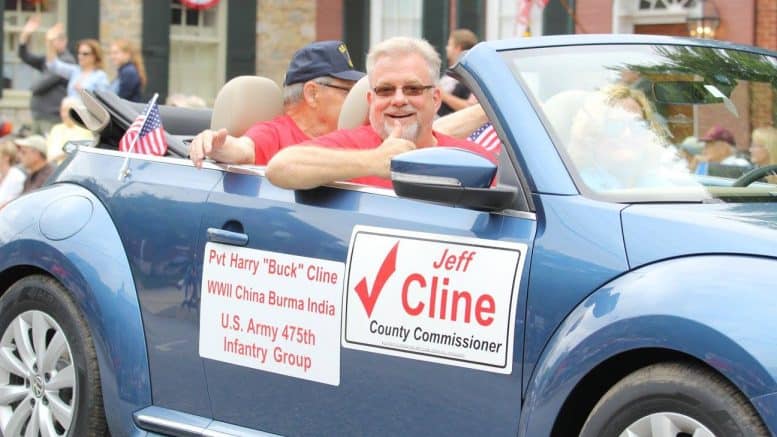 After Washington County government acknowledged that it would be forwarding an ethics complaint claiming Jeff Cline leaked confidential information to County employees and to the press, the two-term Republican commissioner is fighting back.

Cline penned a letter to the editor in Herald-Mail Media questioning the actions taken against him.

Here are a few excerpts:

Political revenge has been the most recent scheme to punish me for being transparent and informing the people on issues that should not have been discussed and acted on in secret in the first place.

Exposing wrongdoings, protecting our employees, and serving the people as I was elected to do are hardly ethics violations, and those who think they are should be ashamed to call themselves public servants.

In addition to punishing me, this is a blatant effort to distract from the real issue of sexual harassment and a potential cover-up from top county officials to protect one of their own.

A former commissioner resigned over the alleged misuse of a phrase. Yet, we have a sitting commissioner in violation of the county’s harassment policy as confirmed by Terry Baker in a Herald-Mail interview — which in itself is an ethics violation of closed-session meeting rules, not to mention the egregious nature of the statement itself.

And, as of today, there have been no consequences or corrective action to discipline the offending commissioner?

A less-than-forthcoming press release from County Administrator Rob Slocum to The Herald-Mail that appears to have been slanted to spin a positive outcome of the complaint to the public is alarming.

Simply put, misleading the media is the equivalent of lying to the people whom we serve. It is a violation of the public trust. How can we now have faith in our leadership?

Let’s not forget that Sarah Lankford Sprecher is the real victim of this tragedy. Her courage to come forward with her complaint and challenge the status quo of the good-ole-boy network is admirable and at great personal sacrifice.

Series of thefts and break-ins occur in Friendship Park community

Be the first to comment on "Cline’s letter to the editor calls out Slocum for lying, Baker for leaking"