The vice president of the Salisbury City Council, a Republican, resigned Saturday from the Wicomico County Republican Central Committee and the Maryland Republican Party.

“So, effective Sunday, May 17, 2020, I am resigning from the Wicomico County Republican Central Committee and the Maryland Republican Party,” Boda wrote.

“Over the course of the past month or so, it has been clear that the Maryland Republican Party is no longer a unified organization or representative of where I stand politically,” Boda wrote.

“This is a road I can no longer travel politically.”

Boda pointed to the Maryland Republican Party’s intensifying internal dysfunction as a reason for his immediate departure.

He coupled that with “certain actions that were taken against members of our party, specifically 1st Vice-Chair Brandon Cooper and 2nd Vice-Chair Tony Campbell.”

Cooper and Campbell are elected members of the state GOP’s executive committee who have been threatened and politically targeted by state Republican Party Chairman Dirk Haire in recent weeks.

After signing onto a letter that called for Haire to reinstate Bowie City Councilwoman Roxy Ndebumadu’s invitation to address state GOP convention attendees this spring, Campbell said Haire called him, cursed him out and threatened him.

Haire forwarded Adams the letter written by the Trump campaign on May 1.

Mr. Haire has since accused Adams of intentionally leaking internal Party information to the Maryland press as well as illegally operating a Maryland for Trump Facebook page and website.

All of this was enough for Boda to call it quits.

“Though I personally supported and voted for Nicolee Ambrose for National Committeewoman, I was extremely disappointed in the treatment of those who supported Diana Waterman,” Boda wrote.

“Those actions were not representative of Republican values and further divided our party and disenfranchised those participating in the process.”

“So, to put a bow on this farce, Campbell wrote, “I have been replaced as a Trump delegate by having the nerve to speak out on a (sic) issue affecting our convention. 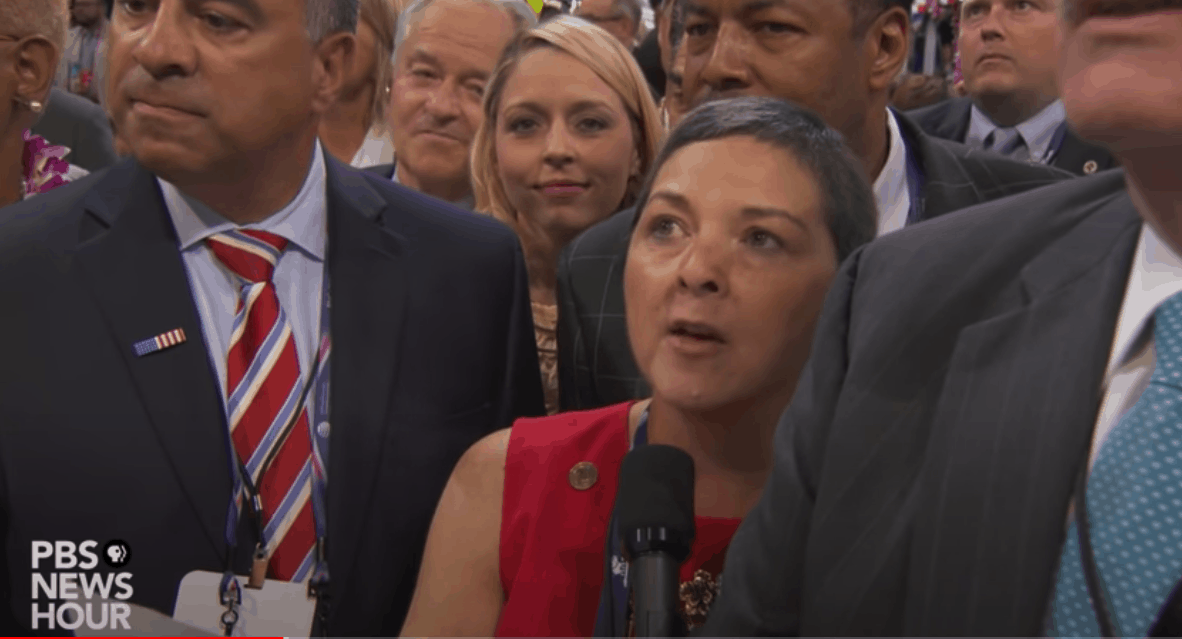 “Apparently, this pattern of retaliation is not limited to people who have the nerve to speak up against him [Haire]. It also extends to anyone who dared to openly endorse Diana Waterman,” Campbell wrote Friday.

“I have never seen the Republican Party run as a dictatorship until now. What hope do we have to offer the people of Maryland if our party is ruled by fear, intimidation, retaliation and threats?”

In a May 11 email to Campbell, Haire wrote that as long as he is the Party chairman, “those who do what you are doing will most certainly not be rewarded with discretionary party roles.”

“Instead of disagreeing professional and factually, you went running to our enemies’ to create a fake narrative of (sic) dissention,” Haire wrote.

“To follow your logic, the President’s campaign and I should do whatever you and a couple of others want, or otherwise you will leak your nonsense to liberal bloggers and The Baltimore Sun.”

Some state Republican Party leaders who joined a Tuesday evening video call expressed concern over a “narrative” taking shape that Haire is intentionally purging black Republicans from the Party.

Campbell’s Friday-evening email acknowledged that he knew he was going to lose his delegate seat to the national Republican convention but he would be ready to fight for the Party’s “freedom from this tyranny.”

“I am asking you to open your eyes to see the corruption festering in our party,” Campbell concluded. “It is up to you whether the Maryland Republican Party can be the “city on the hill.”

Republican organizers of the Charlotte convention say they plan to move ahead despite the coronavirus outbreak that has taken nearly 90,000 American lives since March – even as the national Democratic Party weighs its options for a convention that will almost assuredly nominate former Vice President Joseph R. Biden Jr. to take on Trump in November.

Boda’s resignation letter said that state GOP central committee members “were only offered the opportunity to initially vote for or against President Trump’s slate.”

“We were deprived of the opportunity to cast votes for other individuals who had put their names on the line,” Boda lamented.

He wrote that yesterday’s state Republican Party convention “disenfranchised” the candidates and the central committee members who participated.

“This is likely the reason 45% of us cast a ballot against the President’s slate.”

The photograph below is the Maryland Republican Party’s updated list of at-large and alternative delegates attending this year’s Republican National Convention. 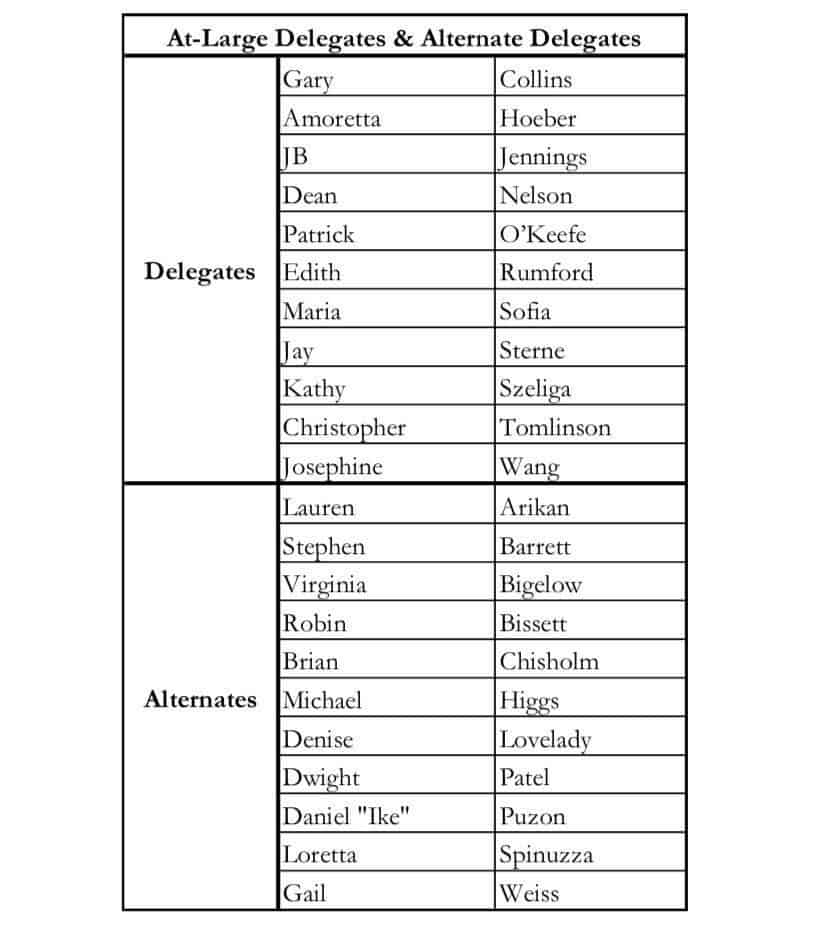 “The other concern I have is the Republican Party’s building itself around the cult of personality,” he wrote.

“No longer does the GOP represent the values of small government, fiscal responsibility, and individual freedom.”

In a brief interview with A Miner Detail Saturday, Boda said he is likely to return to the Libertarian Party.

Boda said his resignation “is no way reflective” of his local Republican central committee; it is “solely a personal decision” for him, he wrote.

“There are many wonderful people who are Republicans and I dearly appreciate their support and friendship over the years.”

Boda, 47, is a two-term Salisbury City Councilman and a Maryland Municipal League board member.

He serves as the president of the Eastern Shore Associations of Municipalities, which represents 56 municipalities on Maryland’s Eastern shore and is an affiliate chapter of the Maryland Municipal League.