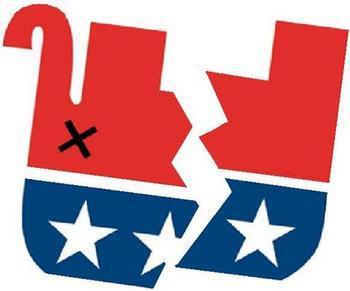 Several Republican operatives, Republican Party insiders, and even a state party official have written to A Miner Detail in the last two weeks to blast Maryland’s Republican Party and are concerned that Gov. Larry Hogan’s re-election is in peril – unless changes are made.

The Republicans who wrote A Miner Detail asked to be on background.

This past week, one longtime Republican insider said:

Mike Pantelides is most likely going to lose the Annapolis mayoral race, and it will be entirely the fault of himself, the guy the party tapped to run his campaign, and the party itself. Literally the night of the primary, I was told by someone who has worked with the party closely that they weren’t taking the race seriously.

They assumed they had it in the bag.

Well, now we are three weeks out from the election, and Mike isnt’t out knocking doors; he is lobbing stupid attacks at this opponent, and no one seems to realize that neither voter registration numbers nor the overall message are on his side. They’ve done nothing.

Another Republican insider with connections to Maryland’s Republican Party emailed A Miner Detail the following statement:

Patrick O’Keefe has been traveling the state training candidates and activists on how to use their flashy brand-new state-of-the-art voter contact system. It’s literally the third different system the state party has “adapted” since the 2014 elections.

First, it was NationBuilder, then i360, then they wanted candidates to integrate with NationBuilder (and even offered to get them discounts) so they could compile date for Hogan. Now, they are on some program called Advantage, which is exactly the same.

I’ve talked to several candidates who have no idea what to do because they have no idea how to take their previous data and move it to the new system, and they don’t understand why the party is giving them data from one system and basically forcing them to use another.

One Annapolis-based Republican with knowledge of the Hogan campaign wrote A Miner Detail last week, blasting the governor’s campaign apparatus:

The campaign side of the Hogan circle is a shit show. I hear about it constantly.

First, they fired Steve Crim for God knows why. Then they fired the second guy they hired. Now they have another guy, but they can’t break out of the “Hogan bubble” and figure out a way to move forward.

Even inside the MDGOP, it’s a shit show in terms of messaging and decisions. Each decision has to be reviewed and approved by the party leadership, then Hogan’s political team, then some more people. This whole “restructuring” of the state party didn’t come with any structure.

And now you have Kathy Szeliga sticking her foot in her mouth.

The legislative side of leadership is lost.

In organized Republican states, especially in the south, there would be stories even now about what the party’s legislative agenda is, how they planned to win more seats, etc. And there would be something in writing as for a plan. Maryland’s Republican leadership has nothing.

Back at the end of the session, I felt very confident about Hogan winning. That goes down day by day. That is, of course, all depending on if Dems can get their shit together.

He’s rapidly losing support from the base. I can’t tell you how many people are upset with him on things that you and I both know can’t be changed by him – guns, the monuments, support for Trump – but that doesn’t mean you can discount the fact that they matter to voters.

Hogan could afford to lose some support from Independents if he were to energize the large pocket of Trump voters who voted in 2016 but have never voted in a governor’s race in their lives. But I don’t have enough faith in his party or party folks to realize that.

They’ll try to replicate his model of being a common-sense moderate Republican from 2014. But when you have a record and have been in the spotlight for four years, you can’t do that as well as when no one knows anything about you except what you’re telling them.

The state party is telling candidates for House and Senate to effectively replicate Hogan’s model. Will that work? In certain races, sure. But they haven’t helped candidates understand that thought process enough.

Finally, another Annapolis-based Republican consultant wrote to A Miner Detail with similar criticisms about the state GOP:

Just from casually looking at budget data, I wouldn’t be surprised if Dems do to Hogan what they in a way did to Ehrlich.

It’s a very real possibility that Hogan will be campaigning for a second term with as much of a budget deficit if not more than he came in with. I saw it coming after the 2015 session. Dems will use teachers or healthcare or some other issue to set him up this session. Either he caves to them and looks bad, or he stands up to them and looks even worse. And from what I’ve seen, no one on their political side sees it coming

Regardless, I don’t think Hogan winning re-election will be that much to celebrate if the GOP doesn’t pick up seats in House and Senate. It will be 4 more years of Dem leadership effectively running the show and picking the next governor. The state party has said picking up 5 senate seats is their utmost priority. But I haven’t seen it at all. It won’t happen as things stand today.

But I haven’t seen it at all. It won’t happen as things stand today. I, frankly, don’t believe they have the strategy or organization to do it.