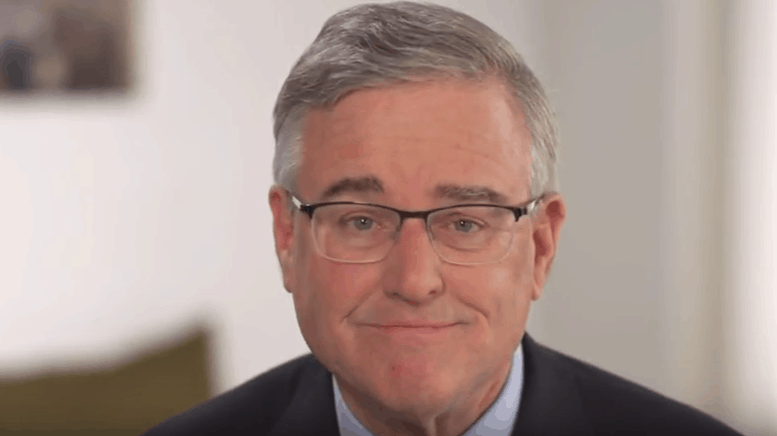 Trone, a multi-millionaire liquor store chain mogul, is considered by many one of the leading congressional candidates to succeed outgoing Rep. John Delaney (D-Md.) in Maryland’s 6th Congressional District. Delaney announced last year that he will not seek re-election in 2018 but will instead run for president of the United States in the 2020 Democratic presidential primary.

A December 7, 2017 email entitled “African American Outreach,” written by Trone himself and addressed to Jessy Mejia, a former deputy in the Trone campaign, as well as several members of Trone’s senior campaign staff – including Harrison Hickman, Richard Parsons, Justin Schall, Ashley Bentley – is a concise enumeration of Trone’s comprehensive strategy to target the African American vote.

Trone, who lives in Potomac, began his email, writing,

“Quincy laid out a solid plan on African American outreach and I would like you to execute the beginning of that plan and have it completed in two weeks by Dec. 22nd.”

Gamble resigned in April from Baltimore City State’s Attorney Marilyn Mosby’s re-election campaign to focus on addressing criminal charges that claim he assaulted and harassed two women whom he dated.

Later in the same email, Trone writes, “We would love to get some African American volunteers to help us,” telling his staff to put the “right person” on his campaign payroll to help him in the African-American community.

“If you see the right person and they look like they need to be paid, we can eventually put them on the payroll to help us in the African-American community.”

Trone briefly switches directions in his memo and instructs his staff to use Frederick City Alderman Roger Wilson as the campaign’s primary contact for outreach into Frederick’s African-American churches, writing of Wilson, “He is high on Jan Gardner’s staff, we supported him financially in the city council race when he finished fourth. We need to get him more activated…he is the key go to guy [sic].”

Trone then writes that Wilson has “showed less enthusiasm,” ostensibly about Trone and his campaign, than Frederick City Alderman Derek Shackelford

“He [Wilson] showed less enthusiasm than Derek Shackelford who is the other African American that came second in the polls. He is actually an ordained minister in Baltimore and has been a big supporter and a big helper.”

On Shackelford, Trone writes, “he is the easy fruit.”

“I don’t want to use him right away. I want to use Roger Wilson because we have to bring him out and get him to support us openly and that will send other messages to the black community because he represents in absentia Jan Gardner in the county government and he has his own strong network of people than Derek who has been to my house and been great doesn’t have [sic].”

Trone continued, “After we run Roger down and get as much help from him as we can get, then we will talk about when to shift over to Derek.”

On registering voters in barbershops, Trone wrote, “We will get very little if any voter registration here, it is irrelevant, it is symbolic, but it gets our name as a rich, successful white guy who started from nothing but believes in equal justice for everybody and getting folks a leg up, believes in small business and education…”

“We also need to figure out how to use Anthony Brown, Rushern Baker and some photos with Ike Leggett.” Rep. Anthony Brown (D-Md.) and Prince George’s County Executive Rushern Baker (D) both endorsed Trone’s 6th Congressional District bid. Brown is seeking re-election and Baker is running for the Democratic nomination for Maryland governor.

Trone wrote that he intends to reach out to Rushern Baker to endorse his candidacy and that Ike Leggett, Montgomery County’s longtime and outgoing executive, should follow suit.

“If we can’t get an endorsement from Ike, we are going to get Ike to make some good statements for us instead. I am already working with Ike. He has given me names of people now that might want to come work on the campaign. He is thinking about it, we spoke last week. I am reaching out to Rushern Baker to tell him that he is endorsing us and that Ike should maybe think about it himself. Those are already in motion,” Trone wrote.

“In the years that I have known her, she has had an exemplary commitment to the people of Montgomery County and has dedicated herself to serving every individual she represents,” Leggett said of Miller in a released statement. “Her record of votes and constituent services demonstrate that she is the right person for the job.”

Trone wrote in his memo that he “does extremely well in one-on-one meetings with African Americans.”

“We have the only and best message than any of the other candidates for this group and we have to get the endorsers, validators, surrogates moving, talking about us in the community.” Trone says that he would like to complete as many meetings as possible with African Americans in January and February.

On fundraising for Trone’s campaign, Trone wrote of members of the African-American community,

“They are not expected to drive any financial fundraising whatsoever, but they can drive word of mouth in the AA community so we end up with virtually 100% of the voters which is our goal, nothing less.”

In one of the final paragraphs of Trone’s three-page staff memo, he writes that while Frederick County Executive Jan Gardner will not endorse him publicly, she is “very much with us,” referring to his campaign.

“I am having dinner with Jan and her husband on January 4th with my wife at Volt in Frederick which she is very excited about. She is an enthusiastic supporter overtly as she walked us through Frederick Days and we were working to get Mayor-elect to feel the same way.”

Trone concludes his email instructing Mejia, “you are going to be expected to execute with excellence and I am not going to have to ask you three times to go back and say you didn’t get the barbershops from Bill and where he shops and where he goes…”

Trone ends his memo expressing frustration over his team’s inability to pay attention to detail.

“We had too much in this campaign where we ask a complex question and we get a simple answer back that doesn’t answer all the complexity in the question and we have to go back and look at it two or three times. We need more attention to detail by a lot of folks and I am not saying you at all, but it is a common frustration I am having.”

A request for comment to Trone campaign manager Jerid Kurtz has gone unanswered.

A Miner Detail shares a copy of Trone’s email.