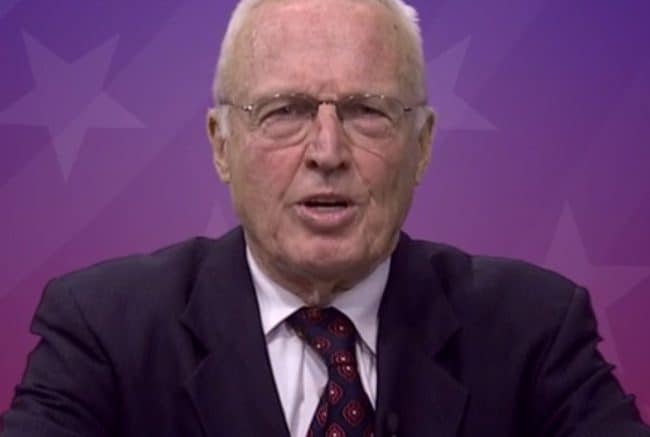 The 17th Annual Montgomery County Minority Legislative Breakfast was held this morning at the Bethesda Marriot.

A statement was read to the audience on behalf of Councilman George L. Leventhal, a county executive candidate, who was unable to attend the annual event because he is out of town with his wife, celebrating their wedding anniversary.

Numerous individuals who attended this year’s annual breakfast told A Miner Detail that Robin Ficker intentionally violated forum rules, causing quite an uncomfortable scene in front of the nearly 300 attendees.

“We compiled questions from the co-hosting organizations and, collectively, the organizers reviewed them, and we edited them for brevity and clarity. I was familiar with those questions beforehand. We put the questions on slips of paper and put them into a bowl,” Ong told Miner.

“Each candidate was presented with the bowl so they could be the ones to randomly select the questions.”

Ong said she asked the county executive candidates to unfold the questions written on the small piece of paper, read them aloud and respond to the question.

When it was Ficker’s turn to draw a question from the bowl, he chose the following prewritten question:

What happened next, Ong said, left her ‘stunned.’

Ong said Ficker selected a question and may have placed the paper in his pocket or he may have crumpled the piece of paper and placed it behind him.

Ficker duplicitously manufactured his own question, Ong said, and proceeded to read the following faux question to the audience:

“What would you do for the African-American community?

Ong said that the question Ficker read aloud was ‘about a different community than the original question (see the question above).

Ong went on to describe the sequence of events that unfolded in real time:

I say, ‘Excuse me, sir, can you please read what’s on the slip of paper?’

And then he begins again.

I interrupt him and I say, ‘I don’t believe that’s one of the questions. Can you reopen it, please?’

And then he reads his fictitious question out loud.

So, I say to him, ‘I don’t think that’s one of the questions. Would you like me to read it for you?’

And that’s when he tries to stare me down on stage. And then he continues.

So at that moment I’m thinking, ‘I have a decision to make’ and that is, perhaps, to pull a new questions out the bowl and read it myself. But I realized that my point has been made. He’s exposed his behavior before a very distinguished audience of 290 people in the ballroom. So, I let his behavior speak for itself.

Clearly he already had in mind a message that he wanted to say with respect to a minority community.

The problem was that he lied.

Ong said that she felt like she treated Ficker fairly and knew very little about him before meeting him today for the first time.

“I felt like I treated him respectfully. I never imagined that he would make a bald-faced lie on stage and try to stare me down. A minority woman moderating this forum at a minority legislative breakfast. It was mansplaining to the highest degree of arrogance,” Ong told A Miner Detail.

When asked to describe the audience reaction to Ficker, Ong said audience members appeared to show disbelief ‘that he would conduct himself in this manner but said that people sitting at his table looked “amused.”

“One of my cohorts felt personally offended. She felt that he lied to a room of 290 guests, several of whom are prominent lawmakers in Congress, from the state assembly; not the mention the people on stage with us – the County Council members who are running for county executive,” Ong said.