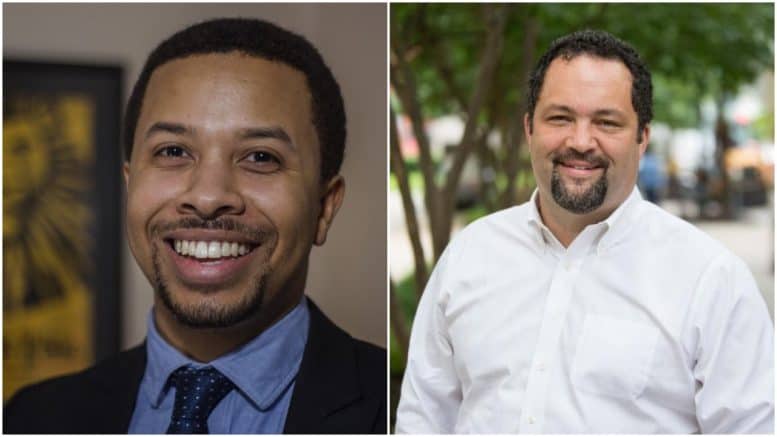 When Cheverly Town Councilman Julian Ivey entered the District 47A Democratic primary 25 days before the Feb. 27 filing deadline, the two incumbents – Dels. Jimmy Tarlau (D) and Diana M. Fennell (D) – could no longer count on coasting to an easy victory in the two-seat subdistrict.

The young Ivey, who is 22 and is set to graduate from the University of Maryland, College Park in December, is characterizing himself as the true progressive among the three Democrats running. Tarlau, who is 70, however, prides himself as “the most progressive member of the Maryland House of Delegates.”

When Jolene Ivey heard the rumors ruminating around Prince George’s County that Tarlau, who was first elected in 2014, was badmouthing her son, Julian, she hit back in a scathing email to members to the Metro Washington Council of the AFL-CIO.

Mrs. Ivey – who was first elected to the Maryland House of Delegates in 2006 and served District 47 for eight years until then-Attorney General Douglas F. Gansler (D) chose her to be his lieutenant governor in their unsuccessful bid for the 2014 Democratic gubernatorial nomination – in her email, directly addressed some of the rumors circulating throughout her old legislative district- and she took direct aim at Tarlau, who, according to Ivey, is said to be running a negative campaign against her son, Julian.

In Ivey’s email (below), she said when her son first decided to run for state delegate, she tried talking him out of it, but after her son proved his work ethic to both his parents, he earned his mother and father’s blessing to run.

“When Julian decided to run for delegate, I tried to talk him out of it. I was running for County Council District 5, and I knew having two races going at the same time would be stressful. Julian proved his work ethic to us, once again, and won our support. He has run a positive campaign, and has knocked on thousands of doors. Voters, once again, are warming to him,” Ivey wrote.

In the same email, Ivey – who is a candidate herself for Prince George’s County Council District 5 – wrote that Tarlau called his friend, Ben Jealous, whom Tarlau is backing in Maryland’s gubernatorial primary, to request Ivey drop his state delegate bid to ensure Tarlau would have an easy path to re-election.

“Jimmy started by calling Ben Jealous and Donna Edwards (the former Congresswoman) to ask them to call Julian (Ben) and me and Glenn (Donna) and try to get Julian out of the race. Ben, indeed, reached out to Julian with just that request, and offered him a position on his campaign. He explained that Jimmy would give him significant financial help with his campaign, if Julian were not running. Julian was extremely disappointed in Ben, since Ben Jealous was once the head of the NAACP, and he was asking a young black man to step back in deference to an older white man – in a district that is overwhelmingly African American. Julian told Ben that he was going to stay in the race,” Ivey wrote.

Ivey told the Washington Post today that Jealous called him in mid-January and asked him to drop out of the District 47 race and run for something else. Ivey has been supportive of Jealous in his gubernatorial bid; it’s unclear whether Ivey has maintained his support for Jealous.

“I didn’t think someone like Ben, given the relationship that we had and what he stands for, would try to stop a young, progressive organizer from running for office,” Ivey told Post reporter Ovetta Wiggins.

Jealous’ communications director, Kevin Harris, told the Post that he’s not sure where the allegations are coming from with respect to Ivey. Harris has ignored A Miner Detail’s multiple requests for comment.

Ivey wraps up her email writing that she “can no longer count on Jimmy to run a clean campaign. I have made it clear to all that he is the one who should lose.”

When reached for comment, Ivey told A Miner Detail that her email speaks for itself. “I’ve spoken my truth and have nothing further to add,” she said.

Read below Jolene Ivey’s email in its entirety.

In a brief phone interview today, Tarlau confirmed with A Miner Detail that he reached out to Jealous earlier in the year in an effect to have Jealous persuade Ivey to drop his bid for state delegate.

“Ben called Julian and asked him to step out of the race,” Tarlau said.

“I don’t go out and bad mouth Julian at all. He’s running. When somebody has a Julian Ivey sign in their yard, we have to indicate that there is a competitive race. And you have to compare the experience and achievements. That’s all I do. He’s been on the city council for less than a year.”

Tarlau said at the time when he decided to run for re-election he “thought that the resources would be better used for other things rather than two progressives with the same politics competing against each other.” Tarlau reinforced that now that Ivey is in the race, he has to spend thousands of dollars on mailers and campaign literature.

Tarlau said he read Jolene Ivery’s email and “was pretty upset over it.”

“I don’t know what she means by that. Obviously, she’s very angry. I’m not sure what I am doing other than saying that I have more experience than he has. We have a record. That’s legitimate. We’re not saying anything negative about him at all,” Tarlau said.