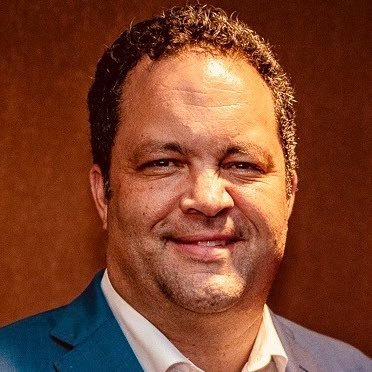 Benjamin “Ben” Todd Jealous, a Democrat, last week ruled out a 2020 Baltimore City mayoral race because he wants to spend more time with his young children.

He used that same line when he bowed out of his NAACP gig in 2013. Nevertheless, his decision to pass up a mayoral bid is a graceful withdrawal from a race that is likely to be dominated by current Baltimore City Mayor Jack Young (D) and City Council President Brandon Scott (D).

Where, exactly, was Jealous’ lane in that race? Now you understand why he’s not running for Baltimore mayor.

Mr. Jealous, no doubt, now has significantly more time to spend with his children. His act 1 political performance came to an unceremonious close last November when his hopes of ousting popular Republican Gov. Larry Hogan from Maryland’s Government House were crushed as network news stations early in the night called the race for the moderate Republican Hogan.

After every vote was counted, Jealous was shellacked, 56 to 43.

Maryland’s 2018 Democratic gubernatorial nominee, no matter who it was, was never expected to beat Hogan – not even when President Donald J. Trump’s unpopularity was pervasively toxic, extending even to down-ballot state Republicans.

Hogan, unsurprisingly, was immune from the political fallout – mostly because he distanced himself from Trump’s personal antics, and he proved himself to be a hands-on governor during his first term, doing battle with partisan Democrats only when necessary and implementing popular Maryland reforms and proposals.

The governor’s public battle with stage 3 cancer and his powerful public relations campaign bolstered his political image as an every-day guy, a man of the people, Marylanders remarked. Also, Marylanders told pollsters they just liked him.

It should come as no great surprise that the ambitious Jealous, who once ran the NAACP, wants to run again for governor. The former executive is a gifted orator, a smart policy wonk, and he’s in-tune with younger voters who place a premium on organizing, a talent Jealous has developed quite well throughout his promising career.

There are plenty of theories about why Mr. Jealous lost the 2018 gubernatorial race – some practical and sane; others, far-fetched.

Jealous lost the governor’s race because of five basic reasons: 1) His opponent was popular; 2) He had little-to-no money; 3) He and his campaign made little efforts to woo Maryland’s elected officials; 4) He made a series of general-election gaffes, and 5) Jealous hired talentless, partisan hacks to run his campaign.

For what it’s worth, Jealous was never the Annapolis Machine’s first draft pick.

The Machine quickly lined up behind Rushern Baker, the departing term-limited Prince George’s County Executive whose lackluster campaign failed to convince Democratic voters that he was the candidate to beat Hogan.

Mr. Jealous was seen as a total outsider to the Annapolis Machine, and it is an open secret that Senate President Thomas V. “Mike” Miller, Jr. (D) and the late Speaker Michael E. Busch (D) were especially unmoved when Jealous won the Democratic nomination, shocking Maryland’s political establishment, who failed to recognize at the time that their party’s leftward shift favored a political progressive who could promise big ideas and even bigger price tags.

Jealous could still, today, be considered an outsider by Maryland political standards – but a million votes in the general election should mean something.

If the defeated gubernatorial candidate does decide to enter the 2022 contest, he has a lot to work to do to clean up the messy campaign he ran and convince the powerbrokers and the money people that he’s the best person to lead Maryland after Larry Hogan’s term ends.

Jealous may want to begin fundraising now. His measly $385,000 to start was embarrassing. Hogan, who didn’t have a primary opponent, had $9.4 million in the bank, and in the final weeks of the general election, the governor led Jealous with over $3 million to his $275,000.

The “socialist” label affixed to Jealous certainly did not help his candidacy, either.

But with $9 million in the bank, Larry Hogan and his campaign team, who wanted nothing more to run against the leftwing Jealous, quickly pulverized the guy with the help of the Republican Governor’s Association. The socialist label stuck. Jealous could never come up for air and catch his breath.

The thing is, Ben Jealous is sort of a capitalist, much to the chagrin of his most loyal leftwing adherents. He’s a venture capitalist, no? He’s invested in education and social justice firms.

To date, Jealous is bringing in some serious cash as a lobbyist for Juul, the Silicon-Valley anchored company that churns out popular e-cigarette products like candy. Whatever your thoughts are on vaping, Jealous will have to explain his involvement with a company that many believe spurs addiction issues, notably amongst teenagers.

Inexplicably, Jealous and his subpar campaign team – his staff was filled with Maryland outsiders and awful political talent – did themselves no favors by failing to reach out to prominent Democratic lawmakers. Not that Jealous needed to kiss their proverbial rings – he didn’t. He simply needed to sit down with them over a cup of 49 West Coffeehouse’ best coffee. Jealous’ job was to listen to some of these veteran lawmakers and learn about how to work their districts.

Jealous didn’t dirty his hands with the granular politicking that candidates must do, even when running for governor. Politicians need to feel loved. They need to feel like they are the most important people in Maryland; their egos need to be stroked, just a bit. Jealous, an astute political operator, took for granted a poignant political concept: longstanding relationships need to be cultivated and worked.

And it didn’t help that Jealous dissed the annual Maryland Association of Counties summer conference as nothing more than “partying with lobbyists.” Okay, so you do party with lobbyists during this annual Ocean City hootenanny. But, come on, it’s much more than boozing and schmoozing.

Saturday morning, the last day of the conference, was Jealous’ big opportunity to address hundreds of Maryland elected county officials. Instead, he inexplicably opted to attend a poorly organized Democratic Party event in Frederick County, with no more than 75 people. A wasted opportunity, no doubt.

Politicians cursing should come as no shock to anyone.

But a Democratic gubernatorial candidate dropping the F-bomb during a press conference after Washington Post reporter Eric Cox simply asked Jealous to respond to the socialist label, well, that really didn’t help him. Mr. Jealous quickly apologized (personally, even, to Ms. Cox) and moved past the incident – but a focus group of 110 women, assembled by Hogan, during the campaign, claimed that Jealous’ one-word slip of the tongue heavily influenced their perception of him, even down to Election Day.

While Franchot is a consummate thorn in the side of Maryland’s Democratic political Machine, the Annapolis bosses will be searching for literally anybody to cripple the comptroller’s path to the second floor of the State House.

Who knows, the Annapolis Machine could eventually settle on Jealous as their progressive alternative to the fiscally moderate Franchot. Jealous is battle-tested. The Machine knows his strengths and weaknesses. With a little help from the Annapolis bosses, Jealous could become Franchot’s readymade foil.

Then again, Jealous won the 2018 Democratic gubernatorial primary with virtually zero help from the Annapolis Machine. And he certainly doesn’t owe them anything now. In a way, they abandoned ship, leaving him to fend for himself. You’ll remember that some Democratic lawmakers even sent out campaign mailers that touted their working relationship with Hogan, to Mr. Jealous’ extreme displeasure.

Finally, Mr. Jealous would be wise to spend his time now recruiting political talent with deep connections to the state. He should really sit down with his former LG pick, Susie Turnbull, and ask her to draw up a list of names to choose from.

PhD student Richard DeShay Elliott, a self-described Democratic socialist, was one of Jealous’ most loyal progressive foot soldiers during the gubernatorial campaign. Mr. Jealous would be wise to identify Mr. DeShay Elliott’s political talent now and make him his campaign manager. A move like that, alone, would scare the hell out of the Annapolis bosses.  Richard’s talent, however, is likely a tug-of-war among future Democratic gubernatorial candidates.

Some political candidates may never have a second chance to make a first impression.

Just as Mr. Jealous is a firm believer in redemption, so, too, are voters.

Be the first to comment on "Ben Jealous still wants to be governor – but can he clean up his 2018 mess?"