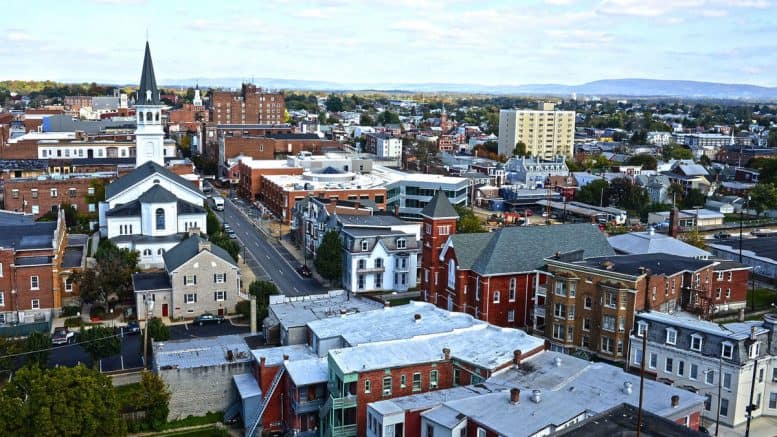 A few elements to consider in the grand scheme of the City of Hagerstown vacancy selection process:

A second City Council vacancy is likely to occur before Christmas day.

Corderman, the only elected official amid the Republican applicants, is supported by the Republican establishment in Washington County, including the Republican’s godfather and heavy-handed enforcer, Don Antonio Paul Muldowney. Place your bets now on Corderman’s name being sent to Gov. Hogan. By Christmas, Councilman Corderman will be Delegate Corderman.

Herrera is a newcomer to politics and is unlikely to be selected by the male-dominated rightwing Republican Central Committee. However, though, Herrera would be a breath of fresh air for Washington County.

She is intensely smart; she is well-connected in the community; she can build relationships across the political aisle; she would add some much-needed diversity to an all-white male Washington County state delegation. And she strikes me as a pragmatic, moderate-leaning Republican centrist, similar in style and tone as Larry Hogan and Brett Wilson. Overall, she would be a solid candidate, an outside-of-the-box pick.

While Ravas is virtually unqualified to replace Brett Wilson by every objective metric, he does, however, fit the bill perfectly among the current crop of Republican Central Committee members and presumably meets their every offensive prerequisite.

Ravas is a rabid and unconditional pro-Trump sycophant; he is unapologetically anti-immigrant; he lacks intellectual curiosity; he has uncanny similarities to Steve Bannon, both in appearance and rightwing populist dogmatism; there isn’t a conspiracy theory that he doesn’t subscribe to; he spends much of his time on social media blasting the media all the while using poor grammar and subject/verb detachments; he fundamentally believes that Democrats are evil – all traits the Republican Central Committee in Washington County admire and respect.

Former Hagerstown City Councilwoman Penny Nigh lost her seat on the Council in a recount by seven votes to Councilman Lewis Metzner last November.

Say what you will about Nigh, and much has been said about over the years, but she ran for re-election last year and lost by seven votes in a recount. She deserves to be selected for the City Council seat over the rest of the applicants. There should be no argument or debate. She has earned the right to be considered at the top of every list.

Nigh ran. She lost. She applied for the vacancy. This is a no-brainer. Over the years she established herself as a passionate, focused, albeit sometimes corky, committed elected official, who goes to bat for her constituency. Regardless of ideology or any other external politics at play, Nigh is the logical choice to fill Munson’s vacant Council seat.

Of the 22 applicants, the following individuals should be considered by the Council when Corderman’s seat on the City Council is officially vacant:

Colin Ploscaru ran for the Hagerstown City Council in 2016, whereas the other candidates who applied for the Council vacancy did not. The City Council should add weight to applicants who have stepped up in the past and run for the City Council.

Singer, Smith and Sargent would be formidable Council members and should be given serious consideration.

LIVE TONIGHT at 9:00 p.m. – the INSIDE STORY on the Hagerstown Police incident