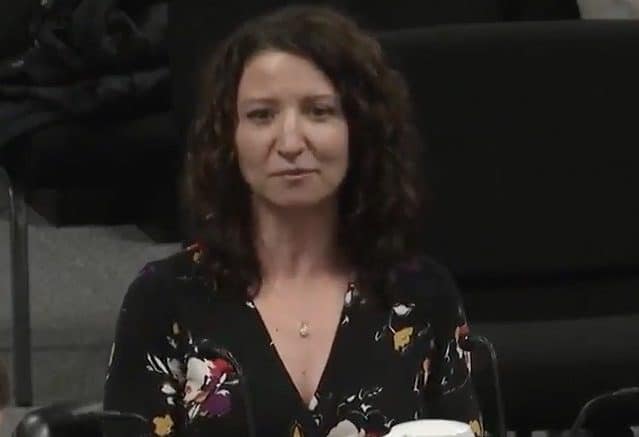 Less than 24 hours after the City of Hagerstown announced local business owner Shelley McIntire was chosen to fill Donald F. Munson’s vacated City Council seat, more than a dozen Hagerstown residents have reached out to A Miner Detail furious over McIntire’s suggestion to move social services and the public defender’s office to the “outskirts of town” to control the City’s drug and crime problem.

Some City residents told A Miner Detail they are offended by McIntire’s remarks and want her to clarify her comments.

Others, however, told A Miner Detail they want McIntire to ‘immediately withdraw’ her application, giving the City Council enough time to choose a suitable replacement before December 19.

The City Council is scheduled to vote on McIntire’s appointment on December 19. If confirmed, she will take her oath of office at that time.

Councilwoman Emily Keller posed a question to McIntire on Tuesday at the beginning of her interview: “What are the two major issues facing Hagerstown and how do you plan to address them?”

McIntire said drugs and crime (and public safety) are the two (and three) major issues facing Hagerstown. She said the two issues “lead into the public not feeling safe downtown.”

Here’s a video of McIntire’s response in its entirety.