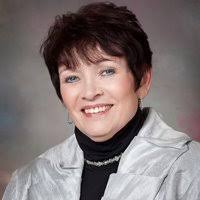 Not even a year into his second term, on Nov. 10, Donald F. Munson resigned his City Council seat, citing health reasons.

The City of Hagerstown subsequently announced that it would be accepting applications to fill Munson’s City Council term.

The City announced it received 22 applications by the Nov. 27 deadline.

The City Council announced on Wednesday it has selected eight of the 22 applicants to interview for the open seat.

The eight interviewees include:

The City Council will interview the eight applicants during the Council’s next public work session on Dec. 5.

After the interviews conclude, the Council should announce that Penny Nigh has been chosen to fill the remainder of Munson’s term.

External politics notwithstanding, Nigh has indubitably earned another term on the Council.

Nigh is incontestably the most qualified applicant amid the eight applicants – four men and four women – and she has the most elected experience.

She is well-versed in the City’s budget, finances and daily operations, and she’s built longstanding relationships with City employees and staff. She has earned the trust of her constituents and has demonstrated she is perfectly capable to execute the responsibilities of the position.

Bottom line: Nigh was previously elected and has more experience than the seven other applicants.

The other seven applicants should hang tight and wait for Corderman to resign his Council seat, which is the inevitable progression of events about to unfold.

Washington County’s Republican Central Committee will soon announce that Corderman has been selected to fill the remainder of Brett Wilson’s term in the Maryland House of Delegates. Wilson was elected in 2014 and represented District 2B until Gov. Larry Hogan appointed him Circuit Court bench in Washington County in October.

When Corderman’s seat becomes vacant, the City Council should first consider applicants who previously ran for a seat on the Council.

Assuming the same crop of candidates resubmits applications to serve out Corderman’s one-year term, Colin Ploscaru should first be considered.

Assuming also the Council chooses the exact same group of applicants to interview (if interviews are even held at all), Ploscaru would be the only applicant who previously ran for a Council seat. He has aptly demonstrated that has a clear plan and vision for the City of Hagerstown.

The Council would be wise to consider adding some diversity to the Council.

Chad Smith, Jeanne Singer and Tara Sargent should be among the Council’s top choices.

A Miner Detail will soon release a comprehensive profile of the eight applicants who were chosen to interview.

LIVE TONIGHT at 9:00 p.m. – the INSIDE STORY on the Hagerstown Police incident