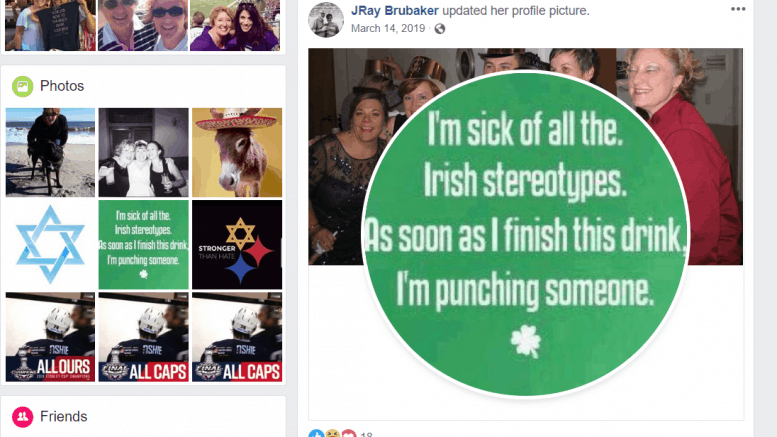 Magistrate Joanie Raymond. Or, Joanie Brubaker. Or Joanmarie Brubaker. Or Jray Brubaker. Depending on the venue, she goes by a different name in each one. For simplicity we will use her namesake within the courts and profession. Not her legal name or the numerous pseudonyms which she goes by.

In the Circuit Court system, certain decisions are entrusted to Magistrates (formerly known as Masters). These decisions can drastically affect the children of our county, as their orders can last for years without judicial review. Also, Magistrates are appointed (not elected) by the elected Circuit Court Judges. Therefore, the actions of a Magistrate are taken with implicit approval from the elected Judges. The dynamic here is very similar to the County Executive and the County Administrator, one is elected and the other is appointed by the chief elected representative.

As with the rest of the legal system, scrutiny of their decisions is veiled by the courthouse.

After starting our series on the legal missteps by Judge Theresa Adams, countless individuals have come forward with horror stories. Many of them centered around Magistrate Joanie Raymond, both as a Magistrate and as an attorney.

I requested comment from the Judiciary regarding the content of this article and have not received any response.

In 2015, Magistrate Joanie Raymond reported receiving $80,000 in compensation from The Raymond Law Center. This makes sense, as she was sworn in as a Magistrate on August 23rd, 2016. Prior to being a magistrate, she was a practicing attorney in the County and would be drawing a salary from her law firm.

In her 2016, 2017, and 2018 financial disclosures, Magistrate Joanie Raymond reports $53,799 in salary and $14,000 in distribution from “Raymond Law Center, P.C.” This compensation took place after becoming a Magistrate. How was she drawing a salary from a corporate entity in which she was the sole proprietor and therefore, the sole source of income for the corporate entity? 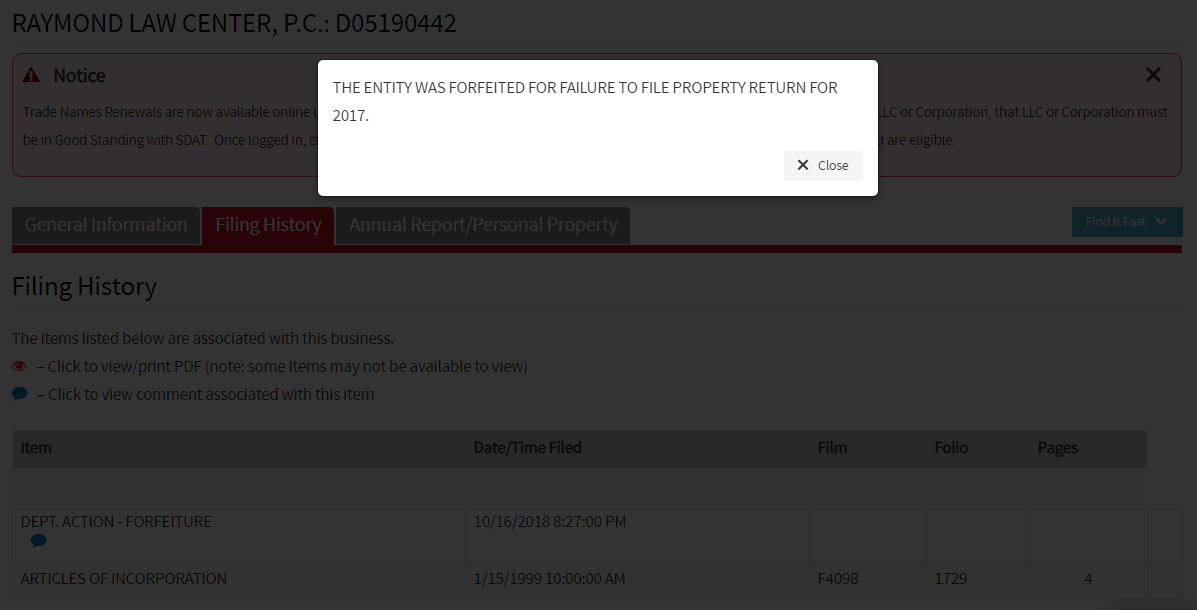 Even more problematic, how was Magistrate Joanie Raymond receiving income from a business entity which was forfeited?

Another case involving then-attorney Joanie Raymond starts with 10-C-08-004233. On May 27, 2009, the court appointed a Best Interest Attorney for the children involved in the case. On June 19, 2009, the Best Interest Attorney was reassigned to Joanie Raymond. Of course, reassignment of attorneys happens often. Between scheduling and case load, some attorneys can be overloaded with cases. The issue here is one of ethics.

However, Joanie Raymond was also the attorney of record for a litigant in another case, 10-C-09-003620. The crossover between these two cases is that both cases involved Kendra Hawk as an attorney for the parties. So Joanie Raymond was working as a BIA in one case in an adversarial position against Kendra Hawk and her client, then in a directly adversarial role against Ms. Hawk and her client in another case. I do not know which Judge ruled this to not be a conflict of interest, but I believe any reasonable person would understand how there is a serious ethical conflict with such an arrangement.

The next section of this article would probably not have been all that relevant, if not for the actions of Magistrate Raymond. A few weeks ago, I asked the Maryland Judiciary’s Public Affairs Office for comment. The only response that I received was Magistrate Joanie Raymond, aka Jray Brubaker, deleting her Facebook profile after her postings and actions were called out. As we all know in politics, deleting something indicates guilt and an attempt to cover up your actions. Fortunately, I captured all the evidence for this article before asking for comment. 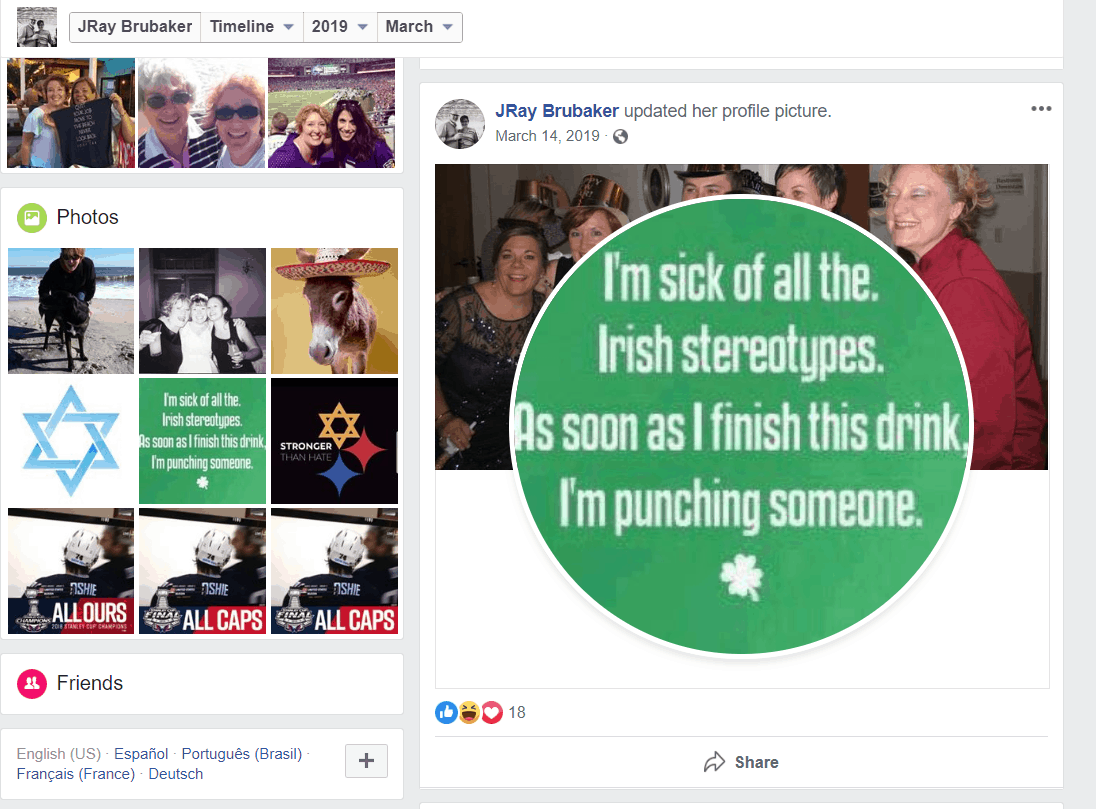 The issue here is not necessarily what Magistrate Joanie Raymond posted on Facebook. The question to ask yourself is how often has she judged others for a similar Facebook post? How many times has she sat upon her throne, wearing that black robe, glaring down her nose at litigants, for doing the same thing THAT SHE REGULARLY DOES ON HER OWN SOCIAL MEDIA?

There’s also this nice little series of articles which then-attorney Joanie Raymond shared back in 2014…. Not only did she constantly share articles about her case, but she also shared pictures of the child on social media. Clearly, Magistrate Joanie Raymond understands the power of social media and how it can be used to tell a story. In this case, she was using social media to advocate for her client. She was sharing pictures of her client’s son in order to advocate for her client.

But is that how she has conducted herself as a Magistrate? How many times has she held those same actions against litigants that walk into her courtroom? If you or someone you know had Magistrate Joanie Raymond preside over a custody hearing and had posts like this held against them, please reach out to me (e-mail is at the bottom of the article) so that I can feature the story. 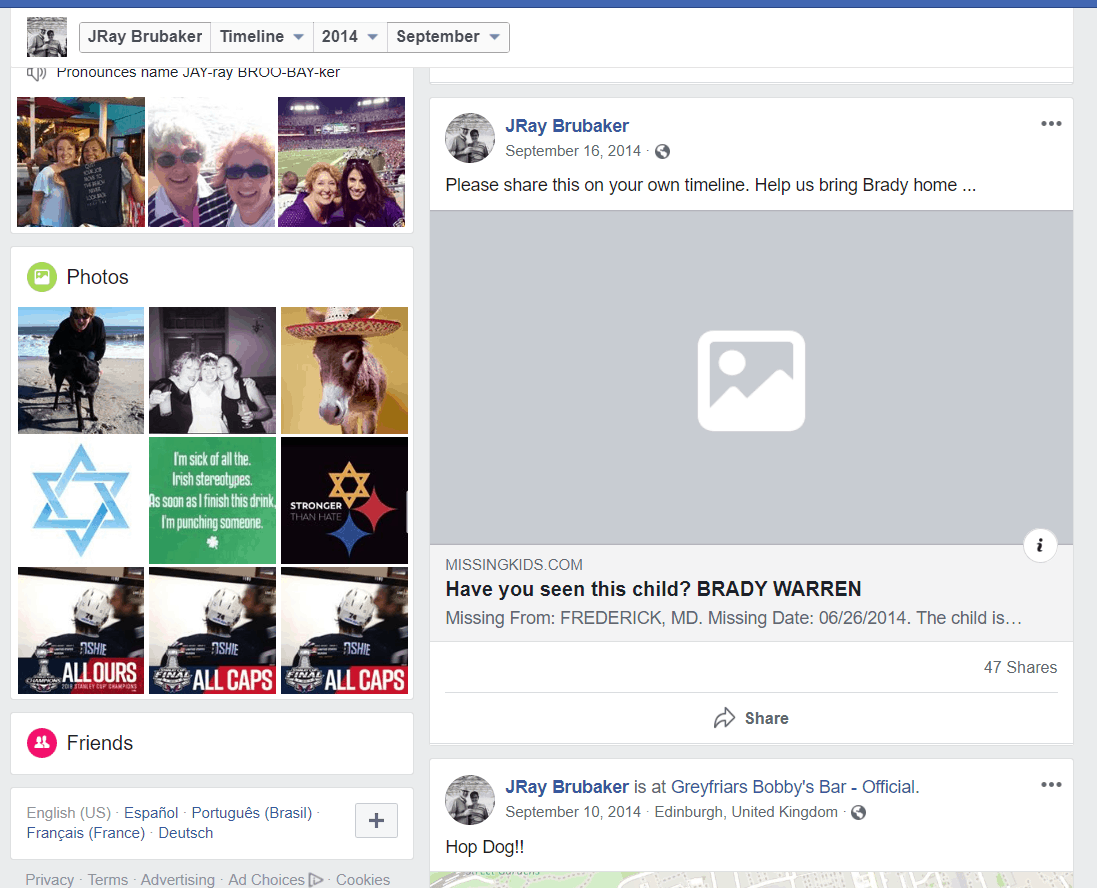 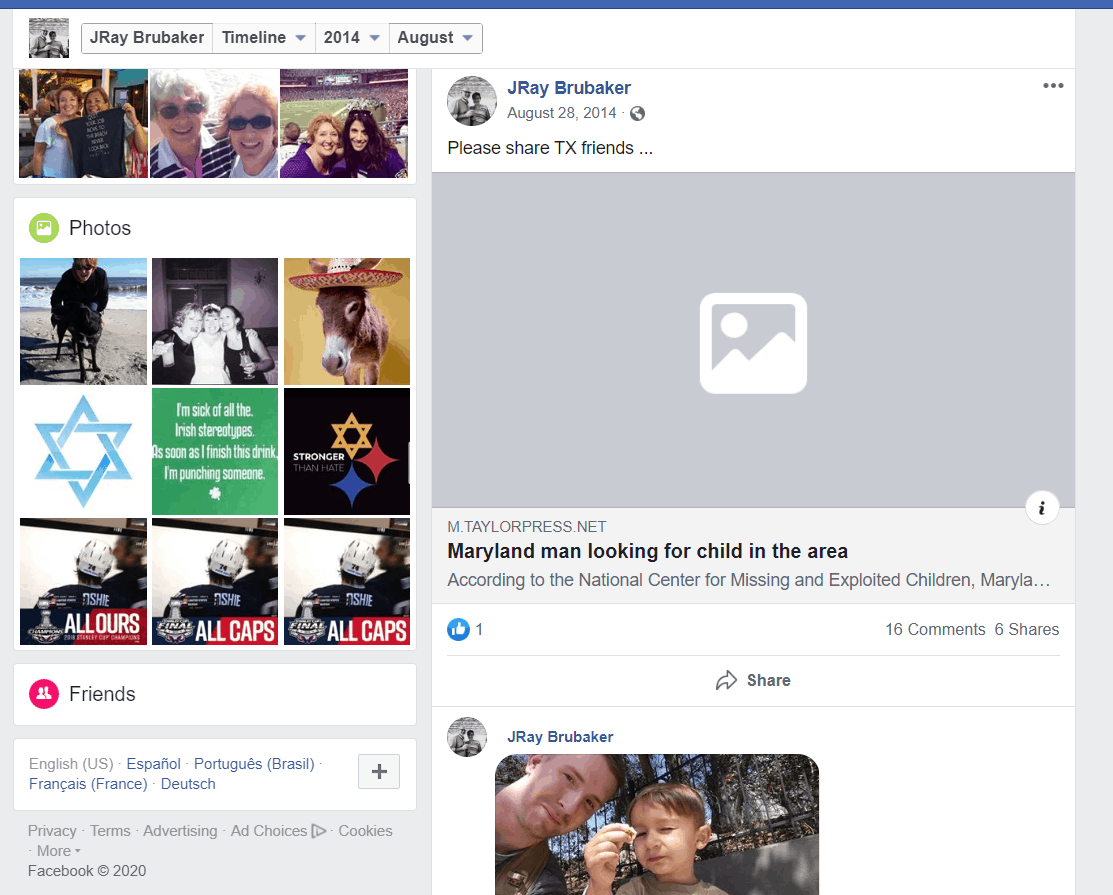 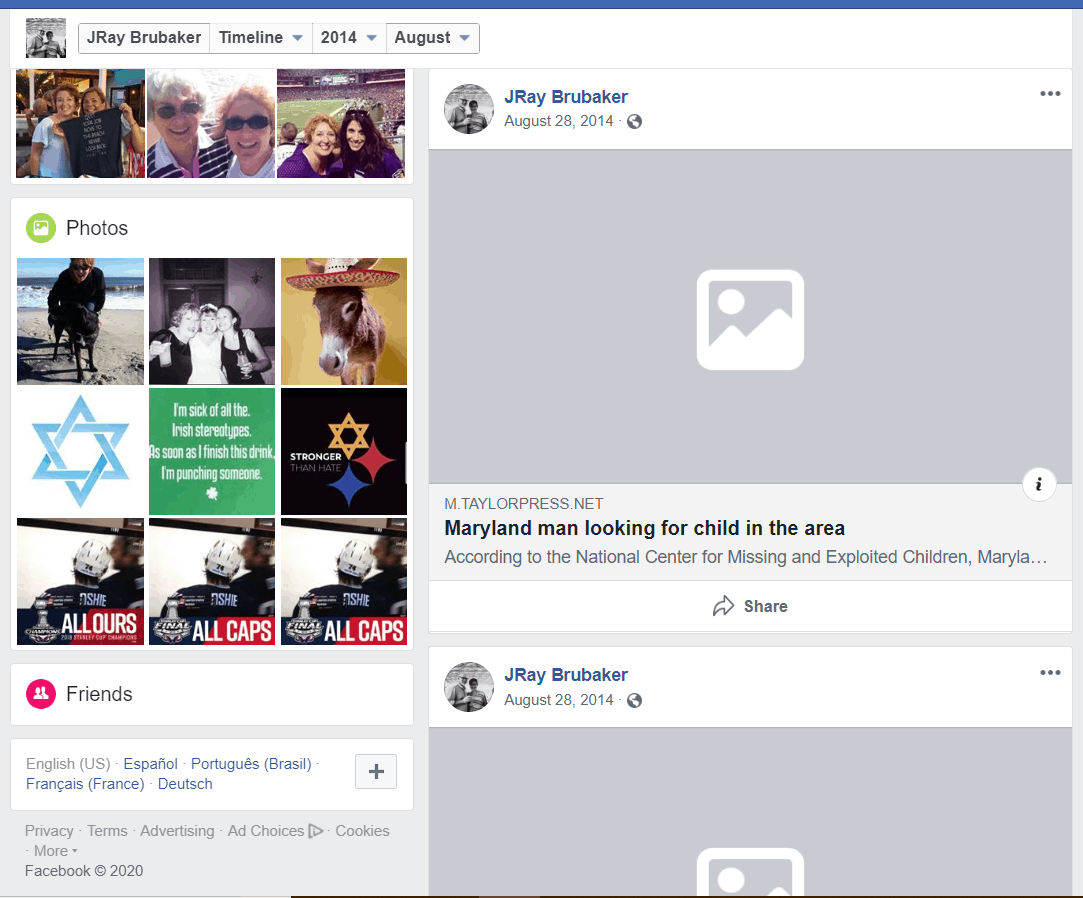 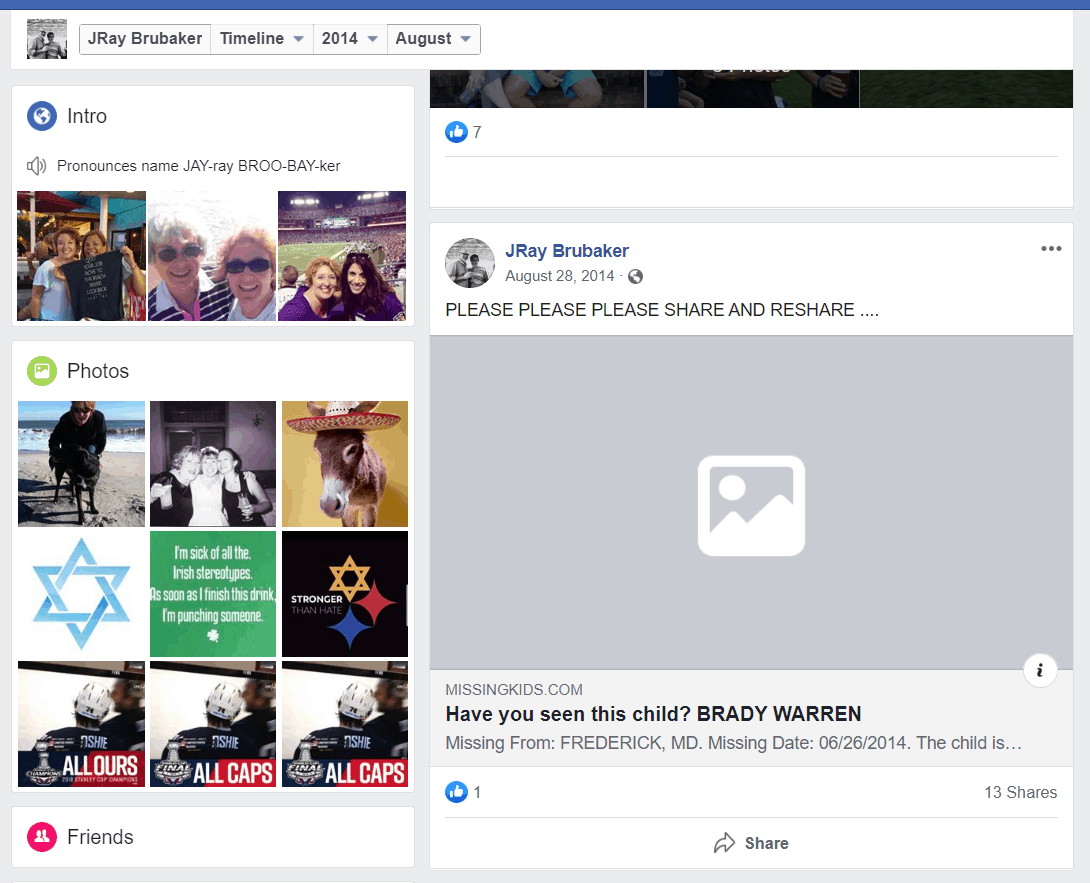 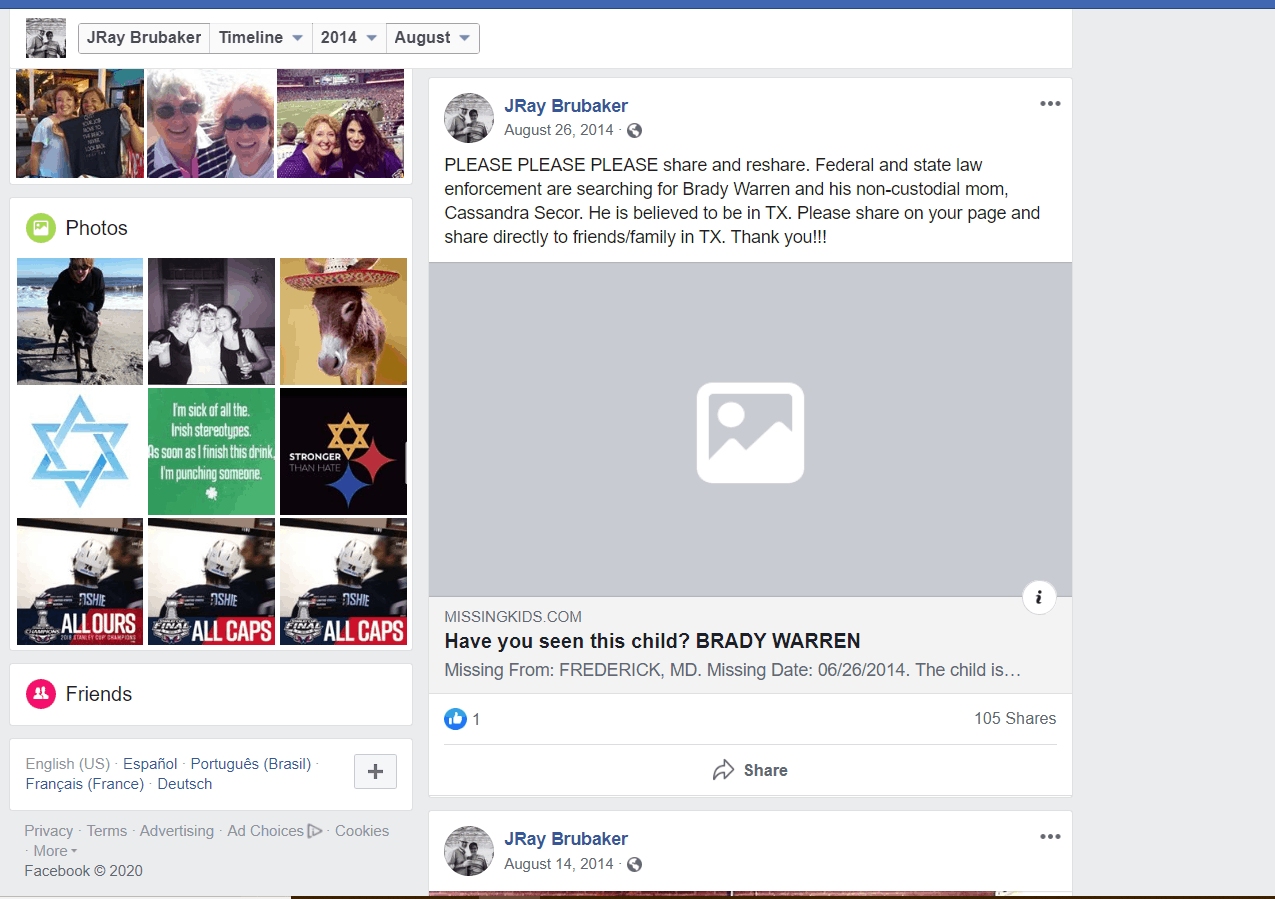 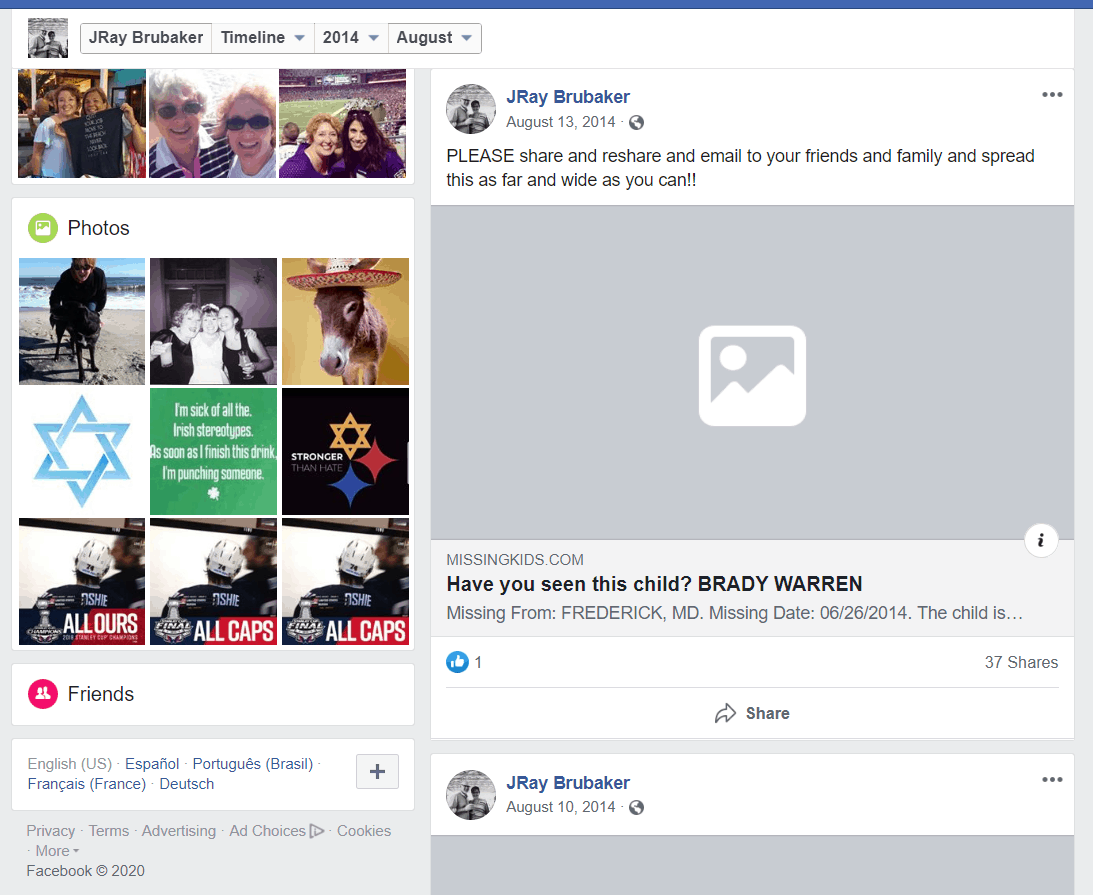 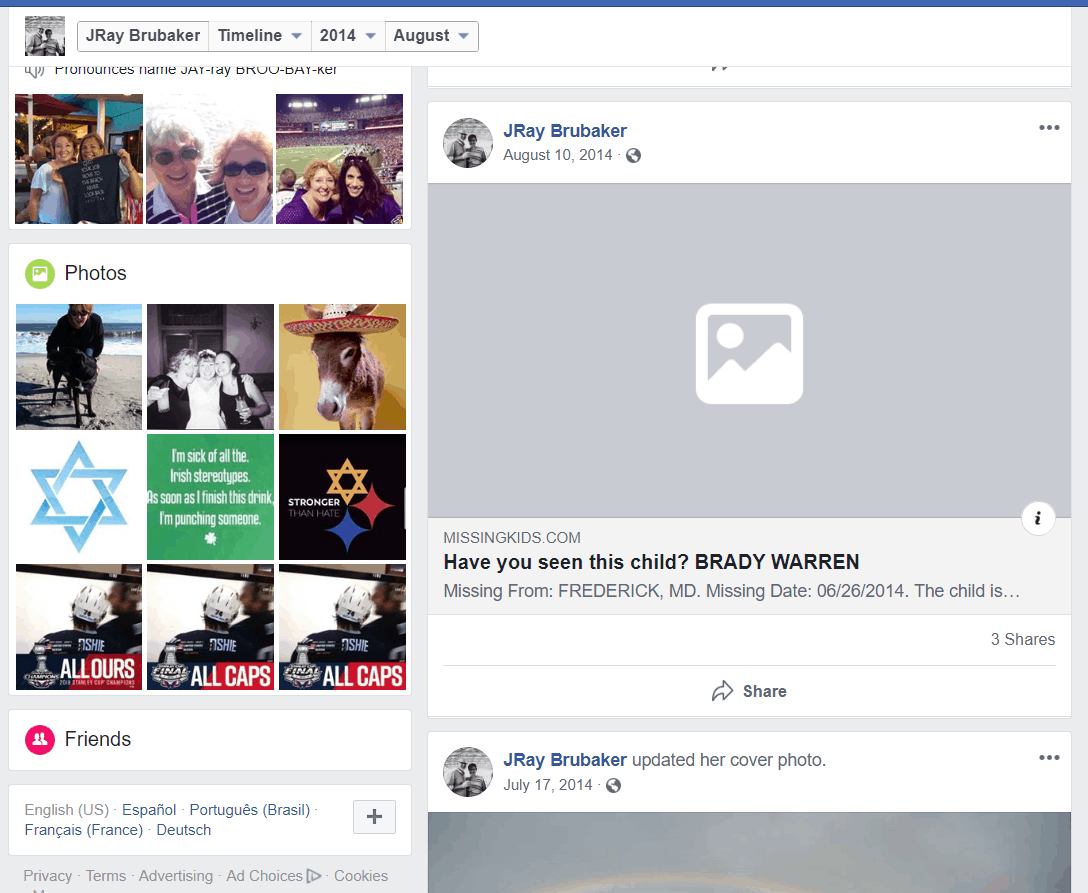 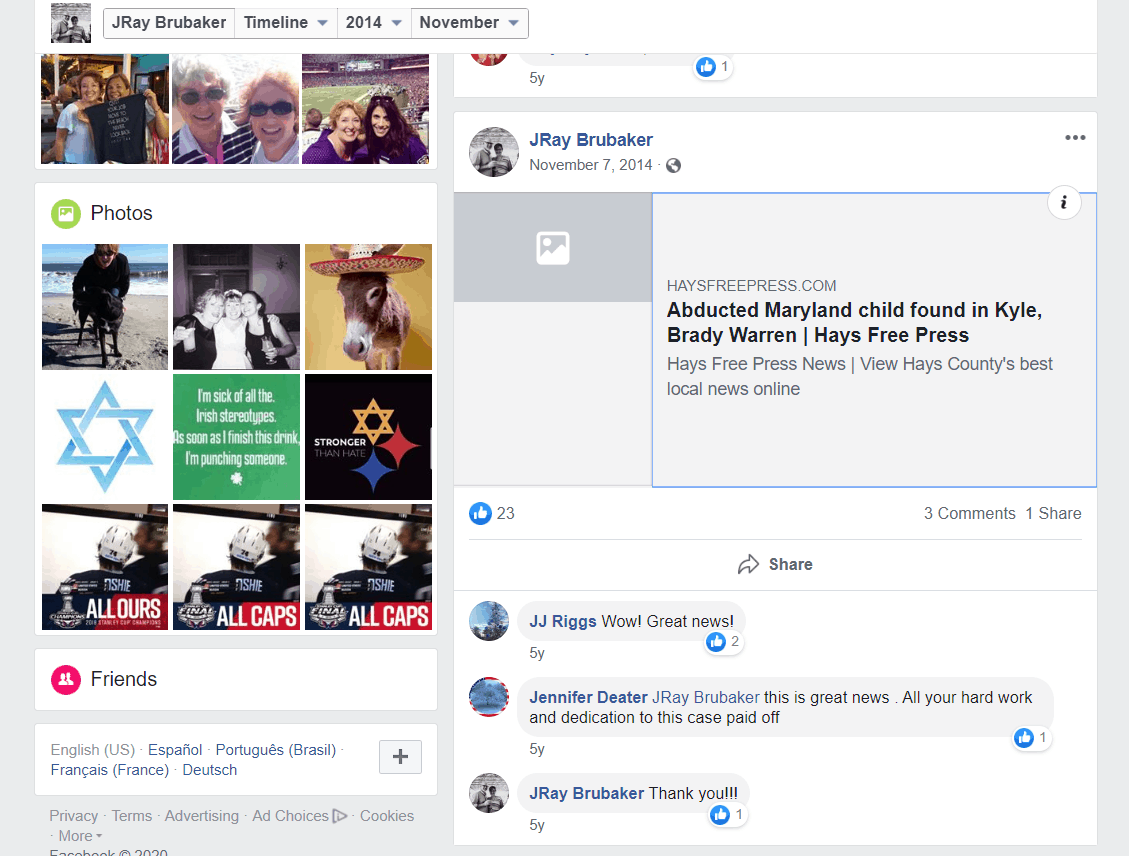