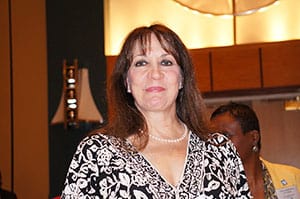 Editor’s Note: A Miner Detail would like to send a shout out to our fan which read our previous article Monday at 12:06 pm and today at 1:22 pm from their Apple computer in their Rockville office. We appreciate the 3 minutes you spent with us, but please tone down your impulsivity. The articles will be published as they are published.

As Libertarians, we often talk about the “Thin Blue Line,” in the context of unwarranted protection of police officers operating outside of the law and escaping legal responsibility for their crimes. A recent manifestation of this idea was down in Florida, where police opened fire on a UPS truck with wanton disregard for civilians and collateral damage. It reminded me of Demolition Man, without Taco Bell or the three sea shells.

However, it is not just police officers which receive unwarranted protection from their actions. Police officers are hired through traditional HR processes. They have supervisors and concise laws which they are supposed to follow.

There is another level of the criminal justice system which does not receive the attention it warrants. They are not hired, they are appointed in secret. They do not have a boss or supervisor. They are only accountable for their actions every 15 years. This is the Thin Black Line, the Judges which preside over criminal and civil hearings. The Judges who make sentencing decisions. The Judges, who are elected by the people to make these decisions, but often fall short in their jurisprudence. The laws which govern their decisions are vague and obscure, relegated to the pages of Higher Court rulings and inaccessible to the average person.

Nor is it easy to identify their decisions, as Maryland Judiciary Case Search does not reveal the Judge in a case. Governor Hogan proposed this change through legislation, to allow citizens to see which Judges are making what rulings in 2019. Shrouded in secrecy, Judges act with impunity because the average voter cannot identify their mistakes.

While peeling back the layers of the Judicial Onion, I identified a source which gave me insight into how the courts operate. We shall call them The Question, after the superhero whose analytical abilities rival that of Batman with a conspiracy theory twist.

Before you even ask, every source is receiving a DC superhero name. Did you expect anything different?

According to The Question, the Frederick County Courthouse operates as a series of favors and kickbacks. Lawyers trade a favorable ruling in one case (a client that has deep pockets) for a less favorable ruling in another case (a client that does not have deep pockets). This informal exchange of favors is what determines the rulings in a case, not the merits of the actual case. Let me say that again. The merits of the case do not matter. All that matters is professional nepotism, exchanging favors between parties.

Sometimes, the nepotism also extends to the alma matter of the Judge and attorney. The Question has highlighted Judicial favoritism based on alma mater, specifically University of Maryland Baltimore’s Law School. So when a Judge and attorney both attended UMB Law, the Judge allows leniency for unethical behavior from said attorney.

Future articles in this series will thoroughly cover these ethical violations in detail.

Disruptors have upset this “natural” order of things, as the trading of favors only works when that position is acquired through a favor. Specifically, the election of Judge Scott Rolle over Judge Danny O’Connor in 2014. Judge Rolle is an outsider, not subject to the traditional forces which determine judicial rulings.

The biggest break in my research came in the form of State’s Attorney Charlie Smith speaking to the Republican Club of Frederick County on October 10th, 2019. While speaking to the Club, SA Smith mentioned issues with judicial rulings in criminal matters, specifically the time a convicted criminal is sentenced to prison.

This gave me two specific parameters to identify which person SA Smith was talking about. SA Smith also discussed the fact that Judges are elected, that the voters have a say in who sits on the bench, and that the voters can only hold them accountable every 15 years (in contrast to his position, which is elected every 4 years). District Court handles traffic tickets and misdemeanors, in which sentencing is straight forward. Felonies and civil cases are heard in Circuit Court, in which there are 6 elected Judges. Our parameters, as mentioned above, are that the problem Judge is a former prosecutor and was appointed between 2002-2006 (Ehrlich) and 2014-present (Hogan).

Given these parameters, it was easy to narrow down the list. Only two Judges in Frederick County are former prosecutors; Judge Julie Solt and Judge Theresa Adams. When we add in the second parameter, Judge Solt is excluded as she was initially appointed in 1998 under Governor Parris Glendening (D). Judge Solt was re-elected in 2016, so even if her rulings were horrible, there is no electoral recourse for the result of her decisions. She will be on the bench until she retires or is removed.

This begs the question, what is so worrisome in Judge Adams’ rulings and why would SA Smith bring it up now? It turns out that Judge Adams is up for re-election in 2020 and has already formed a campaign committee.

After some Google Magic, it became clear why SA Smith chose to mention these parameters, in this year, in regards to judicial rulings.

Judge Theresa M. Adams, of the Frederick County Circuit Court, has a soft spot for criminals which victimize children. It was not just one case, it is a long-standing pattern of behavior. Now that Judge Adams is up for re-election, it is the duty of the press and the voting population of Frederick County to determine if these criminal sentences are appropriate for the crimes committed.

I am of the personal belief that pedophiles should face the electric chair, firing squad, and a flamethrower, to ensure that this scourge is wiped from existence and the ground on which they stood has been cleansed with fire. We can have a legitimate discussion about how we sentence criminals for possession of marijuana, DUI, and even the differentiation between manslaughter and murder. However, the one thing that every reasonable person agrees on is swift and harsh punishment for criminals who sexually victimize children. There exists fringe extremists that are actively trying to normalize the sexual exploitation of children.

Based on her decisions, Judge Theresa Adams is one of these extremists. Through her rulings, it is clear that she believes pedophiles should be sentenced to a few years probation and maybe 18 months in jail.

We will be highlighting Judge Adams’ actual record on crime, her personal misfeasance on campaign and financial matters, and the numerous reasons why voters should choose carefully when they enter the ballot box in 2020.

In writing this article, I attempted to reach out to Judge Adams’ campaign team. However, there is no social media or online presence for her re-election. The listed campaign chairman and treasurer did not respond to our e-mail request for comment.

Children cannot vote. But you can.