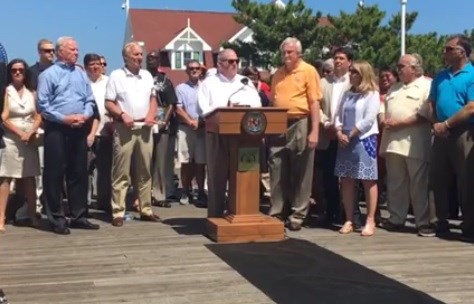 Except, Baker’s “survey” is not really a survey at all.

Standing at the Ocean City Boardwalk and joined by Maryland Comptroller Peter Franchot and a number of state delegates and local officials, Hogan stated,

Starting Maryland public schools after Labor Day is not just a family issue – it’s an economic and public safety issue that draws clear, strong, bipartisan support among an overwhelming majority of Marylanders. Comptroller Franchot and I believe, and the people of Maryland strongly agree, that this Executive Order puts the best interests of Marylanders first, especially the well-being of our students. This action is long overdue, and it is simply the right thing to do.

While Hogan’s post-Labor Day executive order remains popular among a majority of Marylanders, according to a Goucher College poll released last year, Hogan’s potential 2018 Democratic opponents, including Baker, are hitting the governor’s actions as taking away local control from individual Maryland school districts. 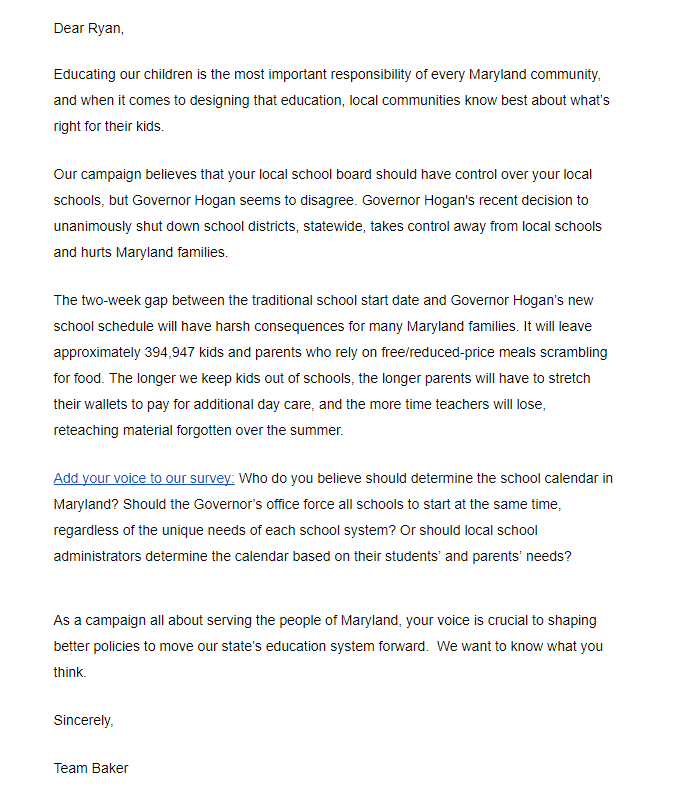 If you click the link to Bakery’s “survey,” you’ll be met with an attack targeting Hogan’s executive order.

The survey portion of Baker’s email blast asks for the survey taker’s email address, a first and last name and a postal code. At the bottom right-hand side of Baker’s survey, you’ll be asked to add your thoughts on whether you agree with Hogan’s decision to move school start times after Labor Day. 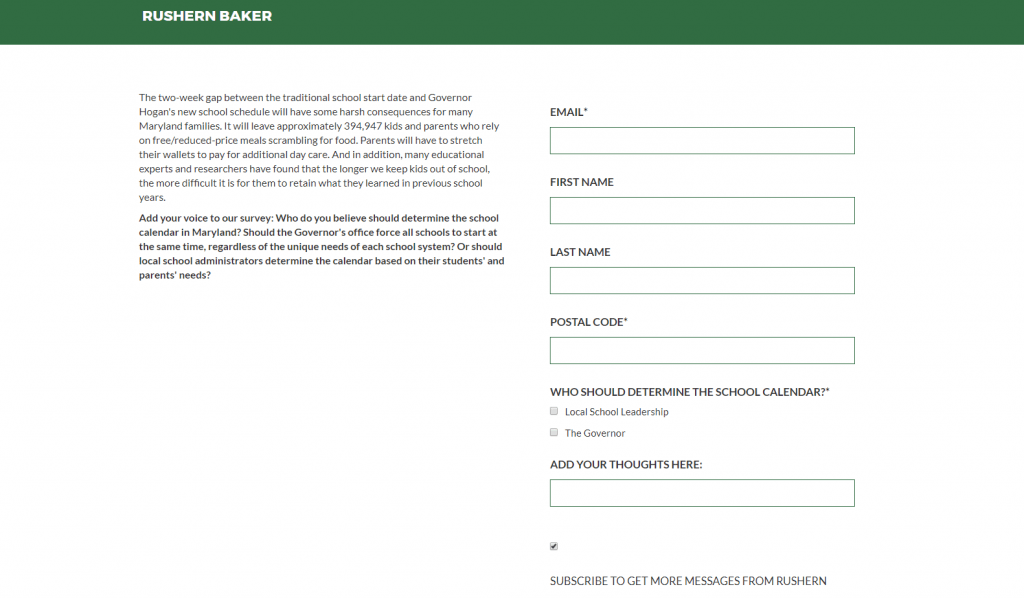 Gov. Hogan is NOT voting for disgusting Donald Trump