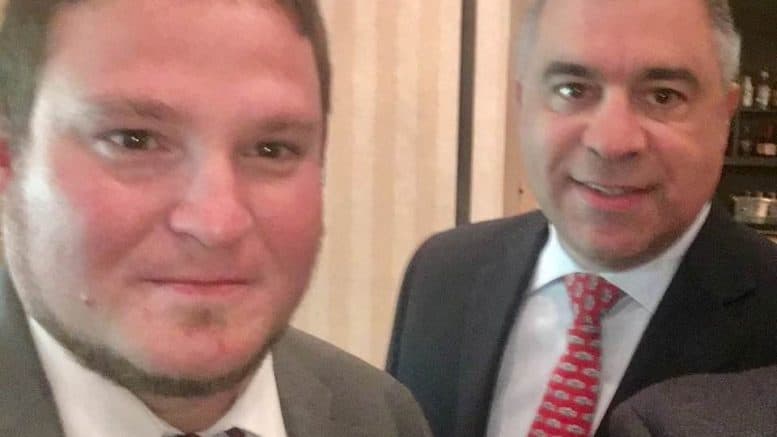 Mr. DeWolf, who is currently the chairman of the conservative Washington County Republican Central Committee, the same committee responsible for the appointments of four local Republicans – Andrew Serafini, William Wivell, the late Vincent G. “Woody” Spong and Wayne Keefer – to higher office since the early months of 2015 is stepping into the role of chairman of the nonpartisan Board of Education search panel without any prior education experience.

Mr. DeWolf is a relative newcomer into the Washington County Republican apparatus. In 2014, Mr. DeWolf, a relatively unknown Keedysville resident, was tapped by Dan Bongino – a now three-time losing Republican congressional candidate who hosts a podcast from his Florida home – to serve as his Washington County congressional campaign coordinator. Mr. Bongino was defeated in the 2014 general election by Democratic Rep. John Delaney.

Shortly after Mr. Bongino lost his bid for Maryland’s 6th Congressional District, Washington County Commissioner’s President Terry Baker settled on his own run for Congress in the heavily gerrymandered 6th district, tapping Jerry DeWolf, then only an associate member of the Washington County Republican Central Committee, to manage his unsuccessful campaign. Mr. Baker’s congressional bid was shattered on Tuesday, April 26, 2016, when he was defeated in the Republican primary by Amie Hoeber, a Potomac resident who heavily outspent the other seven Republican primary contenders. 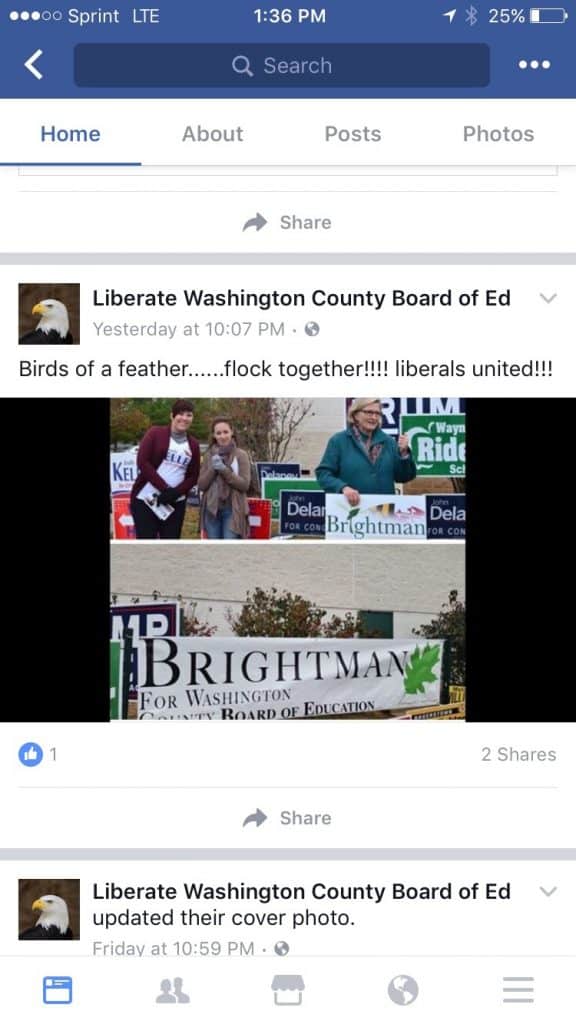 In the final week leading up to the November 2016 general election, it was widely reported by multiple members of the Washington County community that DeWolf verbally accosted Donna Brightman at the early voting center and later took to his personal Facebook page to mischaracterize the exchange. Witnesses said that DeWolf loudly and harshly accosted Brightman multiple times standing at the early voting center while handing out literature to incoming voters.

According to one source with a familiarity of the BOE search panel selection process, Commissioners’ President Terry Baker heavily lobbied the other four commissioners to appoint DeWolf, his former congressional campaign manager, to chair the six-member panel. Some commissioners, however, called into question DeWolf’s ability to remain nonpartisan, demanding DeWolf not engage in any blanketly partisan lobbying as the sitting chair.

Last year, Mr. DeWolf posted the following Facebook update on his personal page, calling on his Facebook followers to vote Republican in the upcoming elections: 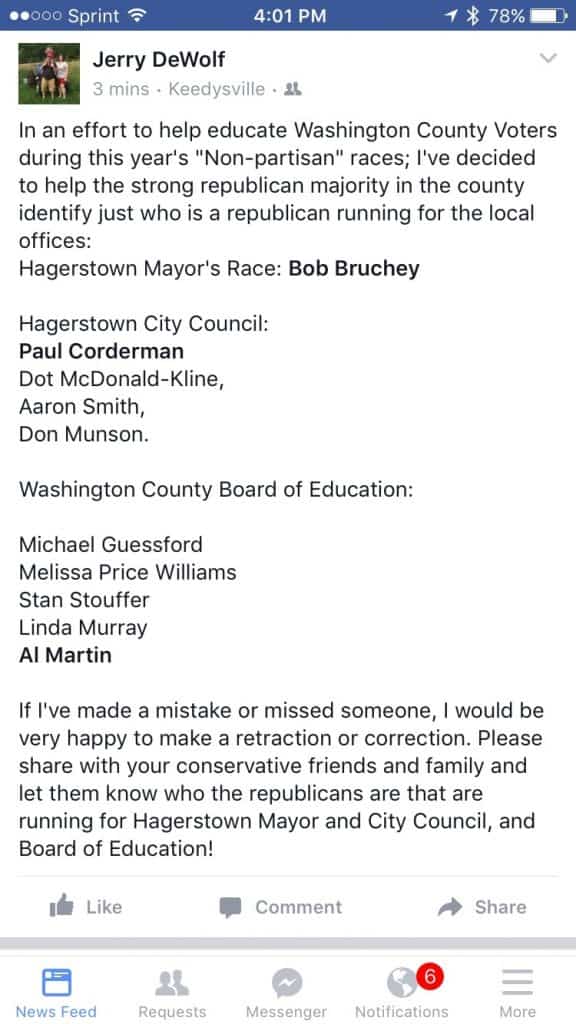 “As chairman of the BOE Vacancy Commission, I think what is important here is to remember the outcome of the last election and the mandate of the voters of Washington County, when seeing who the members of the commission are, and how they got here,” DeWolf said in an email. “The voters made a significant change to the board last November, and we would do well to keep that in consideration.”

It has also been heavily rumored that Mr. DeWolf, Commissioners President Baker, and Commissioner Keefer are peddling Republican Club officer Linda Murray, a defeated 2016 Board of Education member, to fill the vacancy on the Board.

According to several sources, Commissioners Baker and Keefer are working in overdrive to dispel any hint of favoritism in the selection process. As reported by several Washington County community members, Baker and Keefer personally phoned Al Martin, a former Board of Education candidate who has said publicly that he will apply for the vacancy, to ensure him that the selection process will be fair.

Since DeWolf’s appointment as chairman, several Washington County community members have called into question his credentials to lead the nonpartisan Board of Education search panel. Given Mr. DeWolf’s scant record of education activism and his lack of business and philanthropic experience in the Washington County, community members wonder if DeWolf is capable of understanding the overwhelming complexities of the school system and the core responsibilities of an elected school board member.

Washington County’s Facebook page reports that the search panel’s first meeting is scheduled for this Friday, May 12, at 3:00 p.m. at 100 West Washington Street, Room 2001, Hagerstown. 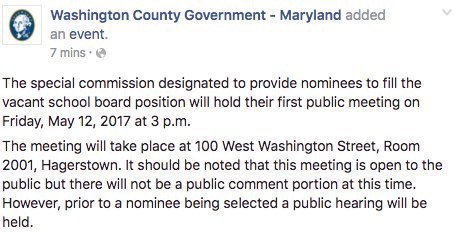