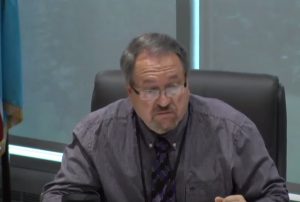 Last week on Election Day, Mike Guessford released a Facebook screed that implied that I was responsible for writing a false letter to Washington County teachers in which I endorsed Al Martin, Donna Brightman, Pieter Bickford and Wayne Ridenour.

A teacher friend of mine just got a letter endorsing Al Martin, Donna Brightman, Peter Bickford and Wayne Ridenour. Is this dirty tricks politics? The person sending it to the school teachers with a same name died back in 2012. Is this the same church that this lady and Ryan Miner belongs to? Does this smell funny to you?”

Moving back to the topic of this blog article, on Thursday (and Friday) I filed a Maryland Public Information Request – and later amended said request – with Washington County Public Schools, requesting all of Guessford’s Board emails sent from him to his Board of Education colleagues and the superintendent that went back one week in an effort to see if his accusations against me went any further.

Of course, Guessford, who should be more concerned at this point with paying back the money he owes the school system, tried – and failed – to play detective in tracing the roots of the email. Wasting staff time and money, the results of Guessford’s taxpayer witch hunt found a fat nothing burger. Nice work, Scooby Doo-Guessford.

My MPIA request was quickly fulfilled; my request did not unspool or shed light any further light on the accusations implied by Guessford, but I did, however, discover Guessford absolutely berated Jackie Fischer in an unrelated email thread.

Guessford may have had good intentions with his public call for civility and resolve, but his private actions, aimed his fellow Board of Education colleagues, suggests otherwise. Maybe Mr. Guessford should practice what he preaches.