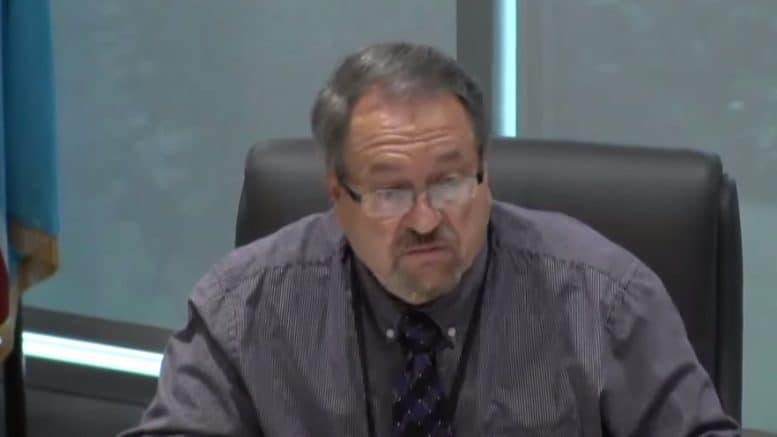 Herald-Mail Media reporter CJ Lovelace broke a story yesterday that Mike Guessford has still not paid back the money he owes as ordered by an independent ethics panel.

Last September, the school system’s ethics panel found Guessford in violation of the school board’s ethics policy after Guessford failed to list on his ethics forms that one of his private businesses profited from Washington County Public Schools – while he was an elected Board of Education member.

Guessford, in total, owes Washington County Public Schools $1,756.00. To be clear, the ethics panel ordered Guessford to repay the money by the end of his term in 2018. I wouldn’t think the order was merely a suggestion.

The ethics panel’s order, which was accepted by the school board by a 4-1 vote (now-President Melissa Wiliams voted against the order) stated unambiguously that Guessford had 60 days to establish a repayment schedule or make some other arrangement to repay the school system in full.

60 days has long passed, and Mike Guessford apparently still has no schedule to repay the school system. Although, as CJ Lovelace reported, Guessford intends to repay the money in one lump sum “when he gets it together.”

A prominent businessman of Mike Guessford’s statue cannot get together a little over $1700? Times are tough these days, no doubt, but shouldn’t an elected school board member like Guessford, whose job it is to uphold and promulgate the same values that WCPS teaches its students, do the right thing and pay back the money he owes?

According to Lovelace’s article, Guessford told Lovelace, accurately, I believe, that there is no deadline to repay the money he owes but he’s “going to do what they told us to do.” I assume “they” is the ethics panel or Guessford’s attorney, Ira Cooke, the same attorney Karen Harshman solicited to unsuccessfully argue her case before an administrative judge and the Maryland State Board of Education.

As mentioned earlier in this article, Guessford has already broken the 60-day repayment schedule portion of the order. So, what indication or evidence points to Guessford keeping his word to repay the money?

Guessford’s school board term ends in December 2018. What happens if Guessford decides not run again for reelection in 2018 or he runs again and loses? In this scenario, does the ethics panel’s order against Guessford simply disappear? If there is no true method to enforce said order against Guessford, how can we be so sure he’ll follow it without further repercussions?

I’ve known Mike Guessford for a few years now. I know that Guessford will do whatever he can to cut corners. Guessford is a habitual schemer who, for most of his life, has wronged his employees, his friends and now, the school system. Don’t be surprised if he eludes the ethics panel’s order altogether and reneges on his duty to repay the money he owes.

Karen Harshman voted to remove herself from the Board of Education

Williams and Stouffer drop the ball on superintendent search

Be the first to comment on "Do you really believe Mike Guessford will pay back the money?"