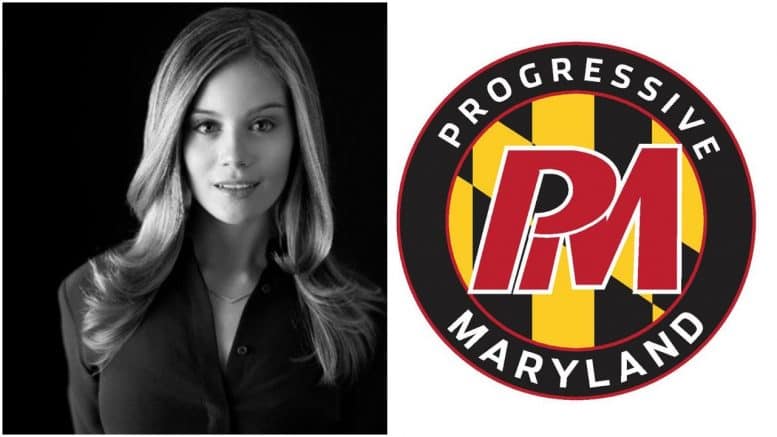 A super PAC set up by Progressive Maryland received a $50,000 contribution from the granddaughter of a retired hedge fund billionaire, raising questions about whether the organization has remained true to its stated efforts to root out megadonors and big money in Maryland politics and elections.

Below is a copy of the PAC’s latest campaign finance report, submitted to the Maryland State Board of Elections on May 22.

Under Maryland campaign finance law, a super PAC may accept unlimited contributions from corporations and unions as well as unlimited sums of money from individual contributors. Super PAC contributors must be U.S. citizens or hold green cards. It is against the law for super PACS to coordinate with candidates or agents of candidates. A super PAC can essentially raise endless cash to support or oppose candidates who are running for office.

Progressive Maryland was formed in 1991 as a 501(c)(4) nonprofit grassroots advocacy organization dedicated to helping elect progressive candidates to public office. The organization promotes social, economic and radical justice and claims to have over 120,000 individual members, supporters and organizational affiliates, according to its website.

The organization cites fair elections as part of its advocacy portfolio, writing on its website that “corporations and mega donors have too much influence over who can run for office.” Its website says the organization is “committed to getting big money out of politics by creating systems that empower small dollar donors and makes elected officials accountable to the people that elected them, not their special interest donors.”

So far, the Maryland super PAC’s top contributor is Caitlin Heising. She is the daughter of microchip entrepreneur Mark Heising and Liz Simons. Heising’s LinkedIn page shows that she is employed by the San Franciso-based Article 3 Advisors as a Research Project Manager. Article 3 Advisors is a human rights philanthropy consultancy company. Another online bio states that Heising is the vice chair of the board of the Heising-Simons Foundation.

The 2012 Brown University graduate is also the granddaughter of retired hedge fund billionaire James Simons. The billionaire Simons is listed on the prestigious Forbes 400 list, an annual list that shows the 400 richest American residents, ranked by their net worth.

A Democratic Party megadonor, Simons is ranked as the No. 4 donor to federal candidates in the 2016 election cycle, coming four spots behind Republican Robert Mercer, who was ranked as No. 1, according to the website OpenSecrets.org, a nonpartisan website that tracks federal campaign contributions.

Simons’ company hired Mercer in 1993 after Mercer had a successful career as a computer programmer. Mercer has used his wealth to back President Donald J. Trump’s successful 2016 presidential campaign, and he’s supported various other rightwing causes and organizations. Until recently, Mercer was a major investor in Stephen K Bannon’s Breitbart News. Bannon, a former White House advisor, was once the rightwing news outlet’s executive chairman.

According to an October 2016 Forbes article, Simons and his wife, Marilyn, reportedly donated a portion of their wealth – estimated at $298 million – to fund research for mathematics, science and education-related issues.

Simons’ daughter and son-in-law, Heising’s parents, have also donated a portion of their wealth to early childhood education initiatives and scientific research.

Philanthropy has been a longstanding Simmons family tradition, according to the same Forbes article. Each of Simons’ three children operates individual foundations: one for clean energy and another that promotes rights for girls, women and members of the LGBTQ community.

Federal campaign law requires all contributors to disclose their employer’s name and occupation for political donations exceeding $200. A majority of Heising’s federal contributions were made when she was a student or “not employed,” according to federal campaign finance records.

Progressive Maryland’s executive director, Larry Stafford Jr., told A Miner Detail on Saturday that he reached out to Heising earlier this year to encourage her to fund the super PAC. In turn, Heising donated $50,000 on April 16. Stafford serves as the PAC’s chairperson.

“I spoke with Caitlin. She is an ally and friend. We know her through her national work and national network around criminal justice reform, and she’s a big supporter of our racial justice work,” Stafford said.

“We just started our PAC this year, so we are beginning to raise money for a variety of races around the state.”

Stafford refused to provide A Miner Detail with Heising’s contact information. Several attempts to reach Heising have been unsuccessful.

Stafford said Heising’s $50,000 contribution to the super PAC is earmarked for Progressive Maryland’s work in Baltimore, specifically its work and advocacy geared towards criminal justice reform and its electoral efforts around racial justice.

One Montgomery County candidate noted to A Miner Detail on background that Progressive Maryland, courting big money outside of Maryland, is acting in contrast to its mission to get big money out of politics.

“Progressive Maryland is a creature of labor unions. Their super PAC appears to be a mechanism for labor unions to give more money to their favorite candidates than the law allows. Progressive Maryland says it wants to “counter big money,” but its new Super PAC received $50,000 from a single contributor in California. And it’s canvassing efforts use union money (which Marc Elrich and other public finance candidates can’t take directly) to benefit those candidates,” the Montgomery County candidate said.

Stafford said Progressive Maryland is in the process of raising money to oppose David Blair, a Democratic candidate running for Montgomery County executive. The organization has endorsed Marc Elrich, a Montgomery County councilman, in the six-person county executive race but is not coordinating efforts with Elrich or any member of his campaign, Stafford told A Miner Detail.