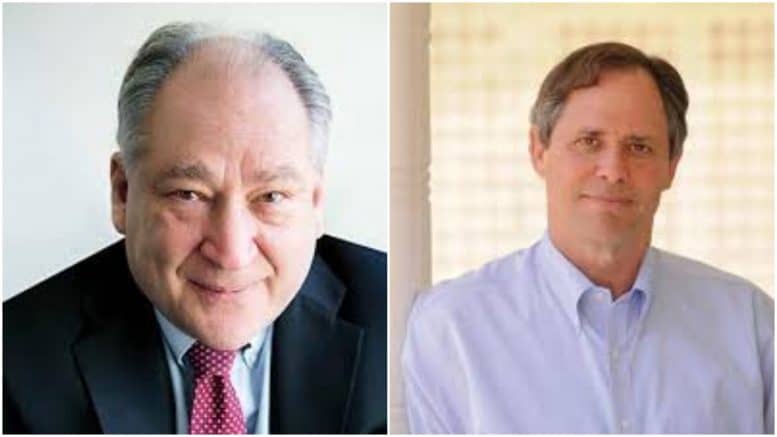 Two Annapolis lobbyists want the Maryland State Board of Elections to investigate activities and possible coordination between two Montgomery County executive candidates – Marc Elrich and Roger Berliner – and a super PAC set up by the leftwing group Progressive Maryland.

Sushant Sidh and David H. Carroll Jr., two principals at the Annapolis lobbying firm Capitol Strategies, on Friday emailed a letter to State Board of Elections Administrator Linda H. Lamone asking the board to investigate “the activities of Progressive Maryland and the campaigns of Roger Berliner and Marc Elrich.”

Read Sidh and Carroll’s letter below.

Progressive Maryland set up a super PAC in March and is spending heavily on media to oppose Montgomery County executive candidate David Blair.

The super PAC, which was set up by Progressive Maryland’s executive director, Larry Stafford, has spent over $100,000 on negative and factually misleading ads that target Blair’s former business practices. One of the ads compare Blair to President Donald J. Trump and criticizes him for “using his big money” in an effort to buy the county executive election.

Progressive Maryland was formed in 1991 as a 501(c)(4) nonprofit grassroots advocacy organization dedicated to helping elect progressive candidates to public office. The organization promotes social, economic and radical justice and claims to have over 120,000 individual members, supporters and organizational affiliates, according to its website.

The organization cites fair elections as part of its advocacy portfolio, writing on its website that “corporations and mega-donors have too much influence over who can run for office.” Its website says the organization is “committed to getting big money out of politics by creating systems that empower small-dollar donors and makes elected officials accountable to the people that elected them, not their special interest donors.

The Blair campaign has not run any negative campaign ads against other executive contenders and is largely focusing its message on bringing jobs to Montgomery County and economic growth.

A Miner Detail Radio Podcast host Ryan Miner recently interviewed Blair in Rockville about some of the negative ads targeting his business practices. Listen below to the interview.

Sidh and Carroll’s letter alleges that Progressive Maryland has essentially directed its staffers “to serve on the Elrich campaign” while smearing Elrich’s chief rival in the race, David Blair. The letter goes on to claim similarities exist between Elrich, Berliner and Progressive Maryland’s PAC in their messaging strategy.

“It’s difficult to imagine a scenario where personal personnel actively aiding a campaign haven’t discussed activities meant to benefit a candidate at the expense of another,” their letter alleges.

Sidh, who donated $250 to Blair’s campaign, said Blair is the best candidate in the race. He told A Miner Detail that he received a call from the State Board of Elections after 5:00 p.m. on Friday acknowledging receipt of their letter and that they may amend their request to also look into the Elrich campaign receiving public financing funds.

On Sunday Sidh forwarded an amended complaint to A Miner Detail in which the pair asked the board to investigate “whether or not the alleged coordination should lead to reimbursement of public funds and penalties for violating the spirit of the publicly funded campaign finance system.”

It is against Maryland law for political candidates to coordinate directly with outside groups.

When reached for comment on Friday, both the Berliner and Elrich campaigns denied and dismissed the allegations that they are coordinating with Progressive Maryland’s super PAC.

Berliner campaign manager Mallory MacRostie told A Miner Detail: “This allegation is completely false. We have had absolutely no communication or contact with the Progressive Maryland Liberation Alliance PAC nor have we ever coordinated with the Elrich campaign.”

Stafford on Friday punched back at the allegations in Sidh and Carroll’s letter, telling A Miner Detail, “We are fully aware of the applicable Maryland campaign finance laws and are following them. After David Blair has unsuccessfully fought to keep his troubled business dealings private he’s now trying a new avenue to fool Democrats, sadly this is what we’ve come to expect from Republicans.”

Progressive Maryland’s super PAC also received a $50,000 contribution in April from Caitlin Heising, the granddaughter to billionaire James Simons, a retired hedge fund manager. Stafford claims that Heising’s contribution is not being used to attack Blair but rather reserved for Progressive Maryland’s criminal justice reform initiatives in Baltimore.

Recent polling shared with A Miner Detail suggests that Blair, who was endorsed by The Washington Post, is leading his nearest competitor, Elrich, by 4-7 points. In the final weeks of the campaign, several Montgomery County insiders and political observers have defined the executive race as a two-person contest between Blair and Elrich. The next Montgomery County executive will succeed longtime County Executive Isiah “Ike” Leggett, who is retiring after three terms.

This Tuesday is Election Day in Maryland.

Washington Post: Blair for County Executive or Anybody but Elrich

Be the first to comment on "Annapolis lobbyists request state Board of Elections to investigate ties between Progressive Maryland PAC & Elrich, Berliner campaigns"