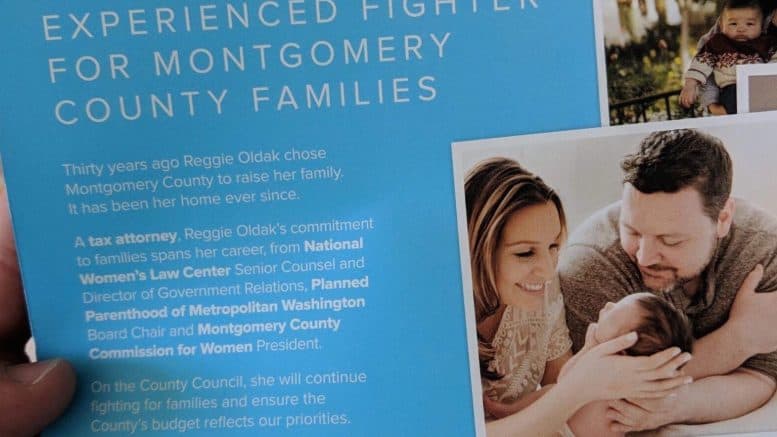 Montgomery County Council District 1 candidate Reggie Oldak listed on a recent campaign mailer her 2006 Washington Post endorsement. Oldak, a tax attorney and a former chief of staff to Councilman Roger Berliner, was endorsed by The Post in 2006 when she ran for state delegate in District 16. Oldak was defeated in the Democratic primary that year.

The Post, however, did not endorse Oldak in her bid for County Council but is instead backing Andrew Friedson, writing, “The best candidate in a strong field is Andrew Friedson. A longtime senior official in the state comptroller’s office, Mr. Friedson has a wealth of experience in combing through major agency and program budgets, and financing small business and higher education.”

Oldak today told A Miner Detail that her mail “piece came out before the Post issued its current endorsements, which made my 2006 endorsement relevant.”

District 1 is currently represented by Roger Berliner, who is not seeking re-election but instead is running for Montgomery County executive. Friedson is said to be the frontrunner, locked in a tight contest with Oldak, former Planning Board member Meredith Wellington and former five-term Kensington Mayor Pete Fosselman. 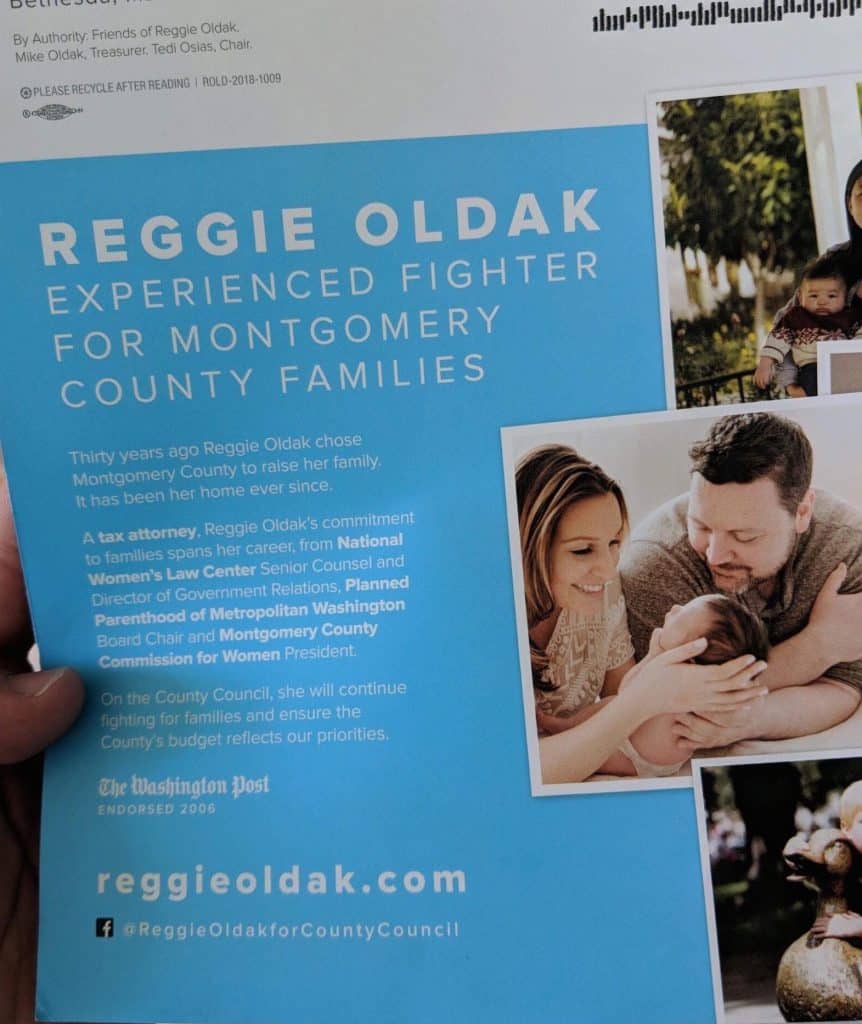