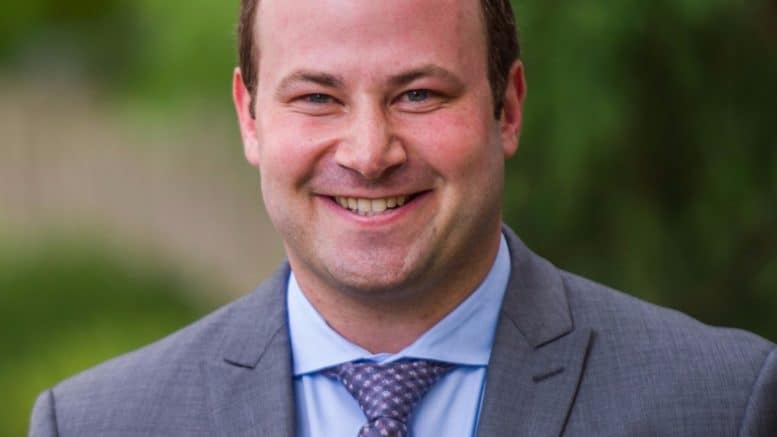 Montgomery County Council District 1 candidate Andrew Friedson is pacing himself in the long slog to the June 26 primary.

A first-time council candidate with a Rolodex the size of a ten-term congressman, Friedson, 32, is locked in a competitive primary with some political heavyweights, including former five-term Kensington Mayor Peter Fosselman; attorney Reggie Oldak, who served as chief of staff to Councilman Roger Berliner, county executive candidate; longtime Planning Board member Meredith Wellington; and state Del. Ana Sol Gutierrez.

A progressive Democrat with an obvious moderate business-friendly bent, Friedson’s ubiquitous presence around the county qualifies him as the frontrunner in the race to succeed Berliner in the District 1 seat.

By the numbers, Friedson, who lives in Bethesda, has raised the most cash amid the District 1 field, and he has the most cash on hand – a staggering $200,622. 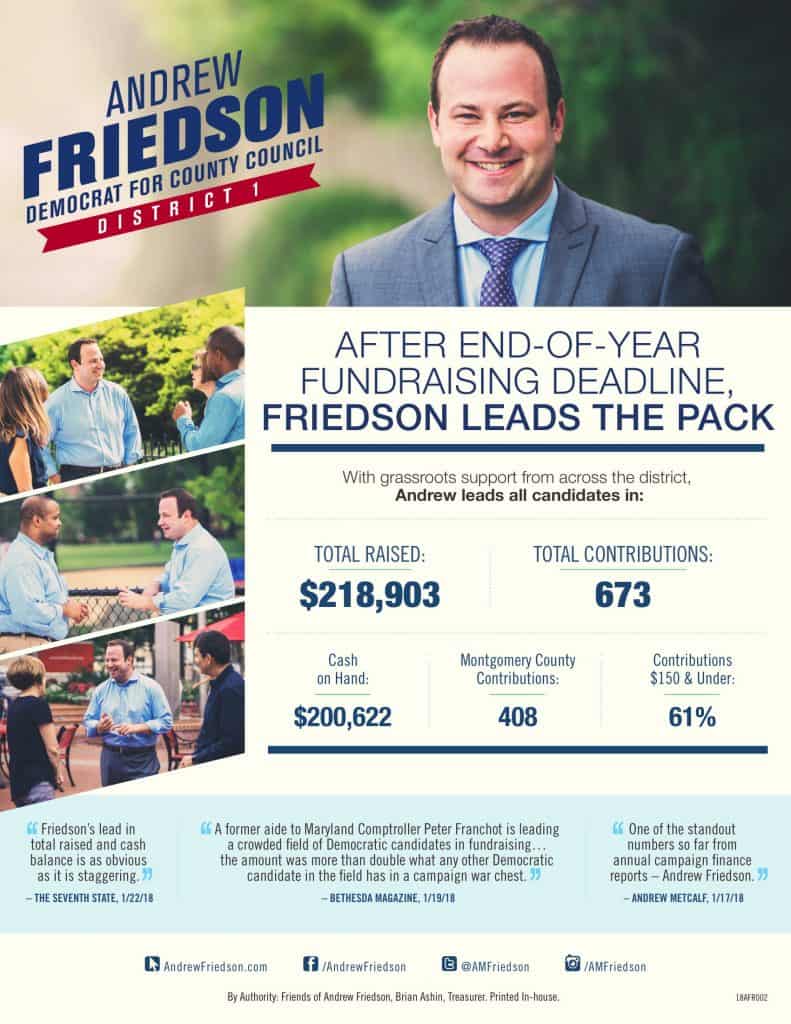 Friedson’s bio states that he is a lifelong Montgomery County resident and University of Maryland graduate, having attended Wayside, Hoover and Churchill public schools.

He spent the past several years as Senior Policy Advisor, Deputy Chief of Staff and Division Director for the Comptroller of Maryland and recently served on Maryland’s Small Business Development Financing Authority. Friedson currently serves as Chair of the Montgomery County Collaboration Council for Children, Youth and Families.