“I see many things. I see plans within plans”
– Oberon, Dune

While the members of the Central Committee, besides JoeyLynn Hough and Michael Hill, are staying quiet, there is a lot of information to be gleaned from a close reading of the wording and phrasing of this ongoing feud.

First off, in the News-Post article highlighting the attempted loan to the Trump Campaign, the newspaper used some very specific phrasing. The article highlighted a “planned expense” and discussed “central committee records.” I would like to refer you to the last time I was able to attend and report on a CC meeting. While I was present and heard all of the discussed financials of the CC, I did not include any of the numbers in my reporting. I wrote them down as notes to write the article later, nothing more.

There is responsible and irresponsible reporting. I am sure that neither the Republican or Democrat Central Committees would appreciate planned expenses being broadcast before they happen. That’s what campaign finance reporting is for.

I can state with absolute certainty that the FNP did not attend the CC meeting when this Trump Loan was planned. That means that a member of the CC handed over private central committee records to the FNP, violating their fiduciary responsibility to the Committee itself.

Because I love highlighting hypocrisy, let’s take a trip down memory lane. 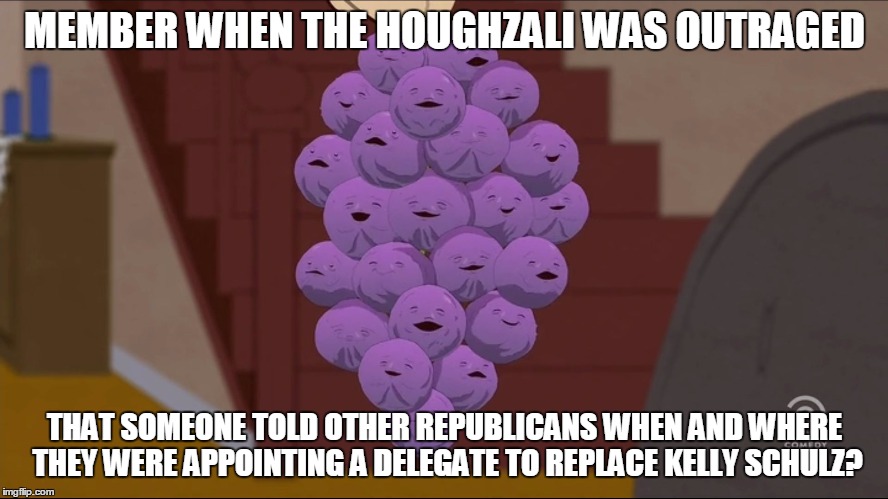 Apparently confidentiality is only a problem when it does not benefit them.

Secondly, we have to take a trip through the Frederick County Grapevine, addressing the scuttlebutt that I have been hearing over the last year-ish.

Around April or May, I was personally contacted by a member of the Central Committee, asking me to start attending the meetings. When I asked why, this person stated that during the last meeting, JoeyLynn Hough physically got up from her seat and berated another member of the CC, inches from this person’s face. Afterwards, JoeyLynn Hough stormed out of the CC meeting. Needless to say, this sort of behavior never occurred while I was at the meetings. So I mention this to you as a rumor, for you to decide how true or false it is.

However let me present this to you. Why would the CC be trying to include a provision in their Code of Conduct to address harassment if the above incident did not happen? Generally organizations do not propose bylaw changes to address problems that do no exist. It is obvious to me that someone on the Central Committee has been harassing other members of the committee, disrupting the meetings and generally causing chaos. Obviously the inclusion of this new provision is to give the CC the ability to remove disruptive personalities that are hindering the CC’s objective, electing Republicans. 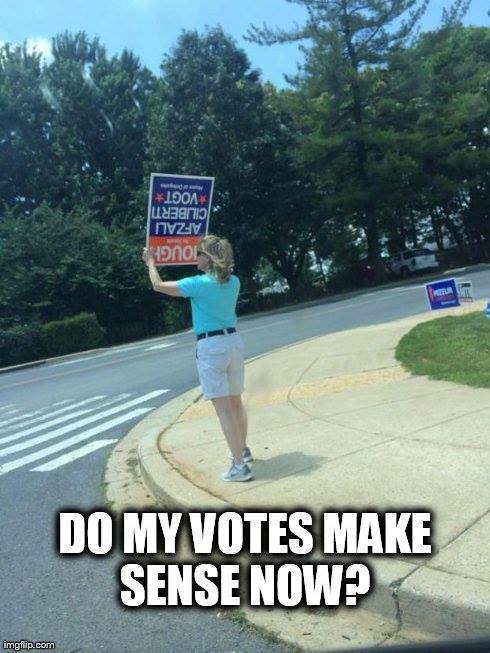 While we are in Rumor Mill Land, let’s also ponder these events like a game of chess. In the FNP article published today, Kathy Afzali, the pro-Common Core and Anti-Homosexual delegation leader of Frederick County, was quoted calling for “party unity” while shedding Crocodile Tears. Obviously, she forgot that one time that she decided to text-harass the Most Popular Republican in Frederick County, Sheriff Chuck Jenkins. I’d ask the good Sheriff for comment, but I’d bet a dollar he’s either hunting deer, chopping wood, or catching criminals.

What does Kathy Afzali have to do with the Central Committee? Were other elected Republicans in the County called for comment? I reached out to Delegate David Vogt, Mr. Responds-Reliably-To-Text-Messages-On-Sunday-Morning. Delegate Vogt was not asked for comment.

Sticking to Rumor Mill Land, I have heard many rumors about the 2018 election. Most of them are just scuttlebutt, but based on this article I believe one of them has some validity. I’ve heard from multiple, unconnected sources that Delegate Afzali is planning to run for County Executive in 2018. This article published by the FNP validates this idea. Delegate Afzali, instead of sending mean-girl text messages to elected Republicans and bashing gays, is attempting to position herself as a reasonable and moderate voice within Frederick County politics.