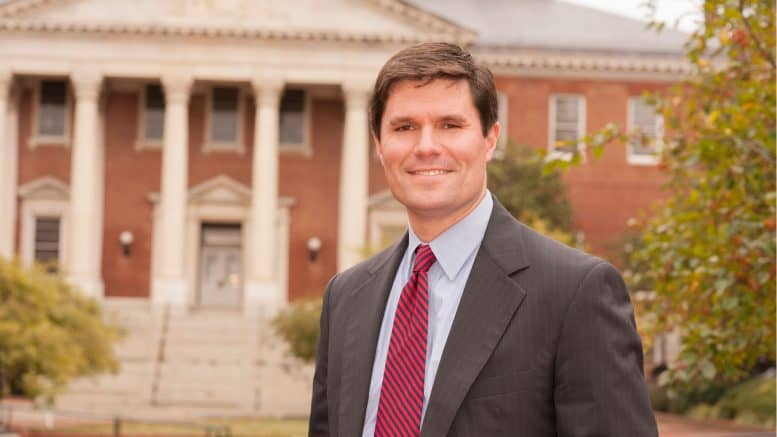 By now you’ve heard that House Majority Leader Bill Frick is dropping his congressional bid in CD-6 and will instead join the Montgomery County executive race.

In it my opinion that Frick’s exit from the CD-6 primary stands to benefit Aruna Miller and Roger Manno the most.

Miller’s major advantage is her support from Emily’s List and the funding she’ll continue to receive from Indian-American donors. How much do you want to bet that Miller’s team is working on a string of high-profile endorsements from the state’s top Democratic women (and men)? I have no inside knowledge of Miller’s strategy; but do not be surprised when you soon see former Sen. Barbara Mikulski standing next to Miller in Gaithersburg or Frederick pronouncing her unabashed support for the two-term female delegate. Let’s face it: Maryland still loves Senator Barb, and an endorsement from her would go a long ways.

You cannot underestimate Miller’s appeal to women. Currently, there are no women representing Maryland in its federal delegation. I know a lot of women – my better half, Kimberly, for example, my darling sweet love – who are eager to vote for a qualified woman to take on the good ol’ boy’s club, especially in the Trump era.

For Manno, his support lies within another core Democratic constituency – the labor movement. Manno is undeniably beloved among the labor groups in Western Maryland. His appeal is authentic. I’ve seen Manno in action. There is nobody better than Roger Manno who can sell the core tenants of the Democratic platform. He’s passionate about economics and his experience as a state delegate and senator is proof positive that he’s lived and breathed progressive policies for years.

Do you want to understand Manno’s appeal? Come talk to my grandfather – a 92-year-old World War II Army vet who worked for the City of Hagerstown for over thirty years, whose father died when he was 16, who joined the Army at 17 and worked his entire life for a just a sliver of the American Dream. That’s who Roger Manno appeals to. If you’ve been following Manno’s career for some time, you know he’s a closer. He may begin slow, but he finishes strong. You’ll see soon.

Beating David Trone wasn’t necessarily a money race for Frick. His second-quarter postings were well above average. His challenges, however, were rooted in convincing core Democrats to coalesce around him. Is Frick a moderate Democrat? Not hardly. Is he a progressive business-friendly Democrat? Perhaps. Is he a Harvard lawyer from Bethesda? Yes, he is. To some, he’s still unrelatable.

There is no doubt that Bill Frick will shake up the county executive race. He’s a hell of a campaigner; anyone who knows anything about Frick knows he’s a talented and creative guy. Personally, I like him a lot.

I’ve had dozens of conversations with core Democrats in the 6th District over the last three to four months. One constant applies in this CD-6 Democratic primary: Activists Democrats and core Party loyalists fundamentally disdain – actually, no, hate is a better word – David Trone. Those core Democrats, especially in Montgomery County, can’t stand Trone for all the same reasons they disliked him during his CD-8 race in 2016.

In general, Democrats and Republicans hate David Trone because they see him as cocky, shaky on the issues, greedy, aloof and indecent. This isn’t the opinion of the author, but name five to ten core Montgomery County Democrats who have anything nice to say about David Trone. Maybe they’ll be polite in person, but the off-the-record conversations I’ve had with the same Democrats have led me to believe that Trone still conjures up lots of negative feelings.

Nevertheless, my conversations with these core Democratic primary voters typically concludes with them acknowledging Trone’s money is still a formidable obstacle for Duck, Manno and Miller.

It’s absolutely true that David Trone can spend whatever it takes to win the CD-6 primary. And there is nothing that anybody can do about it.

Where do you stand on the CD-6 race? Am I off my rocker? Am I somewhat right? Not at all? Email me at Ryan@AMinerDetail.com and tell me your thoughts on who benefits most among the CD-6 Democrats now that Frick is out of the race.

Our Revolution – Western Maryland held its first “Picnic for Progress”

Be the first to comment on "Now that Frick is out in CD-6, who stands to benefit?"