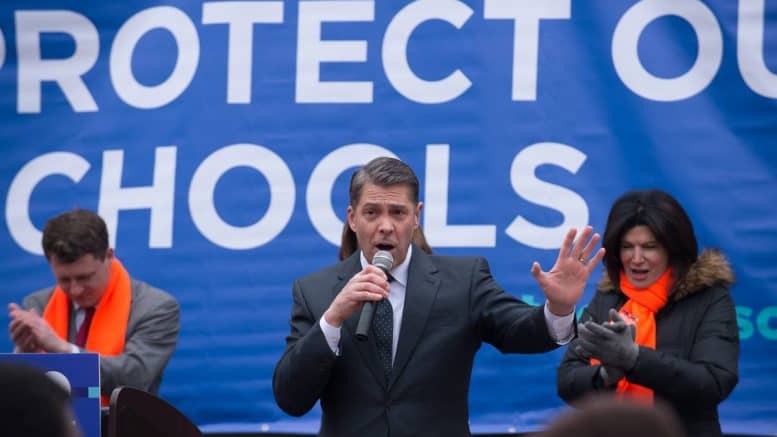 Manno is competing in a Democratic primary to replace Rep. John Delaney (D-Potomac), who is vacating the seat to run for president of the United States.

The release is below:

“We believe that Senator Manno possesses the leadership and experience needed to greatly benefit working men and women of our country,” stated Maryland State Council President Shannon Opfer. “Senator Manno has established a record of advocacy for jobs, fair wages and benefits in Maryland. He has been a loyal supporter of labor… we are proud to offer our endorsement.”

Manno responded, stating “I’m honored to receive the CWA endorsement, and to continue to stand with CWA members for an American economy built for everyone. Workers know that the American Dream cannot be achieved without good jobs, benefits, workforce training and a strong focus on economic fairness. Hard work, opportunity and a level playing field — that’s the America I love — and it’s worth fighting for.”

Be the first to comment on "Manno endorsed by Communication Workers of America, Maryland State Council"