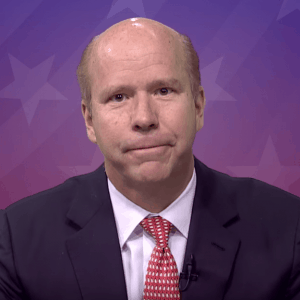 One day after I called upon Rep. John Delaney (MD-6) to hold a series of town hall events in Western Maryland, his official congressional Facebook page announced today that Delaney will hold a town hall this Thursday, March 2, in Maugansville.

Delaney’s Maugansville town hall will be held on friendly territory at the UAW Labor Hall at 18131 Maugans Avenue. Typically Democratic congressman like Delaney do hold their town halls in a proverbial safe space (e.g., a labor union hall). Delaney could have chosen far better locations – neutral locations – to hold his event, but I cannot fault the moderate-leaning Democratic congressman for taking A Miner Detail up on its offer and instantly responding.

Credit is given where it is due. Good on you, Congressman, for responding to your constituents.

John Delaney: ‘Blair would be a superb Montgomery County executive’