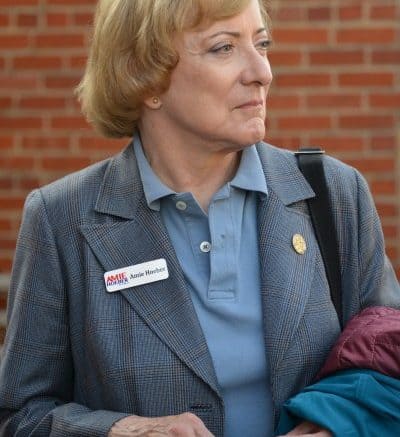 I deeply regret and disagree with the statements that were made by our President yesterday in siding with Russia against our Intelligence Community.  I am a former Deputy Under Secretary of the Army and the author of several books on military and political competition between the United States and Russia during the Cold War, and during in my career I have worked with U.S. intelligence agencies and strongly believe in their integrity and competence.  I personally believe the Intelligence Community assessment that the Russian government tried to influence our election in 2016.  That attempt to influence elections is consistent with approaches the Russians have taken in the past to influence U.S. policies.  Today’s world of social media and wide internet access has simply provided them – and other nations – with new tools to use in such a pursuit.

While more details may emerge in the coming days, my conclusion at this point is that our focus should not be on the personalities involved but rather on the policies and measures that should be initiated to counter such attempts.

Trump’s performance during yesterday’s press conference received bipartisan condemnation from congressional leaders and from within the intelligence community. Trump, standing adjacent to Putin, praised the former KGB and attacked the Russian probe led by special counsel Robert S. Muller III, calling the investigation “a disaster for our country” while refusing to challenge Putin on the Kremlin interfering in the presidential election in which Trump bested former Secretary of State Hillary Clinton; Trump won the 2016 Electoral College vote but lost the popular vote by nearly three million votes.

Hoeber’s Democratic opponent, David J. Trone, a wealthy Potomac businessman, issued a statement yesterday via Twitter, writing, “Former RNC Chair and MD Lt. Governor hit the nail on the head with his statement. It’s shocking how much the President continues to ignore national security concerns with Russia, and I hope more Republicans like Steele will have the courage to stand up.” Trone’s statement included a link to a news article written by The Hill.

Trone and Hoeber have traded barbs over the last few weeks, with Trone recently condemning Hoeber over a Facebook post in which she shared her thoughts on the Trump administration’s policy of separating immigrant families at the border.

Hoeber has branded herself as a “moderate Republican,” claiming to align less with Trump and more with popular Republican Gov. Larry Hogan.

The 6th Congressional District race is expected to be one of Maryland’s most competitive – and most expensive – congressional races amid two wealthy candidates who live outside the district’s boundaries. If Hoeber prevails in the November general election, she would be the only female who would serve in the federal delegation.