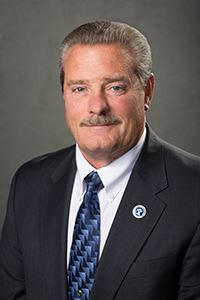 Hagerstown Mayor Robert E. Bruchey II will not seek re-election as mayor of Hagerstown and will instead run for a seat on the Hagerstown City Council.

Bruchey filed candidate paperwork Tuesday with the Washington County Board of Elections to appear on the ballot as a City Council candidate in the April primary.

Bruchey was first elected mayor in 1997. He was selected in 2006 to fill a mayoral vacancy, and he was elected again in 2009 to another full term. He lost the mayor’s seat in 2012 to David S. Gysberts. Bruchey defeated Gysberts in a mayoral re-match in 2016.

To date, two candidates have filed paperwork to run for mayor: Andi Overton and Michael E. Barnes. Hagerstown City Councilwoman Emily Keller is expected to announce her 2020 political intentions at a planned evening event on Jan. 22.

City Council members Shelley McIntire and Austin Heffernan have filed to run for a full term on the Council. McIntire and Heffernan were appointed to fill Council vacancies during the current term.

Maryland’s primary is set for April 28.