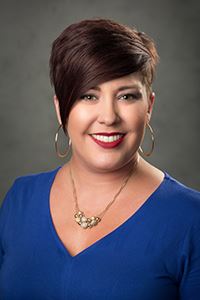 Hagerstown City Councilwoman Emily Keller says she is running for mayor to help Hagerstown become the best version of itself.

Keller, a first-term city councilwoman, announced her mayoral candidacy Wednesday evening at The Art Gastropub in Hagerstown before a crowd of supporters and friends.

“I believe in Hagerstown and that our best days are ahead of us,” Keller, 34, told A Miner Detail in an interview Wednesday.

Keller was the top voter earner in the 2016 city council general election, garnering more than 7600 votes in the nine-person contest. She is the owner and operator of the Emily Keller Insurance and Financial Agency

Keller and Trone are political allies and have collaborated together to tackle the opioid epidemic and preventing overdoses, an issue that has personally impacted the two electeds.

Keller says her top priorities “will remain supporting public safety – ensuring that fighters and police officers have the support they need, as well as making sure our community is safe and feels safe.”

She says she will remain focused on encouraging small businesses and development, and she’ll work to streamline the process to make Hagerstown more business-friendly.

“I will work to make sure everyone feels included and welcomed – and that everyone has a voice. And, of course, I will remain laser-focused on the opioid crisis, finding necessary resources for those who need it as well as educating our youth to prevent addiction before it begins,” Keller said.

According to her online bio, Keller serves on Project ActNOW, the Maryland Overdose Fatality Review Team, and the Heroin and Opioid Senior Policy Group, which reports to Gov. Larry Hogan (R).

She serves as the Community Advocacy Chairman within the Hagerstown Chamber of Commerce GenNext Committee and is a team leader in Washington County’s Relay for Life. She is mayor and council’s liaison to the City’s LGBTQ community.

Councilmembers Shelley McIntire and Austin Heffernan have filed to run for a full term on the council. McIntire and Heffernan were both appointed to fill council vacancies during the current council term.

Councilman Lew Metzner is not running for reelection. Kristin Aleshire, an incumbent city council member, has not indicated his intentions to run for re-election.

Maryland’s primary is slated for April 28.