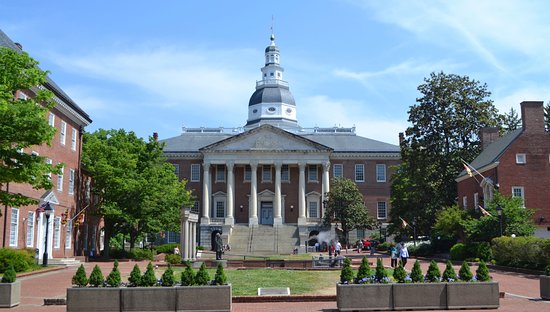 What’s Afoul In The Speaker’s Race?

With longtime House of Delegates’ Speaker Mike Busch’s unfortunate passing came almost immediate posturing in the Democratic majority caucus over who would replace him. Over the past few weeks, several prospective candidates have been named and forgotten. This process of weeding and speculation has ultimately come down to a battle between two Democrats, as expected: Maggie McIntosh of Baltimore City, and Derrick Davis of Prince George’s County.

One would expect that this would be a civil debate, where members of the legislative body respectfully decide their speaker based on their legislative merits, accomplishments, and most importantly of all, relationships. Yet, with Adrienne Jones’ dropping out of the race and endorsing Davis, Dr. Maya Rockeymoore Cummings, the Chairwoman of the Maryland Democratic Party, published an incredibly odd and disturbing letter, with which many readers
are likely familiar.

The letter was wholly consistent with gossip regarding the Chairwoman’s tenure, if not with her previous dispassionate rhetoric about unity within her party. This letter was notable for its commanding and threatening tone, delivering clear instructions to legislators on how they ought to vote, and what will happen if they do not vote her Democratic Party line.

Not only does she demand that a winner “refuse to accept a nomination from the floor if it means winning the
position because of Republican votes” but she also threatened that “if officials deemed in violation of Party principles receive access to the tools and resources of the Maryland Democratic Party indirectly through leadership organizations, these organizations will be held to the same standards and penalties.”

Ultimately then, she threatens to harm both legislators and a  wide range of Democratic Party affiliates who are not necessarily involved in the leadership election. A good analogy would be that of a dramatic film where an antagonist threatens to target someone’s associates or family to get their way.

According to the General Assembly’s Legislative Handbook, the role of Speaker is expansive, with responsibilities ranging from “assigning bills to committees” to “preserving order and decorum during sessions in their chambers,” not to mention their massive administrative responsibilities when the legislature is not in session. It’s important to uncover ourselves from the social media avalanche of certain representatives copy-pasting the Chairwoman’s ‘Papal Bull’ onto their official pages, and realize how problematic its sentiments are.

In the letter, Rockeymoore Cummings bashed the values of the Maryland Republican Party, seemingly equating them and their state-level legislation and leadership with that of President Trump. For the sake of information, I am a Republican, but many friends and citizens who are Democrats agree with me that the Chairwoman’s message is fearmongering and propagandistic. She summons a storm of partisan agitprop to completely minimize the importance of what the Speakership entails. She does so with full intent to bully legislators in her party to bet only on her horse in the race—regardless of whether they seem fast. If they do not, implicitly their party will attempt to remove them by starving them of funding in the future and has shown itself willing to detach them by force from the party’s orthodox but voting minority.

Of further concern is the Speakers’ disregard for her party’s caucus whip in the House of Delegates, Talmadge Branch. Mr. Branch is a member of the Legislative Black Caucus and serves as its Historian. If he sees no major agenda issue as the Party’s Whip with being listed on a statement condemning the Chairwoman’s letter, there is a clear and troubling conflict. The Whip has already implicitly deemed available candidates suitable and knows those named are reliable to their agenda.

Further, I am sure he is aware of the massive historical significance of electing an African-American to the Speakership in a once slave-state, and a part of the geographic and historical South. This seems like something so obviously positive for all Marylanders under normal circumstances, not to mention her party, that her opposition to Davis reveals a trend in her tenure.

Rockeymoore-Cummings aims to force legislators hard to the left, without respect for their constituents or constituent concerns. She is willing to overreach her administrative and political role and step on Del. Branch’s toes. She has acted as the de-facto whip, despite the real one’s nonchalance toward this matter from a partisan perspective. This is endemic of a political machine, which places ideological purity above public service, and which
has little regard or respect for traditional bounds and well-conceived legislative roles.

To see the goals and the mentality of the Rockeymoore-Cummings agenda, one need not look much further than a commentary published in Maryland Matters this past week by one of the Chairwoman’s most zealous supporters, a one Mr. Richard DeShay Elliot, who is quickly becoming an ideological mouthpiece for the leftist fringe of the Maryland Democratic Party.

While Mr. DeShay Elliot writes well, his arguments are concerning and troublesome. In his opening, he writes that “Progressive groups, unions, and the state Democratic chair are demanding that Dem delegates support the choice of the Democratic Caucus.” Again, a demonstration that Dr. Rockeymoore Cummings is pushing her party hard left and has formed a personal coalition to barnstorm when necessary. Therein, Mr. DeShay Elliot acknowledges the current situation.

From there, he offers several proposals, which range in relevance to the fracas around the Speaker’s race. Firstly, he proposes that the chair of nearly every committee should be elected within the caucus. Right now it should be particularly apparent that contests for leadership positions aren’t exactly convivial. While he may have a logical point in his assertion that an ideological officer such as a Whip or Majority leader should be elected by their caucus, his
proposal goes too far. The problems of turning every chair into an elected position run a dangerous risk of turning committee leadership into a popularity contest.

I firmly believe that a situation should not be created where the Democratic Party can use the kind of pressure it is using in this leadership race to demand the chair of every committee. I believe it is more beneficial that upon advice
from colleagues, the Speaker selects the most qualified and most experienced legislator on a committee to chair it. While appointments don’t always work out this way, Mr. DeShay Elliot’s idea suggests that a political appointment of officers is preferable to a professional one. I happen to disagree.

Perhaps more logistically concerning is his proposal that the Senate President and House Speaker should be popularly elected. While he argues that this would improve accessibility, from a point of view that most Marylanders are unfamiliar with Mike Miller, it is deeply flawed. He has determined that the Democrats should elect the House Speaker in a primary election.

Finally, in line with the coalition holding up the Chairwoman’s bully pulpit, Mr. DeShay Elliot suggests that the state’s constitution should be amended to permanently encode his preferred policy agenda—and to an extent, the new MDP’s preferred policy, into Maryland’s highest law.

His first proposed constitutional amendment guarantees “the right to join or form a union,” which is irrelevant as Federal Law already protects collective bargaining rights. His reason for encoding this already protected right into the state constitution is admitted to be mainly to parade how ‘progressive’ Maryland is. This is a signal to big labor that they should continue supporting the party line, and that he believes the party should reform the state
constitution to reward them.

Also amongst ‘rights’ he proposes constitutionalizing, he numbers Reproductive Rights’ (code for abortion rights,) ballot initiatives (already exist and work somewhat poorly,) and recall elections (just a mechanism to ensure a strong political regime can always oust a governor from another party.)

Ultimately, I believe Mr. DeShay Elliot does indeed piously believe in these things because they align with his views and values at some level. I do believe that for the most part, he is earnest and well-intentioned in these proposals. But with respect to the current state of the state, these ideas being pushed into the mainstream should seriously concern those who value public service, bipartisanship, and responsibility. There remains not an iota of doubt that the Chairwoman is doing all she can to mold reality to support her personal political infrastructure.

It cannot be overlooked that the Chairwoman of the Maryland Democrats holds serious disregard for legislators, constitutional boundaries, and public service. How could this be more obvious, after reading the letter she published last week, bellowing marching orders to the House Majority as if she is almighty Caesar?

In conclusion, I seriously urge anyone who happens upon this article: “write and call your delegate/s, let them know you want them to vote for the person they work best with, who has the  most experience, and who is most representative of the district’s interests.” Personally, I believe that person would be Derrick Davis by miles, but your legislator may not.

Ultimately that is their decision, but a difficult one. Therefore, let us remind them to vote for the Delegate they
believe is best-suited. Let us stress that person is not necessarily Dr. Maya Rockeymoore Cummings’ darling, or that any of her partisan nonsense against fine Republican legislators holds any water.

Finally, the winner should accept their selection for the good of the state if they find themselves fit. No legislator worth their salt would denigrate themselves by submitting to a demand to reject their colleague’s nomination. May the best find success!

Be the first to comment on "GUEST COLUMN: What’s afoul in the Speaker’s race?"