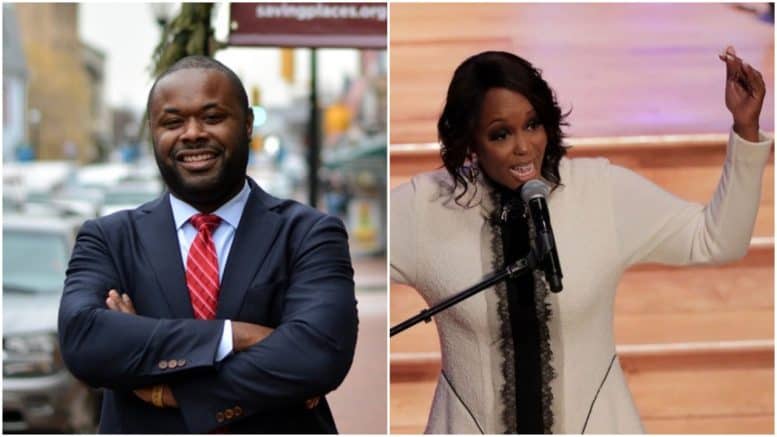 “I am proud of the progress made during my tenure as MDP Chair. We raised more than $1.1 million in an off-cycle election year; maintained healthy reserves; built a year-round voter engagement & campaign operation; enhanced our communications, training & data capacity…,” Rockeymoore Cummings tweeted Saturday.

McCray – who stepped into the acting chair role after Rockeymoore Cummings resigned the seat and launched a congressional bid to serve the remainder of her late husband’s House term – pointed out in a letter released Friday to State Central Committee members that “In 2019, the Party has spent more money than it has raised 9 out of 10 months,” spending nearly $340,000 since the beginning of 2019.

“I don’t disagree with her strategy. I was just laying out areas of concern, sustainability, and recommendations going forward,” McCray wrote in Saturday-morning text message to A Miner Detail.

To reign in spending, McCray says he has taken a number of actions, including firing the Party’s fundraising consultant, Stephanie Mellinger, of The Mellinger Group, who was charging the Party $5,500 a month for a variety of services. He also terminated the Party’s contract with a “media consultant” charging $3K a month for e-mail consulting.

Mellinger told A Miner Detail in October that she is working with former Prince George’s County Executive Rushern Baker (D) to “retire campaign debt” from his failed 2018 Democratic gubernatorial bid.

With close ties to Senate President Thomas V. “Mike” Miller Jr. (D), the vast majority of Mellinger’s clients are state senators – or at least they have been in the past. With Miller stepping down as Senate president in January, Mellinger is said to be searching for new and lucrative contracts among members of the General Assembly.

McCray also informed State Party Committee members that the Democratic Party will not hire an organizer for Howard, Anne Arundel and Montgomery Counties until the new chair takes office.

An election for the new chair will take place on Dec. 7. McCray says he is not running for the position.

McCray also has asked Coco B Productions, another D.C.-based political consultant, hired by Rockeymoore Cummings, to justify their $ 7,500 monthly consulting fee. Rockeymoore Cummings is said to have snubbed longtime Democratic fundraiser Rachael Rice of Rachael Rice Consulting in favor of  Coco B Productions, a high-dollar D.C. consultant who services a multitude of clients.

Rockeymoore Cummings, striking a defiant tone in a series of tweets on Saturday morning, wrote that “Any report that doesn’t include dollars raised through November isn’t presenting an accurate picture of my tenure as Chair. I get that ‘this is politics’ but fair is fair.'”

Asked whether McCray has heard feedback (or pushback) from Party leaders and State Central Committee members over his letter, McCray said that “Only Robbie and Jeff disagreed,” noting that “a number of people have actually said ‘thank you'” to him.

“His [sic] do you assess the @mdddems performance? Winning elections. We did that last election bc of field groundwork and because good candidates ran. Let’s build on Maya’s year in charge and the great staff under @benfordems as ED.”

Leonard has not responded to a request for comment.

“As Dep Treasurer of the MDP and independently elected, I can tell you that Chair Cummings is absolutely correct: she took actions that were important to Party building. She put in place a Plan that was supported by all the Central Committee members that elected her.”

“And now, she’s asking for the chance to do for the country what she’s done to the Maryland Democratic Party. I’m far from alone in wishing that Maya Rockeymoore Cummings would just go away.”

“Will never forget or forgive the cheap shot she took at Peter [Franchot] last spring, after he did everything possible to help her chairmanship get off to a positive start,” Foxwell wrote beneath his Facebook post in response to a comment.

Preceding the election of the new House Speaker in May, then-Chair Rockeymoore Cummings fired off a stern warning to Democratic members of the House of Delegates not to accept a speaker who has Republican support, and she further threatened that she will not tolerate a repeat of the 2018 gubernatorial election, in which some Democrats endorsed Republican Gov. Larry Hogan over Benjamin T. Jealous, Maryland’s 2018 Democratic gubernatorial nominee.

Franchot, who is eyeing a 2022 gubernatorial bid, refrained from endorsing Jealous in the general election.

On Saturday, Foxwell in a text message to A Miner Detail wrote, “There’s no way to read that as anything other than a shot against Peter [Franchot], who raised money for her as soon as she was elected as a gesture of respect for her and Elijah.”

Rockeymoore Cummings did not respond to A Miner Detail’s tweets requesting comment.

Small business owner Reba A. Hawkins, a Republican candidate seeking the 7th district’s special election responded to McCray’s letter, telling A Miner Detail “ While we will all miss the leadership of Congressmen Cummings, and with all due respect for this sensitive time for Maya, what is being reported by the acting chair of MDDems as gross financial mismanagement is more than cause for alarm… If these allegations are true, the voters of the 7th congressional district have a decision to make in what they want in a representative. Someone like them who understands what it is like to make a dollar stretch, or someone whose own party is alleging mismanagement of funds.”

Linking to The Baltimore Sun’s latest report on Rockeymoore Cummings, Republican congressional candidate Kimberly N. Klacik asked on Facebook if someone could explain to her what an email consultant does – and why it costs $3k a month. Klacik has filed to run in the February special election to replace the late Cummings, who died in October. She lives in Maryland’s 2nd Congressional District.

Klacik has not responded to a request for comment.

Perennial Republican candidate Elizabeth Matory, also running in the special election next year, wrote that she has no comment on the finances of the Maryland Democrat Party. “I’m a Republican,” Matory wrote to A Miner Detail. A former Democrat who now supports President Donald J. Trump (R), Matory has run for Congress in three different Maryland congressional districts, over the course of four years.

Maryland Democratic Party Second Vice Chair Allison Galbraith in a Saturday-evening interview with A Miner Detail said she agrees with McCray’s assessment that additional transparency and accountability measures are needed but pointed out that Rockeymoore Cummings’ field organization program was a major boon for the Party.

“I appreciate that Acting Chair McCray consulted with myself and other party officers in determining where changes could be made. I share his concern regarding the sustainability of the party moving forward and strongly support his recommendations with regard to increasing transparency, accountability, and efficient use of party funds, Galbraith wrote in a statement.

Galbraith said that McCray raised a valid point with respect to compensating whoever is elected as chair of the Democratic Party in Maryland.

“An unpaid fundraising position with significant responsibilities severely limits who is able to run for this office,” Galbraith wrote, “which, while I understand from a financial point of view, is hardly consistent with the party’s philosophy that leadership opportunities should not be reserved for the privileged few.”

McCray is also questioning whether significant Party expenditures (e.g., a $42,000 poll conducted at Rockeymoore Cummings’ behest and without notifying her Party leadership) should be subjected to additional oversight within the Party apparatus.

“This really lays bare the divide between grassroots activists and the consultant class of the party. That money could have easily gone to hire grassroots organizers invested in their communities instead of overpriced consultants gouging the party’s coffers to line their pockets. $3k a month for writing copy and paste form letter donation emails? No thank you,” Feldman said, who is publicly supporting state Sen. Jill P. Carter (D-Baltimore City) in the 7th district special election.

Earlier this week, two of Elijah Cummings’ daughters opted not to endorse their stepmother but instead have thrown their support behind Cummings’ longtime congressional aide, Harry Spikes (D).

Rockeymoore Cummings is one of 24 Democrats and 8 Republicans who has entered the special primary election that is set for Feb. 4. The general election is set for April 28, and the winner will serve out the rest of Cummings’ term through the end of 2020.

Former Democratic Rep. Kweisi Mfume, who preceded Cummings in the seat, is seeking a return to the House after having served as a chair of the NAACP. A spokesman for Mfume, when reached this morning, said that “we have no response at all” to the story on Rockeymoore Cummings.

State Sen. Jill P. Carter told A Miner Detail in a phone interview that the story on Rockeymoore Cummings “speaks for itself.”

“The optics aren’t good,” she said. “However, I am running on the trust people have in me. I was born, raised, educated and have worked in the district my entire life. The people of 7th District know me, and they know they can trust me,” Carter said.