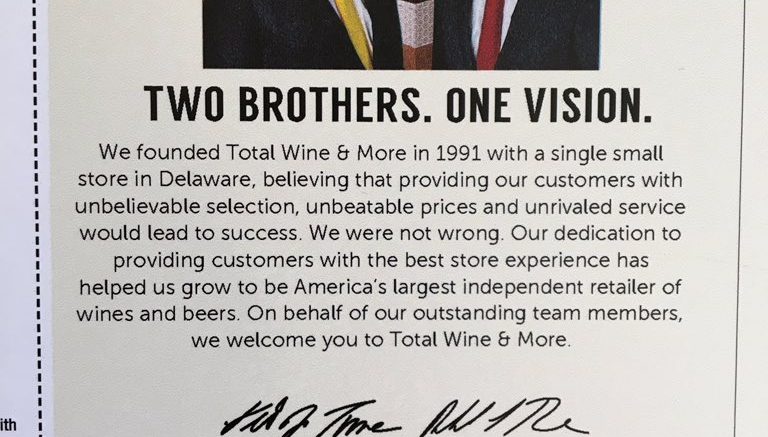 Some would call it strategic marketing at the behest of an aggressive corporate giant, eager to grow its market share in fertile territory. But others, however, may be more intuitively cynical, especially if politics, even tangentially, loom within the shadows.

A Miner Detail presents the facts. You decide.

David Trone announced last week that he’s running for Congress in Maryland’s 6th Congressional District. Last year, in one of the most expensive congressional primaries to date, Trone spent 13 million dollars or more to win over Democrats in Maryland’s 8th Congressional District. He came in second, losing to Jamie Raskin, a liberal Montgomery County icon, in a crowded primary memorable for its campaign ads, burgeoning talent and millions spent and raised.

Yesterday a friend of A Miner Detail forwarded a Total Wine & More marketing mailer that was sent to his parents in Keedysville, Maryland – a small town of about 1200, nestled in southern Washington County (well within the boundaries of Maryland’s 6th Congressional District where Trone is running for Congress).

Here’s the marketing piece – front and back: 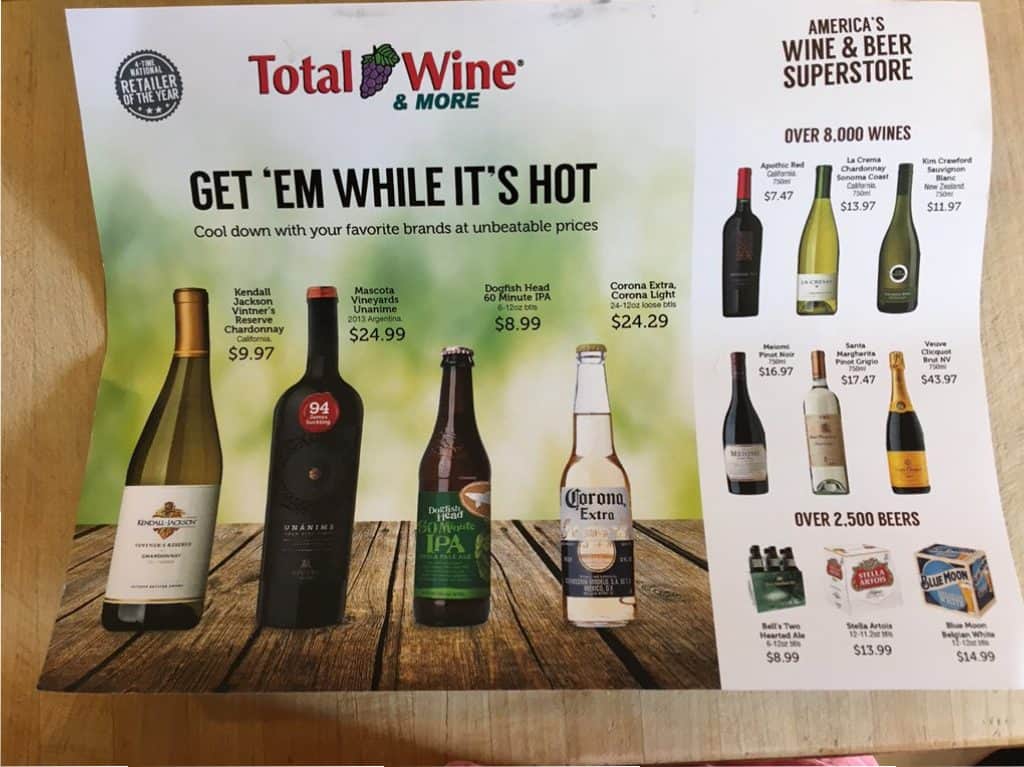 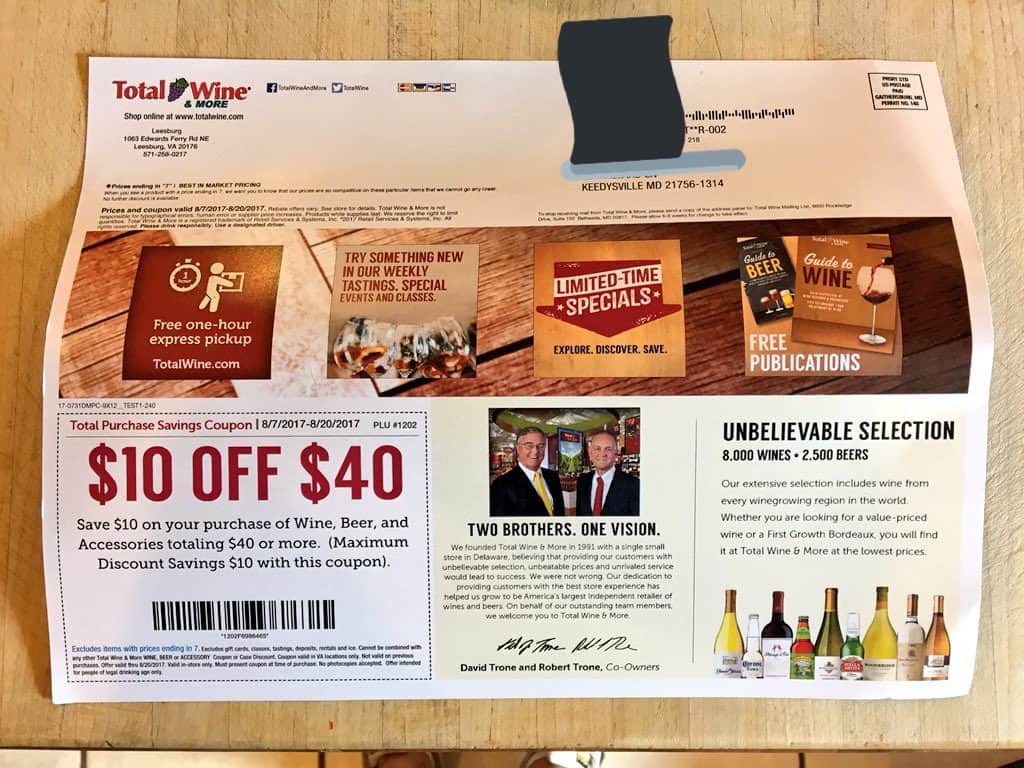 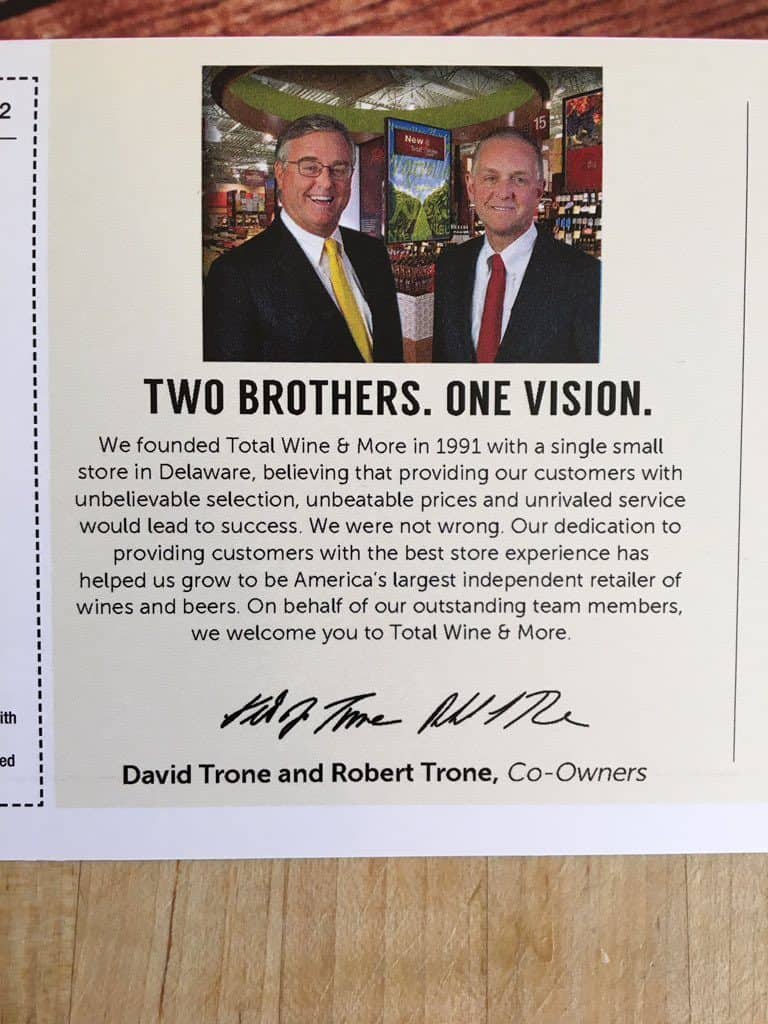 A Miner Detail’s Keedysville source whose parents received Total Wine’s marketing mailer claims that his parents “NEVER received any mail from the company.” He went on to say, “But it’s not just a coupon, there’s a prominent photo of the Trone brothers with information about them on it.”

In an email to A Miner Detail, Koren denied that Total Wine & More’s marketing mailers have anything to do with Trone’s CD-6 campaign, writing,

The campaign had nothing to do with the mailers. And while I don’t speak for the company, I asked them and they said that they have mailed into Washington County including Keedysville in the past – long before David moved into public service.

You decide: A smart business move from a company looking to take on market share in Western Maryland or a clever marketing ploy meant to bring greater exposure to a congressional candidate?