By Ryan Miner and Eric Beasley 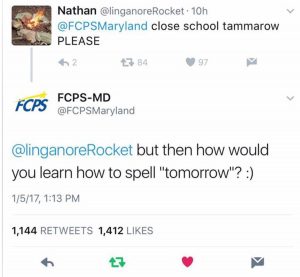 Since her firing last week, community backlash has grown against Frederick County Public Schools, including a student-created petition directed at school Superintendant Dr. Theresa Alban to rehire Nash in her previous role. Nash’s firing has gone viral, being picked up even by international news wires.

Listen to “An exclusive interview with Katie Nash” on Spreaker.