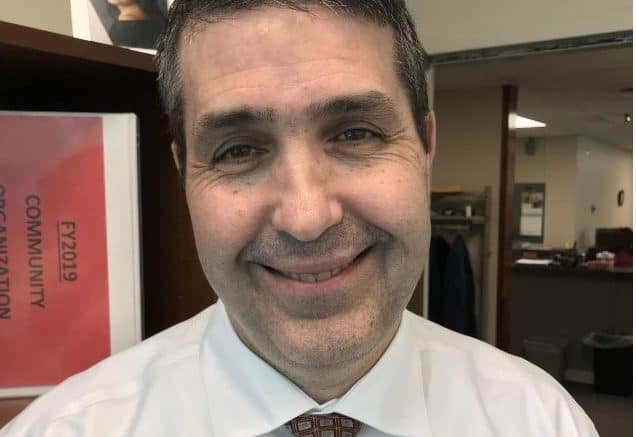 Several Washington County government employees say they have not seen the county’s chief operating officer at work for nearly a month despite repeated confirmations from county spokeswoman Danielle Weaver that Jim Hovis is still a county employee.

A Miner Detail reported earlier this month that Hovis, a nearly 15-year veteran of county government, would soon be departing his job as the county’s chief operating officer; the county, however, will neither confirm or deny if Hovis is resigning or retiring – or whether he was given an option to leave quietly.

Hovis’ white SUV had not been moved from the county’s 100 W. Washington Street location for over a week – until recently.

The vehicle was reportedly moved within the last few days to the county’s highway compound after the county received a few inquiries about why the sport utility vehicle driven by Hovis remained in the same sport for several days.

Two sources close to County Administrator Rob Slocum told A Miner Detail on background that “Hovis’ last day with the county will likely be the end of February or at the beginning of March,” and he will be provided with a severance package, funded by taxpayers.

Hovis over the last year was facing multiple employee complaints, according to county employees who spoke to A Miner Detail on the condition of anonymity.

Hovis’ complaint alleges that Cline conspired with a county employee to intentionally leak county documents to A Miner Detail about an internal grievance that was filed against Hovis by the same employee.

County employees close to Slocum who spoke to A Miner Detail on background believe that Hovis’ impending departure is likely a result of him “targeting a county employee with a frivolous and retaliatory harassment complaint.”

Hovis was unanimously promoted by the previous commissioner board in December 2017 to a chief operating officer role. The former Maryland State Police officer was first hired by the county in 2004 as a gaming inspector. He was later promoted to oversee the county’s gaming commission.

Hovis, who is an at-will employee, has not responded to multiple requests for comment.

A Miner Detail filed a public information request with the county on Feb. 1, requesting details about Hovis’ reported departure.

What the hell is going on with Washington County government?