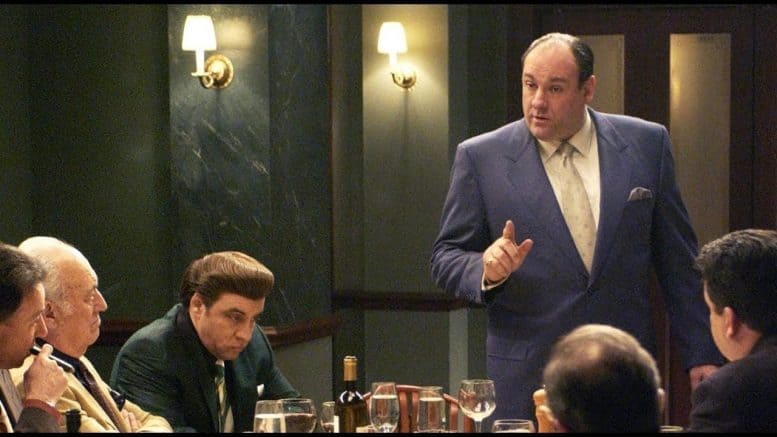 For a rookie journalist/political reporter/podcaster/blogger or whatever title people ascribe to me (it changes daily) covering his first Annapolis session, I am, unfortunately, limited in what I can compare the Lisanti racial slur scandal to in terms of other scandals that have erupted and interrupted the annual 90-day session slog.

I do not believe I have enough institutional knowledge under my proverbial belt yet to make any grand declarations about the culture of Annapolis.

This is my first time in the bat cave. I have told others, including several of the veteran press guys and gals, that during this legislative session I am mostly observing, listening, watching and learning how things function.

I know my role and my place this session; I am an infinitely small fish in a Chesapeake Bay-sized pool of esteemed legislators, politicos, lobbyists and journalists. There is nothing more humbling than knowing that you don’t know jack-shit about anything. I’ve heard that a few times – and I take it to heart.

Education, of course, happens in due time, and I sure learned a lot this last week about how things apparently work in Annapolis.

I have plenty of questions I want to openly ponder in this column.

The biggest story coming out of Annapolis this week was broken by The Washington Post’s talented reporter Ovetta Wiggins: Del. Mary Ann Lisanti (D-Harford) in January uttered a racial slur at a popular cigar lounge, where legislators unwind for a puff or two on a Monte and maybe take a nip, or two, or three at grandpa’s old cough medicine.

Lisanti, according to Wiggins’ reporting, used the “N-word in conversation with another state lawmaker, complaining, perhaps jovially, that said lawmaker door knocked on behalf of another lawmaker in a “N-district.”

After Wiggins’ story broke, Lisanti admitted she uttered the slur; she then met with the Black Caucus to personally apologize; she was stripped of her committee chairmanship; multiple politicians and groups asked her to resign; she met with Speaker Busch on Thursday and was formally censured by her House colleagues (137-0) on Thursday evening; she refused to resign; she held a press conference after the censure and sort of backtracked but nonetheless promised to update her staff and reach out to minority communities.

Now it’s Saturday. Lisanti is still a state lawmaker. Most legislators are back in their home districts for the weekend – and the story doesn’t appear to be going away any time soon.

Since the story broke last Monday, I have worked my sources around Annapolis to draw out the minor details. Pun intended.

Clearly, there is more to the Lisanti story than what meets the eye and what has been reported, I believe.

The ubiquitous and brilliant Josh Kurtz of Maryland Matters penned a column on Feb. 27 that called into question the “Cone of Silence” in Annapolis.

Kurtz astutely pondered why Lisanti’s racial slur went unreported or “unpublicized” for a month, and why does it feel like the issue was handled internally at first, fairly or unfairly, instead of being immediately brought to the public’s attention, nonetheless by Speaker Busch’s office?

Facing the risk of irking Maryland’s de facto House Speaker, Alexandra Hughes, Speaker Mike Busch’s iron-fisted albeit perfectly delightful chief of staff, I’d like to know, on the record, when did the Speaker’s office find out about the Lisanti incident, and just what the hell did they do about it when they discovered the disaster in the making?

Did the Speaker’s office find out the day after the incident happened, two weeks ago, a week ago, or on Monday, when it was published in The Washington Post?

Does it even matter?

On Friday I forwarded the following four questions to Hughes:

Hughes has yet to respond.

I believe it is worth asking why Speaker Busch has yet to hold a press conference calling for Lisanti to resign? That may not be his style, which I understand. But, really, why hasn’t he?

Imagine for a moment, though, if Peter Franchot or Larry Hogan said something similar to Lisanti. Trust me, it would have been an epic barrage like you haven’t seen before in Annapolis.

Without resorting to the “but what about” shibboleth, does it not beg the question that if, for argument’s sake, conservative Republican Del. Neil Parrott of Washington County uttered the same remark as Lisanti, a more immediate consequence would have occurred?

Could you imagine, as Kurtz pointed out, what would have happened if it were a Republican in the same spot as Lisanti?

Of course, the outcome would be markedly different.

What does the Lisanti incident say about the Speaker’s leadership? That’s for you to decide.

Is this really the Annapolis culture that so many have come to lament?

I think I might understand the situation, but I still have plenty of questions.

But it’s the “N-word,” uttered by a white person. It’s just something you cannot say.

And, too, I can understand if Lisanti’s problem was handled internally and “dealt with” as a family.

I’ve seen enough Soprano’s episodes to understand that the family is the be-all, end-all; “it’s a thing of honor,” Tony Soprano imparted to his nephew Christopher during Christopher’s getting made ceremony.

And Lisanti, whether a made guy or an associate, is still part of the family.

But who leaked Lisanti’s slur to Ovetta Wiggins at The Post?

Was it the lawmakers who were first mentioned in Wiggins’ Monday-evening article. No.

Somebody had to leak it, but who?

I followed up on that, too.

You wouldn’t believe how many legislators  – Democrats and Republicans – who were ready and willing to bust out Teresa Reilly as the source (“the rat,” as one legislator described her) who leaked the story to Wiggins. Ironically, more state lawmakers were willing to talk about the bust out rather than the incident itself.

What conclusions should we draw from the culture in Annapolis when some state lawmakers are seemingly more pissed at Teresa Reilly as the leak than at Listani for committing the sin?

Incidentally, I visited Reilly’s Annapolis office on Thursday evening – but I haven’t heard back from her. I’m guessing I won’t.

Virtually every prominent Maryland elected official and organization has called on Lisanti to step down and go home. Redemption is certainly possible, but, as most have said, not as an elected official.

Lisanti pledges to remain in office.

But for how long? What is she waiting on? There are a few important upcoming votes. Lisanti could stay in the House just long to become the 71st vote on the “assisted suicide” legislation and then exit stage left.

I have heard rumblings that a resolution is being drafted to expel Lisanti, but I haven’t been able to confirm the authenticity of the document being shopped amid statehouse reporters.

I began this column admitting that I am a rookie reporter trying to make his bones (forgive yet another Mob pun) in Annapolis.

I am unafraid to get my hands dirty in Annapolis by asking tough questions.

I just hope somebody starts answering.

Bruce Bereano: The legend; the lobbyist; a Maryland political icon

The latest on the Lisanti Scandal

Be the first to comment on "Is the Lisanti Saga indicative of the Annapolis culture?"