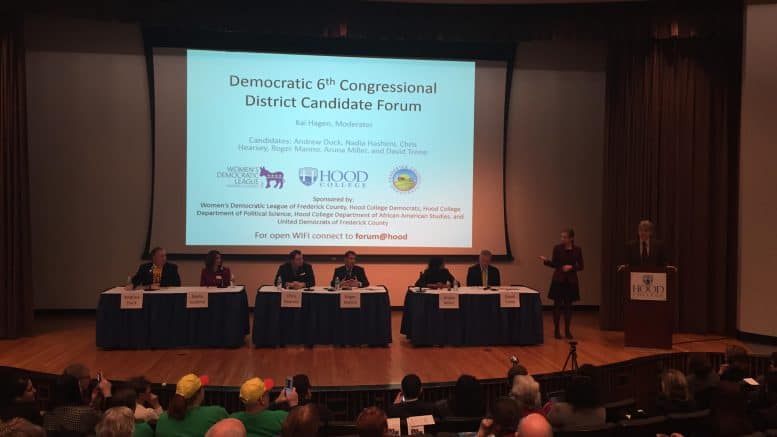 The forum was moderated by Kai Hagen, executive director of Envision Frederick County.

Rep. John Delaney (D-Md.) announced last summer that he will not seek re-election to his seat but instead will run for president of the United States.

Watch A Miner Detail’s video below.