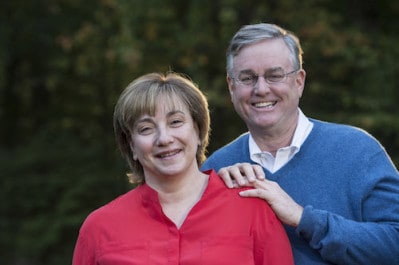 David Trone staffers leaked another email to A Miner Detail that reveals an unnerved Trone, angry at his campaign staff over a scheduling mishap surrounding the annual Montgomery County Minority Legislative Breakfast.

Trone, a former CEO of Total Wine & More, fired off a curt email to his senior staff on Dec. 11, 2017, grumbling over a staff recommendation that his wife, June Trone, attend the annual Montgomery County Minority Legislative Breakfast with him.

“On Friday my wife attended the Legislative Minority Breakfast with me. What level of net positive her presence added is not the reason for this memo Anywhere she goes or I go there is some net positive that comes out of that.”

Trone said that he saw that his staff signed up his wife for the breakfast but decided it was a waste of her time to be in attendance for the early-morning gathering. Trone’s reasoning: Most of his staff was already going.

“Grace explained to her Thursday that she should attend and that she is needed and therefore she got up at 6:00 a.m. with me, went to the breakfast against my direct request to you guys.”

Trone says that while his wife could have stayed home that morning, he “allowed” her to come with him.

“While I certainly could have left her home, I allowed her to go given you felt so strongly about it.”

Unconcerned over whether Mrs. Trone’s presence at the breakfast added value to his campaign, Trone was decidedly more perturbed over his staff’s apparent insubordination, emphasizing in no uncertain terms that he’s the boss and his staff must follow his orders.

“The way it has to work in life is if the boss says we are not doing something, we don’t do it. “

Trone told his staff that if they disagree, contact him, explain their disagreements and maybe he’ll change his mind – but defying him is a non-starter in his campaign’s chain of command.

“If you disagree, that is great, contact the boss, tell him your reasons and I am happy to change my mind, but it is passive aggressive, it is wrong, it is insubordinate for you to do whatever you want, and even more so when it comes to someone who is my life,” Trone scolded.

“Maybe you guys can use a little common sense and courtesy and decency and good communication skills.”

Near the end of his lambasting memo, Trone writes that his “time is super valuable” and that his campaign has to do events “that are truly value added” and worth his time.

Directing his staff to stay within their respective lanes, Trone assigned staffers to reach out to specific groups and minority communities.

Trone appointed Rivera-Oven, a female Latino, the task of reaching out to “Latinos, Asians and Women.”

“Grace your position is if it is a Latino event it is important and we must be there.” Trone wrote that Latinos are 4% of the vote in Maryland’s 6th Congressional District.

Finally, he issued a warning: “If someone has a better idea, we will talk about it. You don’t just do it behind my back.”

Trone is considered one of the leading Democratic candidates to succeed outgoing Rep. John Delaney (D-Md.). The primary is June 26.