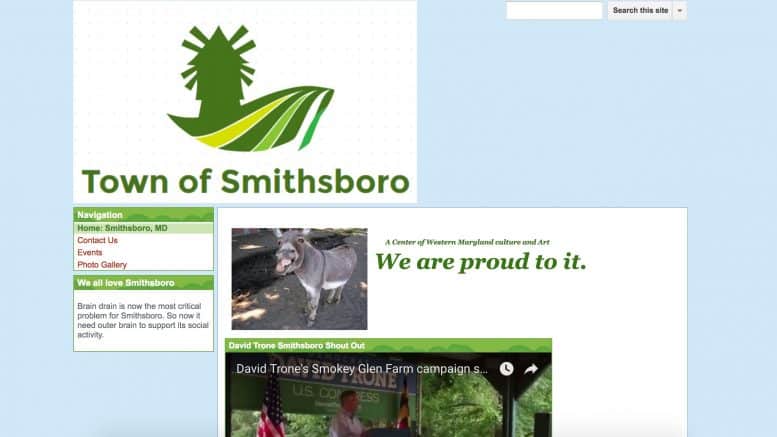 David Trone is running for Congress in Maryland’s 6th Congressional District, and he kicked off a five-country swing through the district this past weekend, beginning in Garrett County on Friday and heading east through Allegany, Washington and Frederick counties, ending on Sunday evening with a well-attended BBQ at Smokey Glen Farm, just outside of Gaithersburg.

Trone stood on a stage in front of his newly-minted blue and green campaign log0 and spoke for almost 27 minutes. About a minute and a half into Trone’s campaign speech, he recounted his weekend trek through the geographically encompassing congressional district, mentioning that he “did a lot of listening.”

At about 1:39 into the video (see below), Trone mentioned that he “went over to Hagerstown.” Then he asked his crowd of supporters, “How about Smithboro? Anybody like Smithboro?”

Because “Smithsboro” doesn’t exist in Western Maryland – to my knowledge.

There is, however, a Boonsboro, Maryland, a small town in southern Washington County whose fierce high school football rivalry with Smithsburg is still an ongoing spectacle to watch.

Soon after the video was posted, viewers took notice of Trone’s ‘Smithsboro’ faux pas, and because it’s the internet, this happened:

The Town of ‘Smithsboro’ emerged, circa 2017, complete with its own website – Smithsboro.com – ostensibly to parody and poke at Trone’s apparent mispronunciation of Smithsburg, a community that is well within the borders of the congressional district Trone seeks to represent in the House of Representatives. 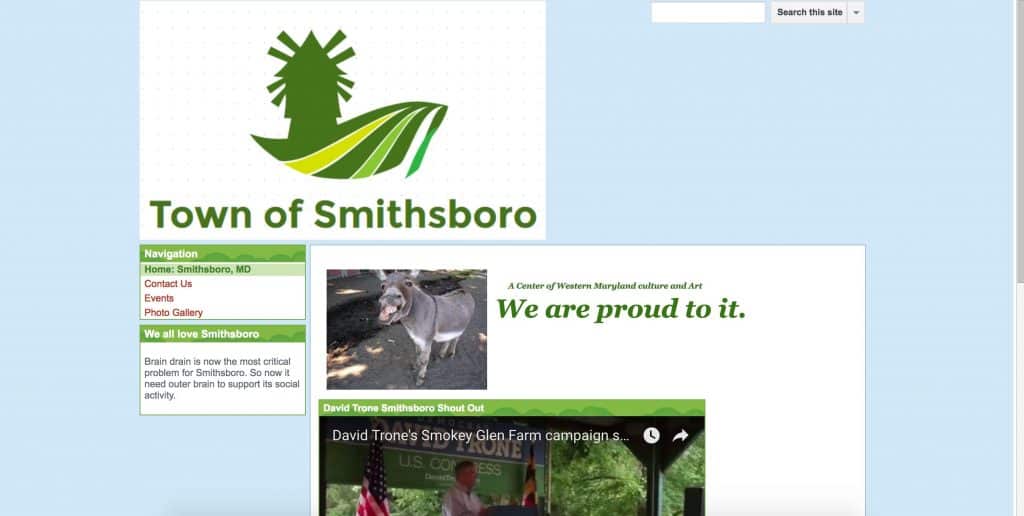 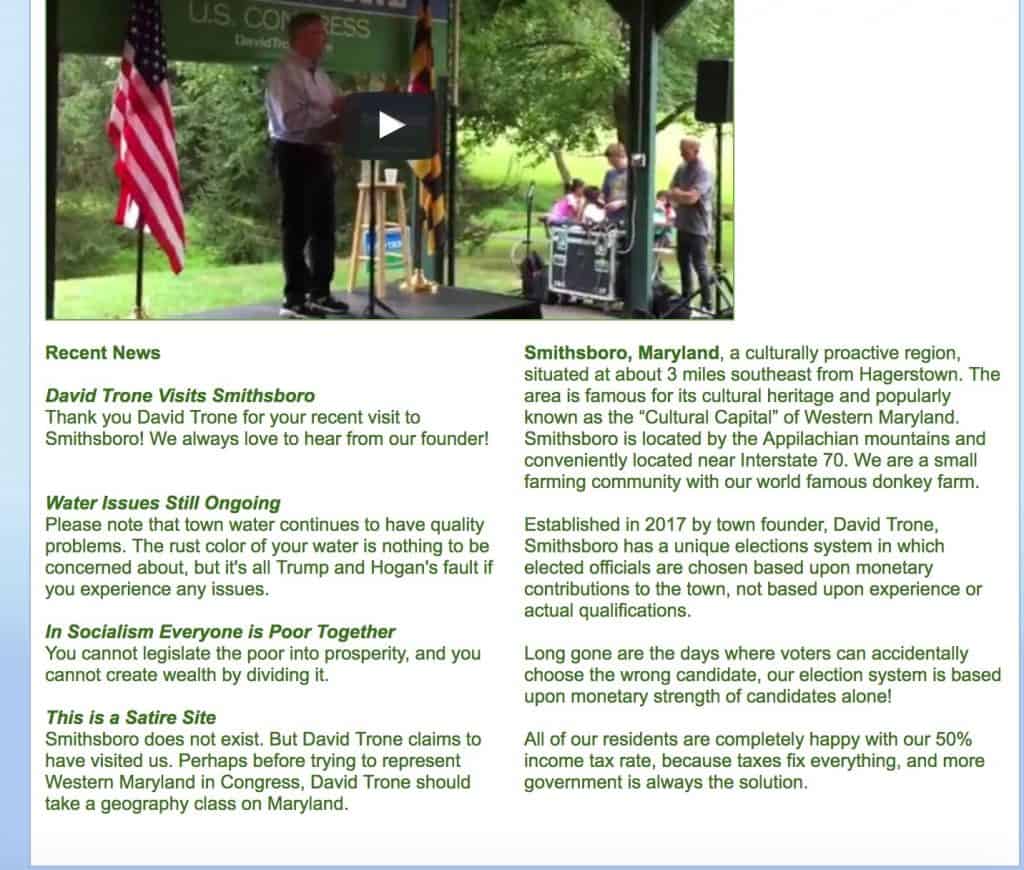 Even a Facebook page was created to honor the parody town.

In an otherwise productive campaign kickoff, a little humor goes a long way. Cheers to the Town of Smithsboro.

Almost six months into the job, Trone finds his groove as a customer service congressman