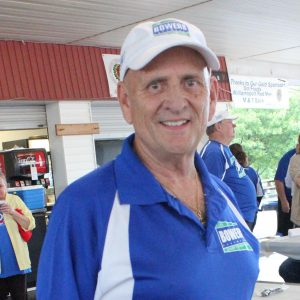 County Administrator Greg Murray is getting the hell out of Dodge earlier than he wanted, or expected – that is if you consider “Dodge” Washington County government. The longtime county leader had hoped to stay in his role until 2018, but three county commissioners – Wayne Keefer, LeRoy Myers and Commissioners’ President Terry Baker – closed the door on Murray’s wishes, announcing two weeks ago that his retirement would commence on June 30, 2017.

Think what you want, but read between the lines: Baker, Myers and Keefer wanted Murray out the door sooner rather than later, and Cline and Barr aren’t happy about it, nor should they be.

Terry Baker is leading a behind-the-scenes push – actually, I would call it a coup – to expedite Murray’s retirement for reasons that haven’t been fully explored but soon will be written about in unambiguous detail. Stay tuned. There is some really nasty politics beneath the surface going down. As always, A Miner Detail has the inside scoop.

I don’t know if the contract Baker signed with Manpower is a ruse, but I’m hearing one name – a very well-known name in county government – who could be Murray’s potential replacement: former Washington County commissioner Ron Bowers.

Yes, that Ron Bowers – the irascible pugnacious Maugansivlle boy and retired Army officer who spent nearly three decades in county government. Say what you want about Bowers, but the man, in my book, is, without question, one of the most knowledgeable citizens in Washington County when it comes to county government.

I haven’t always agreed with Ron Bowers on the issues, but if you want a dose of reality about what’s happening on the inside of county government, he’s your man. He and I have mixed it up on a few issues before, but he’s always been good to me, and I have tremendous respect for him.

Who else in Washington County government is more qualified than Bowers to assume the county administrator job? Honest answer: no one. With Bowers, you know his heart is always in the right place, whether you think he’s wrong or not.

Manpower will likely interview multiple well-qualified candidates for Murray’s post. They would be a fool not to interview Ron Bowers.

Robin Ficker made a big mistake

Be the first to comment on "Ron Bowers for Washington County administrator?"