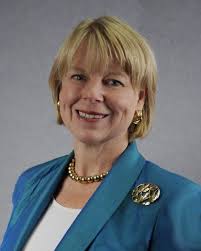 This year’s Committee for Montgomery legislative breakfast was abuzz with gubernatorial gossip!

Floreen, who was first elected in 2002 to an at-large seat on the council, is barred from seeking a fourth term after Montgomery County voters overwhelmingly affirmed an amendment to the county’s charter in November 2016, limiting the county executive and County Council members to three consecutive terms.

Sources said that Floreen’s experience on the County Council, as well as her two-year stint as mayor of Garrett Park in the early 2000’s, makes her one of Maryland’s most formidable female elected officials.

Floreen told A Miner Detail on Thursday that she is backing Baker’s gubernatorial campaign.

A source with close ties to the Baker campaign told A Miner Detail on Thursday that state Sen. Cheryl C. Kagan, a Democrat who represents District 17, is out of the running to be on Baker’s ticket.

It’s been long speculated that Kagan has been positioning herself to be chosen as the number-two for one or more of the gubernatorial candidates – either Baker or Kamenetz.

Jealous announced on Nov. 29 that Susan W. Turnbull is joining his progressive ticket. Turnbull, who is a resident of Montgomery County, has held local, state and national positions in the Democratic Party and has close ties to the Montgomery County Jewish community.

A conversation with Nancy Floreen

Be the first to comment on "Nancy Floreen for lieutenant governor?"