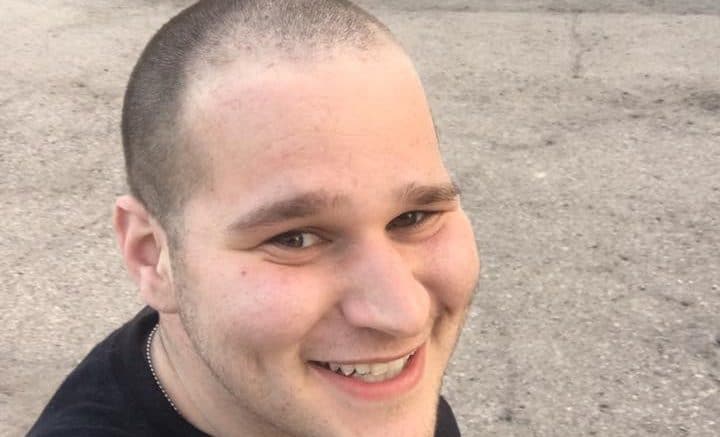 Dang, a Vietnamese-American whose family immigrated to the United States in 1975, issued a statement in response to the racist attack. 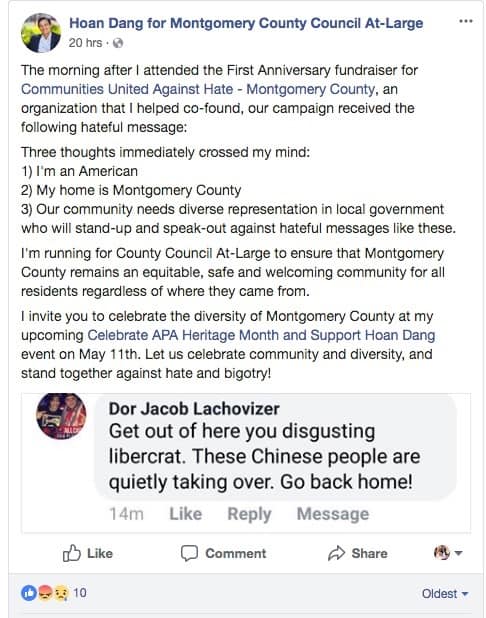 A Miner Detail contacted Dor Jacob Lachovizer, 22, via Facebook Messanger with questions about his attack on Dang. Below is the Facebook conversation that unfolded.

A Miner Detail: Good Evening, My name is Ryan Miner. I am a reporter for AMinerDetail.com. I saw today that a candidate running for County office in Montgomery County shared a comment you made to him. Could you explain why you made the comment? Your post has been distributed. I’m reporting on the story and had a couple of questions for you. Are you a racist? Why did you make the comment you did about Mr. Dang?

Lachovizer again attacked Dang on his campaign Facebook page shortly after A Miner Detail contacted him with questions about his previous attack. 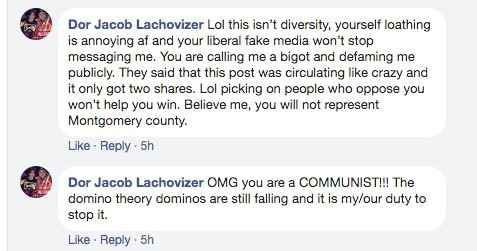 Guest op-ed: Shattering American Dream with Deportations, Not the America I Know