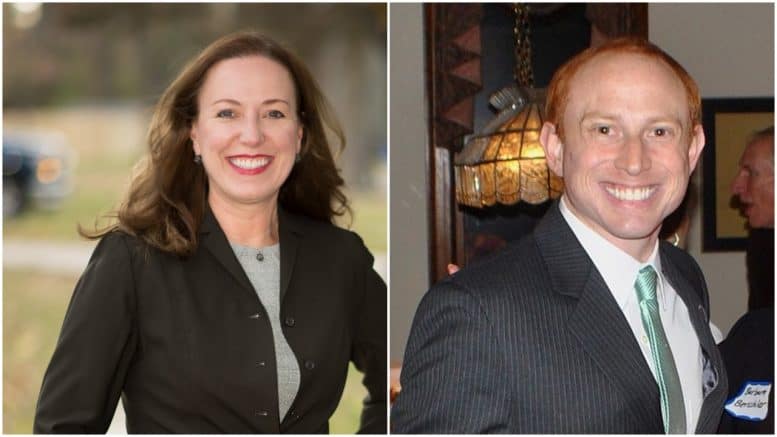 District 18 candidate Helga Luest released a second statement today in light of a Tuesday Bethesda Beat article that quoted Del. Jeff Waldstreicher denying that he asked Luest to drop out of the delegate race and run instead for state Senate.

“I will not be silenced or intimidated by Delegate Waldstreicher,” Luest wrote today.

Luest, who lives in Rockville, last Saturday posted a statement on her Facebook page that recounts an interaction she had with Waldstreicher last December at a Kensington coffee shop.

It was there that Waldstreicher asked her to drop out of the race, Luest wrote.

In December, Senate candidate Jeff Waldstreicher suggested to me that I do him “a favor” by running in the Senate race. I was shocked, offended, and felt disrespected. The request – presumably made to split the vote and make it tougher for his then only opponent, Dana Beyer – wasn’t a joke and neither of us laughed. Women work hard to move into leadership positions and we should be respected for stepping up to run for office.

Bethesda Beat on Tuesday published statements from both Luest and Waldstreicher.

Waldstreicher denied asking Luest to drop out of the race, telling Bethesda Beat,

“These claims are false, defamatory, and born of actual malice,” Waldstreicher, who has served as a delegate since 2007, said in the statement. “When they go low, I go high—standing up for our community’s progressive values, leading the fight for $15 minimum wage, investing in our schools and resisting the Trump administration at every turn.”

A Miner Detail spoke off the record on Friday evening with Waldstreicher and is unable to print the content of the conversation.

Given his knowledge of my own struggles with litigation abuse, it is appalling to me that his official, on-the-record statement to the media would be postured litigiously with words like “defamatory” and “actual malice” – especially because he knows what he said and the truth of the matter – AND because I’m running for Delegate! I have no doubt, especially given his knowledge of my own domestic and litigation abuse experience, that these comments were launched to silence me.

Waldstreicher has yet to respond to A Miner Detail’s request for comment.