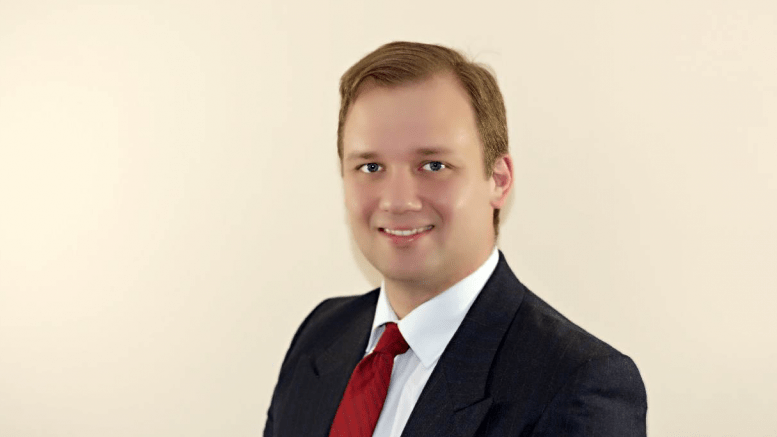 A relative newcomer to Maryland politics filed paperwork yesterday with the Maryland State Board of Elections, becoming the third Republican candidate this cycle to file for Maryland’s 6th Congressional District.

Bradley Rohrs, 34, of Germantown has filed for the seat being vacated by Rep. John Delaney (D-Potomac), who is running for president of the United States.

Rohrs has not yet filed his Statement of Organization paperwork – FEC form 1 – with the Federal Election Commission.

Shortly after filing paperwork in Annapolis, Rhors contacted A Miner Detail yesterday to announce his candidacy. The first-time candidate iterated that he and his wife moved last year from Baltimore to Germantown.

On the Democratic side, David Trone, a wealthy business executive who spent close to $13 million of his own money last year on a losing congressional bid in the 8th Congressional District, is facing off with state Del. Aruna Miller (Montgomery); state Sen. Roger Manno (Montgomery); retired Army intelligence officer and a former two-time Democratic nominee in the 6th Congressional District, Andrew Duck; and emergency-room pediatrician Nadia Hashimi.

Rohrs said he graduated from the University of Maryland Baltimore County in 2008, earning a Bachelor of Science degree in Financial Economics and a certificate in accounting. Rohrs is working as an associate broker with Douglas Realty (rental properties/property rehab).

He and his wife, Sunny Duan, who immigrated to the United States five years ago from Beijing, have been married for three years.

In an email to A Miner Detail, Rohrs wrote,

I’m running because our country’s leadership is taking us in the wrong direction. A quote that I heard recently (forget who said it) was that if you think that one party is good and the other party is bad, you’re probably half right. I certainly agree with the sentiment. Congress has prioritized short term political expediency over long term stability. They have prioritized identify politics and obstructionism over unity and common goals.

My background is in real estate which has given me a wide perspective on the issues facing this country. Working in real estate I have had a chance to meet hundreds of different families in various tax brackets and discuss their financial goals. I started in real estate in Baltimore City on North Avenue where houses were selling for less than $50,000. It was there I learned about the struggles that lower income families had in getting their children into good schools. Parents who had to enter lotteries and pray that their child’s name was drawn least they be relegated to a failing gang ridden school that would doom them to failure. I learned how government fees that seem small to people in wealthier areas were crippling to those earning lower wages. The impression I was left after a few years cutting my teeth in the city with was that those in the lower income areas were good people, but they were held back by big government. A government which wasn’t only not helping them, but actively holding them down.

I had recent college grads come into my office looking to buy a house, with great incomes and credit, only for them to find out that high student loans would keep them from buying a home that met all their needs. Many of these young educated families would have been in great shape if not for the out of control growth in college tuition. If we want the next generation to be fiscally strong, we cannot allow the education racket to take advantage of young Americans.

I eventually was hired to represent families spending well over $1,000,000 on their homes and found that even people earning much higher incomes were still dealing with financial uncertainty. It is true that they had enviable incomes, but many rely on both the husband and wife to work and if either were downsized they would find themselves in a poor financial position very quickly. That isn’t to say we shouldn’t hold people personally accountable for their financial decisions whether it comes to education or which home they buy, but the reality is that we are all in this country together and we need a strong economy if we want to continue to be the greatest country in the world.

You are going to see on my website over the next week a series of detailed policy proposals ranging from energy production, to medical research, to health care, to tax cuts.

A Miner Detailed asked Rohrs via email about his thoughts on the CD-6 Democratic primary.

We put a lot of effort into our op-research in CD-6 and we are confident we can do well in the general should we get the nomination. While we don’t want to give away our strategies for the general, suffice to say the Democrat’s are in a much weaker position without Delaney regardless of the nominee. Bill Frick was their most talented prospective nominee, so I’m personally surprised he refocused his efforts on a different race. This leaves Delegate Aruna Miller and David Trone as the front runners. Duck is a nice guy, but he doesn’t have the talent to overcome his lack of resources.

Based on what I saw last election cycle, Delaney had much more poise and natural ability as a politician than either Trone or Miller. Trone obviously has sufficient resources to run a campaign, but ultimately I expect Delegate Aruna Miller to win the nomination. She has raised enough money to not be beaten by Trone flooding the airwaves and has a better understanding of the key Montgomery County areas in CD-6.

Trone may surprise us if he has developed his skill set, but the Trone we saw in 2016 would have a lot of trouble against Delegate Miller.