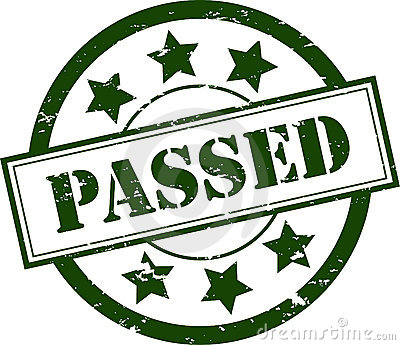 To quantify how important it is to me that I get this story out there, I am delaying watching Supergirl, the first episode of the 4-part crossover event on the CW. Reporting > Nerd Stuff, at least for this evening.

This evening, the Frederick County Republican Central Committee held a open and closed session. I was in attendance in the gallery, along with Delegate Bill Folden and Mark Schaff. A reporter from the Frederick News-Post was there as well. I also saw State Senator Michael Hough lurking in the shadows of Frederick Air, but did not see him leave. I can only guess why he was walking around the back of the building before the meeting started and did not show his face during the meeting. We will attempt to find out his whereabouts.

For some unknown reason #StolenValor Robin Ficker, the unintelligible Dan McHugh, and two other attorney’s were present. For some reason, Montgomery County GOP decided to come up to Frederick to interfere with our Central Committee.

At the offset of the meeting, Chairman Shreve reminded everyone that video and audio recording is not authorized. Obviously, due to the nature of the impending discussion, this reminder was needed.

First topic up for discussion was the MDGOP convention, to be held this weekend at the Holiday Inn Conference Center (built without taxpayer dollars). The County GOP organizations will be hosting a hospitality suite.

But that’s not what you wanted to read about. You want to hear about the bylaw amendments that were covered last week.

The meeting started off with the review of the proposed bylaw amendments. Turns out these amendments are actually from the Howard County Republican Central Committee, meaning they have been approved and utilized by another Central Committee.

In response, JoeyLynn Hough handed out a written response to everyone in attendance except myself and Mark Schaff.

Here’s where it got a little interesting. Delegate Bill Folden wanted to address the Central Committee and there was a little kerfuffle about this. Basically, Chairman Shreve declares Folden out of order for interrupting the meeting.

I can see both sides of this. At the Central Committee meetings, generally only the committee members can speak. On the other hand. Folden is an elected representative and wanted to contribute in a positive manner to the upcoming proceedings. Here’s where I let you make up your own mind about who was right or wrong.

JoeyLynn Hough reads out the written statement verbatim in a slow, almost painful manner. The statement was full of literary devices, comparing the proposed bylaw changes to the “tyranny of the majority” and compares them to 3rd-world dictators. For good measure, a Castro reference was thrown in there. It reminded me of straight up Republican red-meat rhetoric.

In a statement that drew a chuckle from members of the gallery that actually live in Frederick County, JoeyLynn Hough complains that the bylaws are a “loyalty test.”

Robin Ficker tries to interrupt the proceedings as well, but that was shot down faster than the existence of the Frostburg Courthouse and his military career.

Michael Hill weighed in after the lengthy read of the Hough statement. He essentially repeated everything that Hough stated, but added that if these changes were to be passed that the removal hearings should be open meetings, not closed sessions.

Chairman Shreve decides to make a little joke, stating “the article that was in the paper had the wrong bylaws. Good job!”, addressing the Frederick News-Post reporter in the room.

As the meeting progressed, there were a few changes and minor modifications to the bylaw amendments. Darren Wigfield made a proposal to address a grammatical mistake and a time duration mistake.

Jason Miller states some concern about whether or not Darren’s modifications are significant enough to warrant a new 7-day waiting period to pass the amendment. Cyndi Schaff mentions that previously, the Central Committee had amended and approved changes in the same day.

As Darren Wigfield’s edits were mechanical in nature, the entire Central Committee votes for the modification except JoeyLynn Hough.

Michael Hill also proposed his own changes. He wanted to modify the amendments to allow the removal hearings to be an open meeting in the interest of transparency. He also proposes that the vote be public as well, not a secret ballot like when nominating a chair of the committee. Hill’s motion fails 6-3.

Brooke Winn decides to speak up and also address the Frederick News-Post, by taking full credit for the crafting and proposal of the bylaw amendments. You may recall that the FNP erroneously reported that Chairman Shreve proposed the bylaw amendments. Based on the attitude towards the FNP during the meeting, I have a strong feeling that most of what they reported was inaccurate information. This sentiment was echoed to me personally after the meeting by various members of the Central Committee.

Winn discussed her reasoning for the proposals, essentially that she wants to hold the Central Committee responsible for stabbing the party in the back.

Miller and Wigfield have some back and forth, which could be summarized as “Two Libertarians discussing the First Amendment.” The result of this is that Miller proposes a modification which makes the confidentiality clause only apply to official business.

Shortly after, Miller has to explain the concept of sabotage to Hill, with a noteworthy quote of “you are entitled to your own opinions, not your own facts.”

The bylaw amendments come to a vote. The outcome was 7-2 in favor, with Hough and Hill voting against them.

Miller then requested that all the visitors be afforded the chance to speak, which Shreve gave them 2 minutes each. Summary:

After the comments from the gallery, the Central Committee moved into closed session. A few things of note when we left the building:

Be the first to comment on "Frederick CC – Code of Conduct Bylaws Passed."