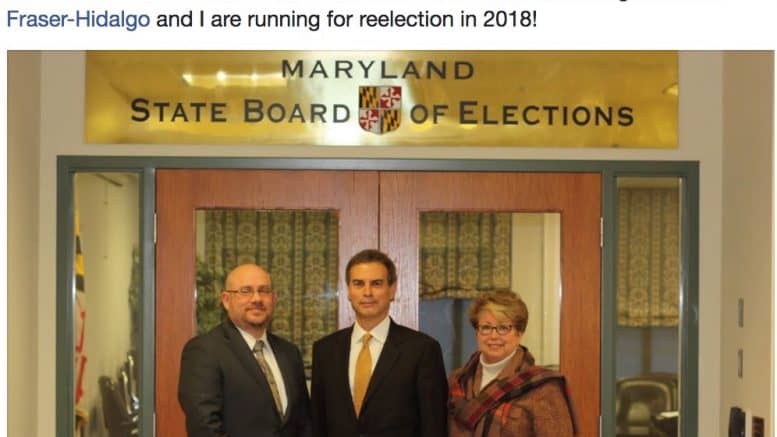 Feldman, Dumais and Fraser-Hidalgo jointly filed together for re-election on Nov. 15. Miller is not seeking a third term but is instead running for Congress in the Sixth Congressional District. 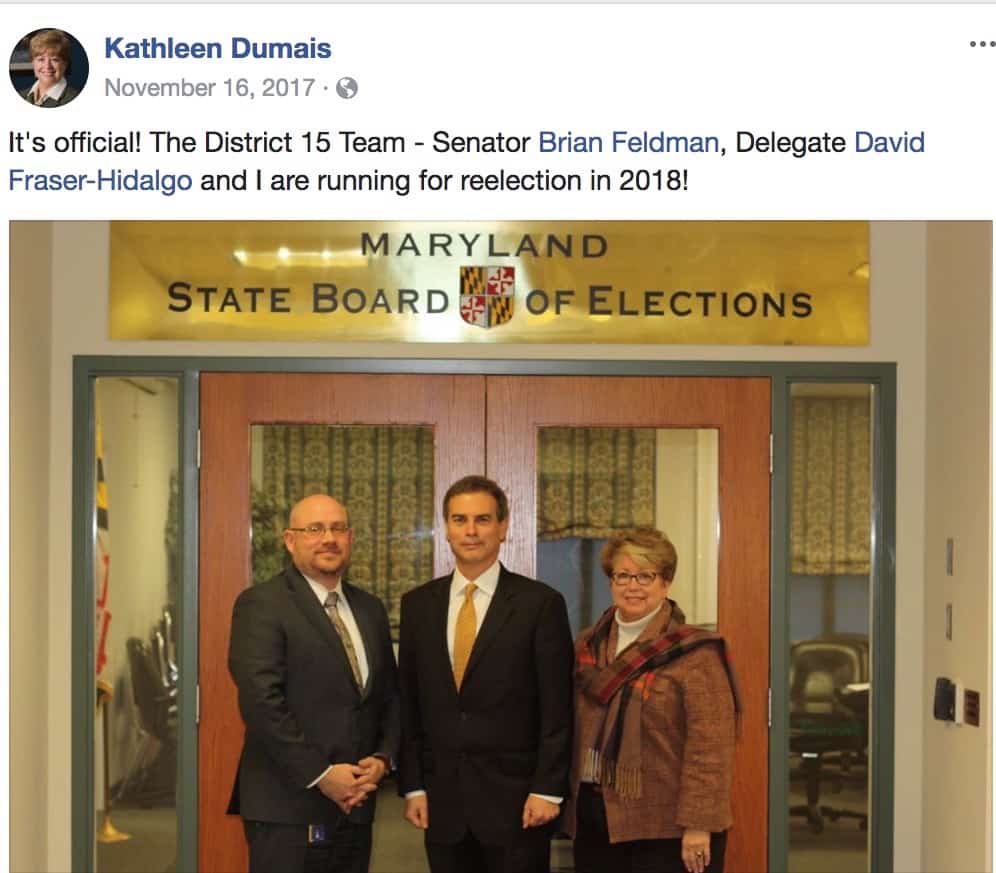 Lily Qi’s District 15 campaign is off to a promising start.

Qi, who serves as the Assistant Chief Administrative Officer for Economic and Workforce Development at Office of the County Executive for Montgomery County, kicked off her campaignon  Nov. 5 at the Potomac Community Center in front of a sizeable audience.

Montgomery County Executive Ike Leggett joined Qi at her campaign kickoff and offered her a “resounding endorsement,” according to Qi’s Facebook page. 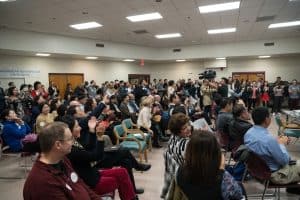 Since her kickoff, Qi has been speaking at house parties hosted on her behalf as well as meeting community leaders and District 15 residents.

Qi’s campaign is hosting a New Year’s Reception with County Executive Ike Leggett on Saturday, Jan. 6th from 5-7 pm at the Pandora Seafood House in Rockville Town Center, according to an email blast released today by her campaign. 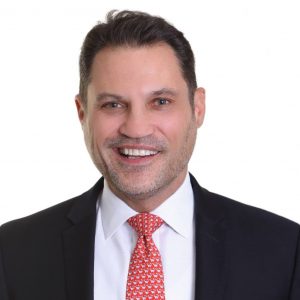 Since filing, Mack has been steadily building his campaign apparatus, raising campaign funds, working his vast political network and building coalitions within the District 15 community.

Mack is currently serving as Rep. John Delaney’s (D) District Director, a position he has held since 2014.

Wootton High School newspaper, Common Sense Newspaper, first reported on on Van Wye’s entrance into the District 15 race on Nov. 20. A 2009 Wootton graduate himself, Van Wye was a former legislative reporter for CQ magazine until he decided to run for elected office.

Anis Ahmed filed his candidacy for District 15 on Dec 11.

According to a flyer posted on Ahmed’s personal Facebook page, the North Potomac resident is officially kicking off his campaign Sunday, Jan. 7 at the House of Kabob inside the Lake Forrest Mall. 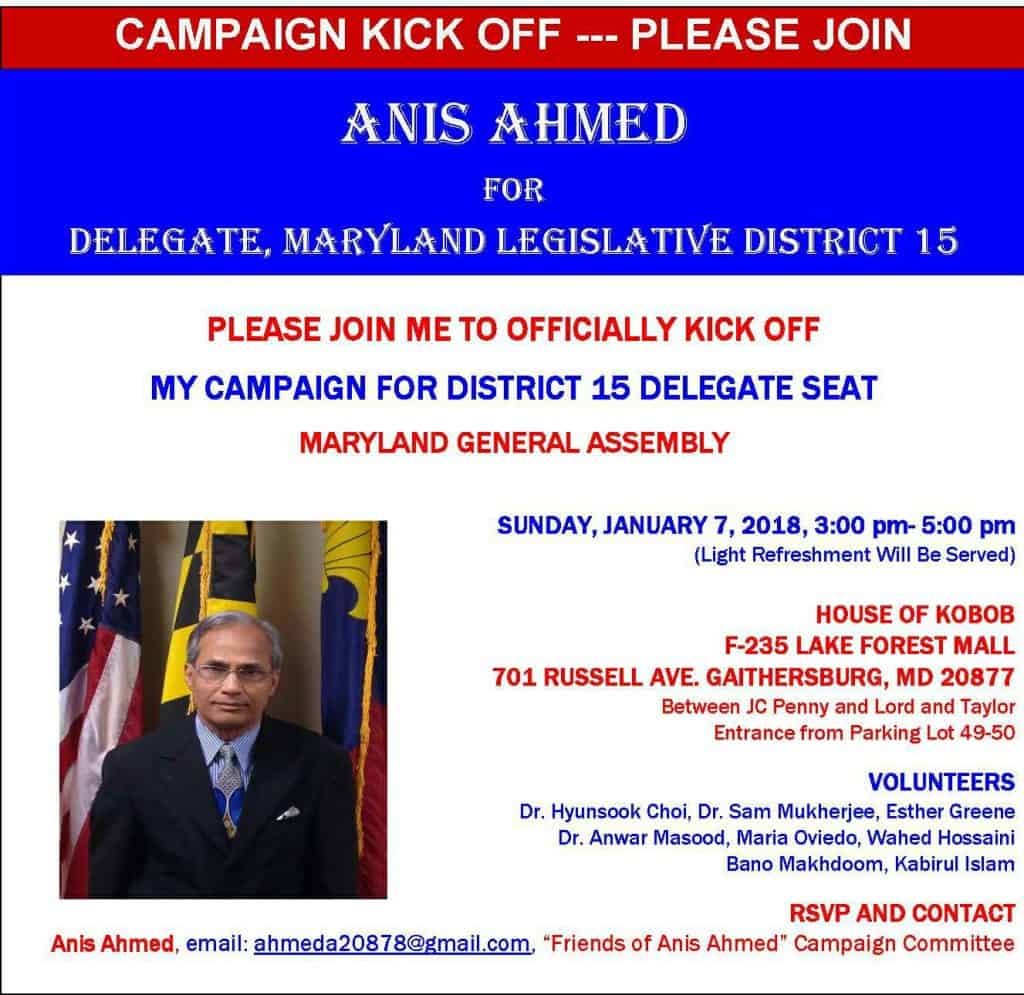 Two non-slate candidates, Anis Ahmed and Kris Verma, are seeking seats in District 15. Ahmed received no votes when he sought the appointment to the delegate vacancy created by Brian Feldman’s move to the Senate.

Last year, Puca was gearing up for another run in the Sixth Congressional District but ultimately decided to run for Montgomery County Council. Puca had mounted an unsuccessful primary challenge against incumbent Rep. John Delaney (D) in 2016 but was soundly defeated by Delaney in the Democratic primary.

On Dec. 28, Puca posted in the Maryland Politics Facebook group his reasons for dropping his bid for the Couty Council and explained why he opted to run for District 15 instead. The post was later deleted, however.

Several sources speculate that Khan will announce his bid for District 15. 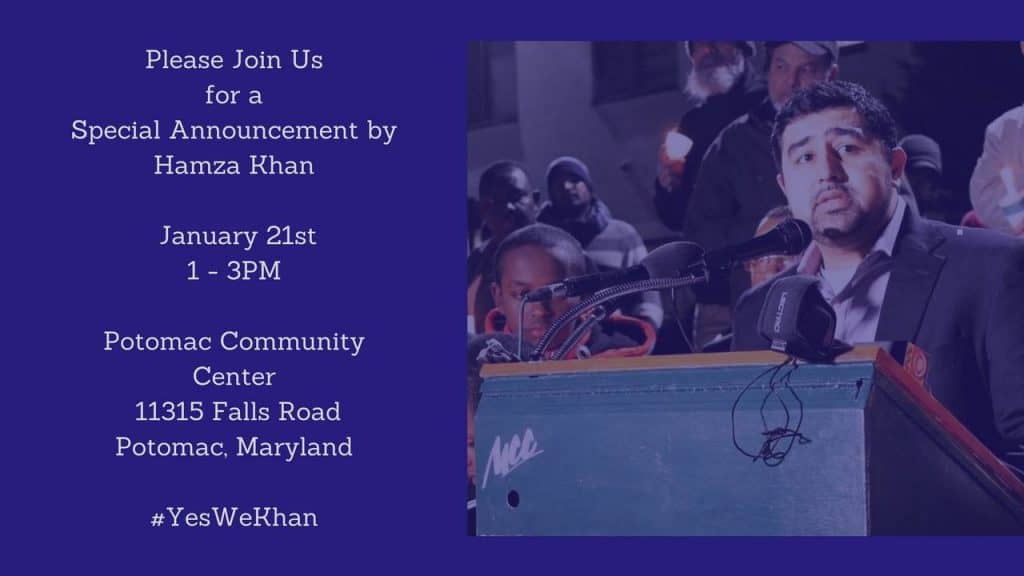 Qi to kick off District 15 campaign on Nov. 5 in Potomac

Be the first to comment on "District 15 updates (The Democrats)"