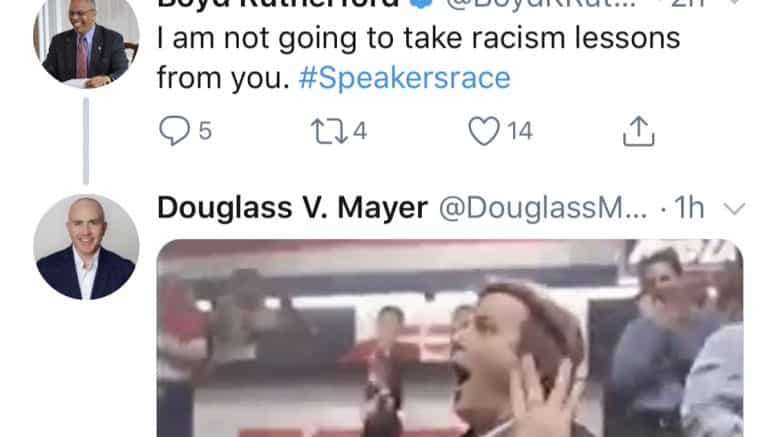 President Donald J. Trump’s late July weekend was typical: A few rounds of golf at a Trump-owned property, reacting impulsively to a Fox & Friends segment, and a barrage of tweets aimed at yet another minority member of Congress.

Trump fired away at Cummings on Saturday, attacking Maryland’s 7th congressional district – which encompasses a wide swath of Baltimore City and parts of Howard and Baltimore Counties – as a “rat and rodent infested mess.”

Trump’s hate-tweet dug deeper: “No human being would want to live there.”

Fact check: Hundreds of thousands of Marylanders want and choose to live in the urban Baltimore City district.

But the impetus behind Trump’s tweets aren’t necessarily rooted in any grave concern over Baltimore City’s systemic socioeconomic conditions. The predictable Trump is lashing out at Cummings because Cummings is the chairman of the House Oversight Committee.

Rutherford responded on Twitter to Trump: “Mr. President @realDonaldTrump, I have substantial policy differences with Congressman @RepCummings. However, I hope your criticism is not directed at the many good and hard working people who live in the district.”

A takedown of Trump it was not – but what came after was even better.

Del. Kirill Reznik (D-Montgomery County), unhappy with Rutherford’s mild rebuke of Trump, tweeted under the same thread: “Why qualify it about policy differences? Why imply that if the attack is just directed at Cong Cummings that makes it ok? Why not just denounce this racist nonsense? It’s just that simply.”

A swing and a miss.

Rutherford, who is black, quickly clapped back at Reznik in a similar style to House Speaker Nancy Pelosi (D).

Rutherford tweeted: “I am not going to take racism lessons from you. #Speakersrace.”

There was nothing mundane about the lieutenant governor’s clapback at Reznik – but it was meaningful.

Be the first to comment on "Boyd Rutherford’s clapback"