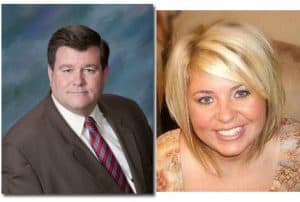 Western Maryland may be witness to a blockbuster of a Republican primary in legislative District 1C in 2018. The Allegany and Washington County hybrid district stretches from the Town of Williamsport, up I-70 West through Hancock and up 68 West, past Rocky Gap, past the Green Ridge Mountains, ending inside of the City of Cumberland.

A behemoth of a legislative district both in size and political clout, before its legislative lines were redrawn to include Williamsport, it saw two formidable politicians – one Democrat and one Republican – represent its constituency in the last 25+ years: the former speaker of the Maryland House of Delegates, Casper R. Taylor, Jr., who served as speaker for nearly ten years from 1994-2003 and LeRoy E. Myers, Jr., the renegade Republican from the other side of the mountain in Clear Spring, who succeeded Taylor in 2003, ousting him in the 2002 general election by razor-thin margin of 80-some votes.

Some political analysts will tell you that Speaker Taylor lost to Myers because he was lazy. Others, however, myself included, surmise that LeRoy Myers, with the help of grassroots experts in the likes of the inimitable former two-term Maryland Republican delegate, Don Murphy, simply wanted to win more than Taylor. And indeed, Myers won.

Myers’ triumph over Speaker Taylor in the fall of 2002 was one of the biggest legislative upsets in Maryland political history. The same year, Bobby Ehrlich, the golden boy from Arbutus, the rising Republican star of Maryland, won a stunning gubernatorial upset victory over Robert F. Kennedy’s eldest daughter, Kathleen Kennedy-Townsend (or, as some called her, KKT). Interestingly, Myers’ time in Annapolis would far outlast Ehrlich’s short tenure.

Delegate Myers served District 1C from 2003 until 2015 – 12 years in total. In the fall of 2013, Myers, a reliable conservative albeit a pragmatic politician, announced that he wouldn’t run again for the House of Delegates in 2014. Instead, and to the shock of some county residents, standing before his family, political allies and friends at the Leonard P. Snyder Memorial Library on Broadfording Road in Clear Spring, Myers announced his bid for the Washington County Board of County Commissioners.

The rest of the story is political history.

It was five months later that Myers earned a third-place victory in the November general election with 22, 655 total votes, propelling him into a seat on the Board of County Commissioners. In the same timeframe, Commissioner Myers married his lovely bride, a City of Cumberland councilwoman, Nicole Alt Myers. Later, in May of 2015, the dynamic political couple held an official ceremony in Hagerstown that I, and many other friends, had the pleasure of attending.

In roughly 2013 or so, Delegate Myers hand selected his Republican political successor for District 1C: Allegany County Commissioner Michael W. McKay. The robust commissioner from Allegany County has a folksy charm and a solid record in Cumberland as an upstanding member of the business community.

McKay’s Republican challenger in 2014 was Ray Givens, a single-issue candidate with a penchant for troublemaking and giving Delegate Myers extreme heartburn. Givens managed to land himself on Myers’ naughty list after he shouted to anyone willing to listen that LeRoy apparently pledged to support his impending candidacy for 1C during some closed-door meeting between the two. Myers would claim no such agreement was ever made; Givens says otherwise. Thus blossomed a longstanding grudge that, to this day, remains, to my knowledge, unresolved.

McKay won the 2014 June Republican primary over Givens with 1,568 votes; however, Givens won over McKay in Washington County with 792 votes to McKay’s 615 votes but lost in Allegany County with 430 votes to McKay’s 953 votes. Embittered and degraded, Givens would later work against his fellow Republican, McKay, in the November general election, eventually supporting McKay’s eventual Democratic opponent. To this day, Givens still hasn’t reconciled his loss.

Now onto the real juice of this story:

38-year-old former Cumberland City Councilwoman, Nicole Alt Myers, a Republican, and, incidentally, Washington County Commissioner LeRoy Myers’ spouse, is, according to anybody in the political know in Western Maryland, seriously considering a primary challenge to the Republican McKay in 2018.

All the telltale signs of an impending run for higher office are visible with respect to Alt-Myers.

She is a popular former city councilwoman from Cumberland; she has significant ties to the business community in both Allegany and Washington Counties; she was recently appointed by Gov. Larry Hogan to the Maryland Economic Development Corporation (MEDCO) Board of Directors; she has kept a relatively active public Facebook page, in which you see dozens of photographs of her attending various events in and around District 1C; she recently traveled to South Korea with her husband, Commissioner Myers, for a county business development trip.

Alt-Myers even dipped into the chaotic mess that was the 2016 Republican presidential primary when she was appointed to serve on Ohio Gov. John Kasich’s presidential Leadership Team.

Another sign indicating that Alt-Myers may wade into the 2018 1C Republican primary is a November 14, 2015 WBAC Radio news article that mentioned Alt-Myers as a possible candidate for the district seat:

Finally, outgoing House 1C representative Leroy Myers, a Washington County Commissioner-elect, is also said to have an interest in the senate seat- with his wife Cumberland City Councilwoman Nicole Alt Myers said to be interested in the 1C seat.Nicole is young, vibrant, wicked smart, politically savvy and earnest to be

Political relationships can change rapidly, even among so-called political allies. LeRoy Myers threw his support heavily behind McKay in the 2014 Republican primary, perhaps only tangentially to prevent Givens, Hancock’s own Yosemite Sam, from being elected. There are other rumors still swirling around in the political sphere that both LeRoy and Nicole supported Nick Scarpelli over McKay in the 2014 general election.

So, its begs the question as to what happened to the relationship between Commissioner Myers and Delegate McKay? Did a falling out of some kind occur behind the scenes between the two officials that the general public isn’t aware of? What’s going on between those two? Both are really good guys. I have considerable respect for both men. But my opinion in this story doesn’t matter.

It’s sometimes considered poor form to challenge popular incumbents of the same political party, and I wouldn’t say that Delegate McKay is unpopular by any stretch. McKay is a down-the-line Hogan-style conservative. He’s a reliable vote in the House of Delegates for the Republican agenda, and he’s been all over his district since being elected, meaning that he’s present to his constituency. McKay has serious political allies as well (e.g., the popular Washington County commissioner, Jeff Cline).

But Nicole Alt-Myers, if she does decide to challenge McKay in the 2018 1C Republican primary, will be an absolutely formidable opponent. McKay should begin now to prepare for a possible bid against him by Alt-Myers. This won’t be an easy race for McKay if Myers is his opponent.

Myers is wicked smart and still remains intensely popular among her Cumberland constituency. I know from experience that Nicole is all brains. She knows public policy, and she can sell a political bill of goods like you haven’t seen before. She’s a talented and capable politician with, from what I can tell, a burning desire for a sequel in public service.

Another political reality to consider in a possible race between McKay and Alt-Myers is that Alt-Myers will be able to raise and/or self-fund significantly. Money talks in local races; Myers will certainly not be short on cash. And I don’t expect McKay will be, either.

The 1C Republican primary could be one of the 2018 marquee political races in Western Maryland to watch. A Miner Detail will have you covered.

Be the first to comment on "A contentious 1C Republican primary in 2018?"