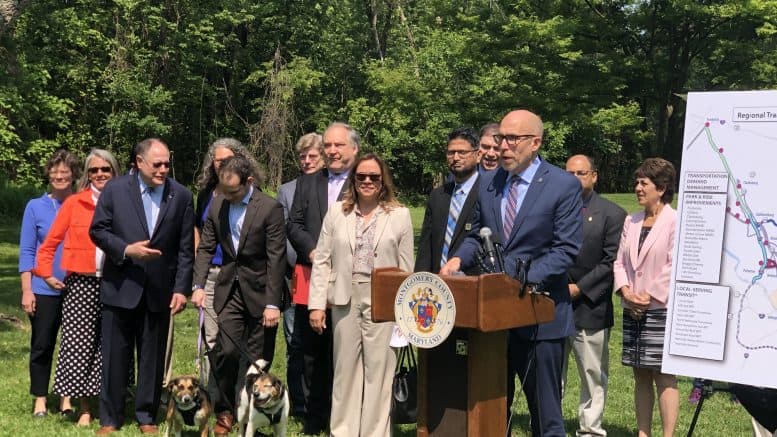 SILVER SPRING, MD — Less than 48 hours before the three-panel Maryland Board of Public Works is set to cast a critical vote on whether to approve Gov. Larry Hogan’s $11 billion traffic mitigation plan, more than a dozen area county and state officials on Monday introduced a 7-point plan to relieve traffic congestion on Interstate 270 and the Capital Beltway.

County and state leaders from Montgomery, Prince George’s and Frederick Counties joined one another on Monday morning at Indian Spring Terrace Local Park, where they held a press conference to introduce an alternative traffic mitigation plan.

The press conference, introducing a cohesive plan backed by local county and state leaders, comes nearly a year and a half after the governor released his own traffic plan, that includes widening Interstate 270, the Capital Beltway and the Baltimore-Washington Parkway and adding toll lanes to the new roads.

Hogan’s plan calls for a private company to construct the new lanes and manage the tolls on the Beltway and Interstate 270.

So far, Hogan’s traffic relief plan has garnered widespread support across the region, with a recent poll indicating that 61 percent of D.C.-area residents favor adding toll roads and widening the Beltway and I-270.

Area leaders are marketing their plan as the “Locally-Supported Congestion Relief Plan.” 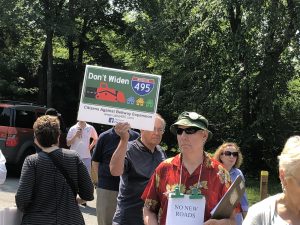 POINT 2:  MAKE IMPROVEMENTS ON THE BELTWAY EAST OF I-270

POINT 5: DEDICATE SOME OF THE TOLL REVENUE TO TRANSIT 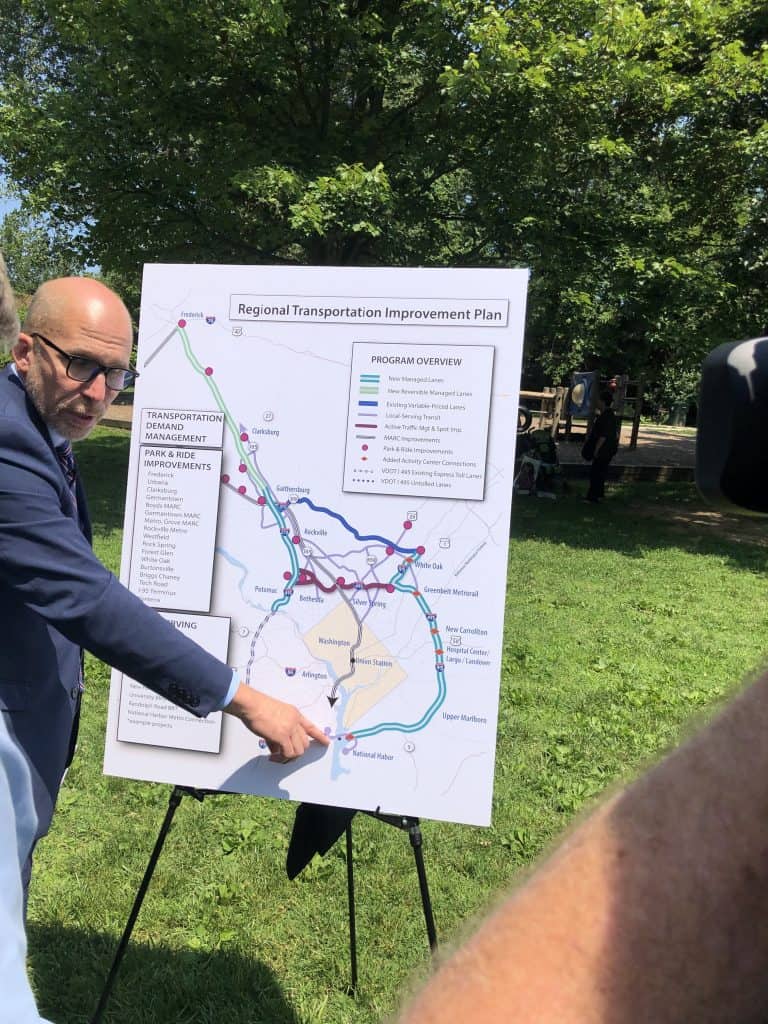 Hucker said many of the ideas released in the alternative plan are “not new ideas.”

“They have the support of our local officials who were behind me and dozens that are not here today, “Hucker said.

“It’s a balanced plan, not a hundred percent highway plan.”

SUMMARY OF THE ALTERNATIVE PLAN:

Hucker concluded with a request that Franchot and State Treasurer Nancy Kopp (D) “remand the pre-solicitation request report back to MDOT and direct them to adopt those changes, and to win the support of the local elected officials behind me.”

A Miner Detail will update this story with remarks from each of the elected officials who attended Monday’s press conference.

The list of participants at Monday’s press conferenced included: