It is likely that you did not hear about John Delaney’s weekend campaign adventure. It is not often that our uber-rich Congressman leaves the Ivory Tower of Montgomery County.

John Delaney (note that I am addressing him without his title, as this event was not an event is his official capacity as a Congressman. Delaney was performing campaign activity related to his re-election) held a bike tour of a tiny sliver of the 6th Congressional district. On Friday, he biked from Williamsport to Sharpsburg with stops along the way. On Saturday, he biked from Sharpsburg to Brunswick in the morning and Brunswick to White’s Ferry in the afternoon. 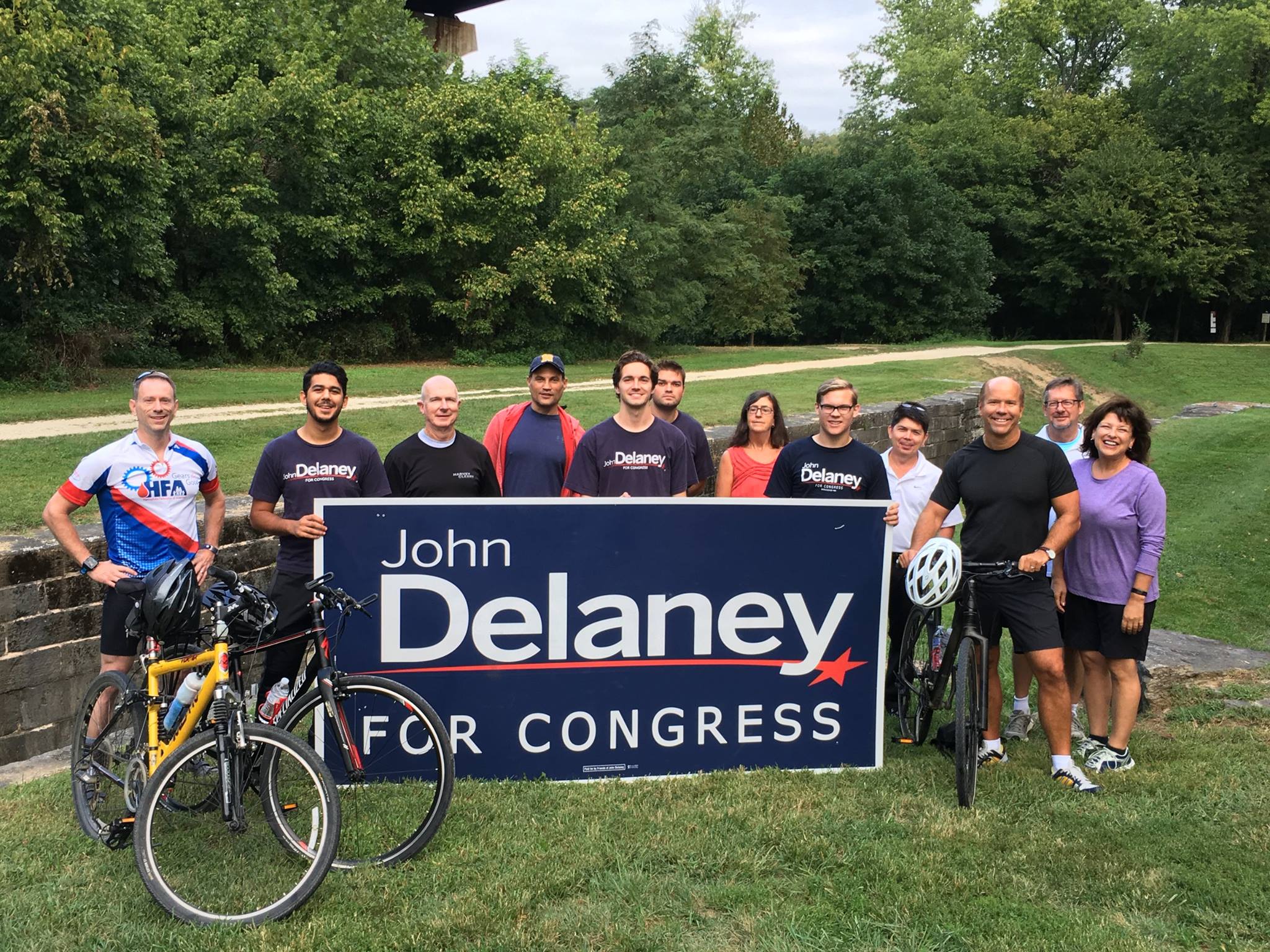 There on the far left (pun intended) is Brunswick City Councilman Vaughn Ripley. Now, I know what you might be thinking. Councilman Ripley is an avid outdoor recreation kinda guy, maybe he just happened to be in the area? Unlikely. 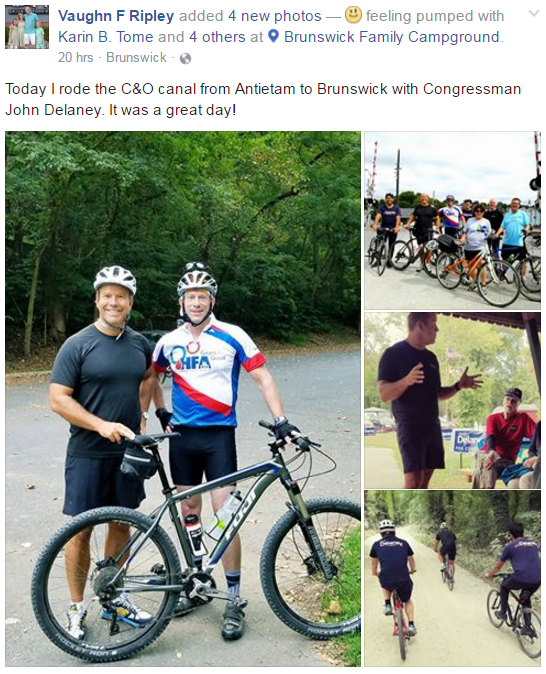 A slight correction there Councilman, you rode the canal with Candidate for Congress John Delaney. I am sure that you are well aware of the difference between an elected representative conducting the official duties of their office and campaign activity. 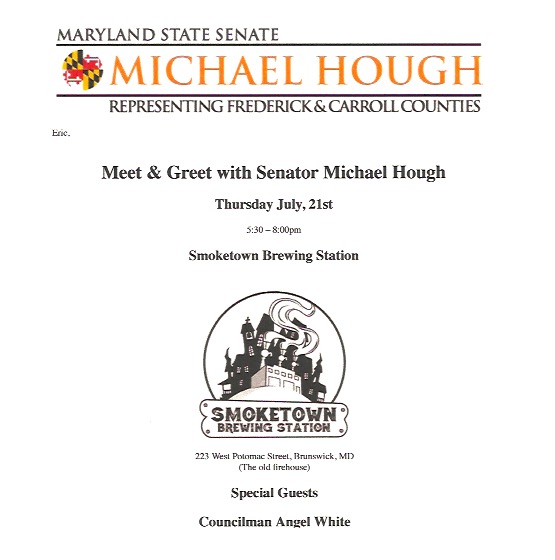 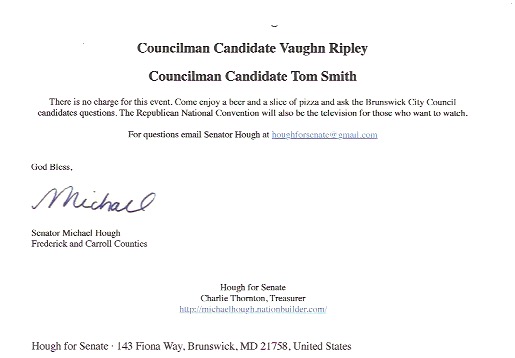 Did Michael Hough, poster child of the Theocratic wing of the Tea Party and former Maryland Campaign Chairman for Ted Cruz for President endorse a liberal?

Aside from Ripley appearing at a campaign event for Delaney, the Brunswick City Council voted 4-1 during the August 9th Council Meeting to sign a letter from the Maryland Municipal League supporting the impending hotel tax increase, an issue which Hough has been vocally against. Councilman Tom Smith was the only member to vote against it. 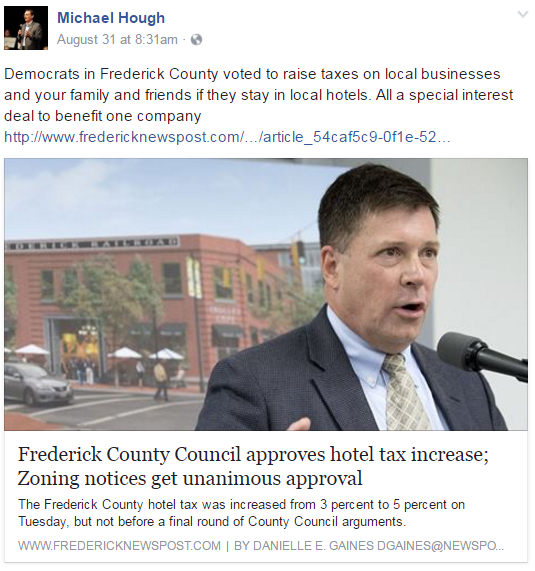 Did Michael Hough do his homework before endorsement?

Be the first to comment on "Did Michael Hough endorse a liberal Democrat?"