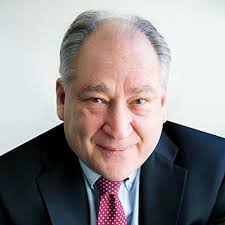 Elrich held on to his razor-thin lead over businessman and former health care executive David Blair throughout the absentee and provisional ballot counting process. As of this afternoon, Elrich, 68, led Blair by 86 votes.

974 ballots were eligible for rejection Sunday. The final votes were counted today.

Elrich will go on to race Republican Robin Ficker in the November general election and, potentially, Councilman Nancy Floreen (D-Garrett Park), who last Monday filed her declaration of intent to run for the executive job as an independent – in Maryland, independent registrants are called “Unaffiliated” – candidate, according to the Maryland State Board of Elections.

Floreen said in a statement that she would wait for all the votes to be counted before making a final decision to run.

Be the first to comment on "Marc Elrich wins Montgomery County executive Democratic primary by 80 votes."